Progress on the development of polyampholyte polymers for use in biomedical applications is reviewed. 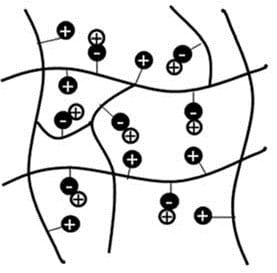 Polyampholytes are polymeric systems composed of monomers of varying charge.  The strength of the charges as well as the polymer architecture influence both the mechanical properties and the response to external stimuli.  The possibility of such duel control, and the unique traits of polyampholytes has led to their use for many and diverse purposes.  Published in the Journal of Applied Polymer Science the excellent piece by Kevin M. Zurick and Matthew Bernards (University of Missouri) reviews the recent advances made towards using polyampholytes in biomedical applications. 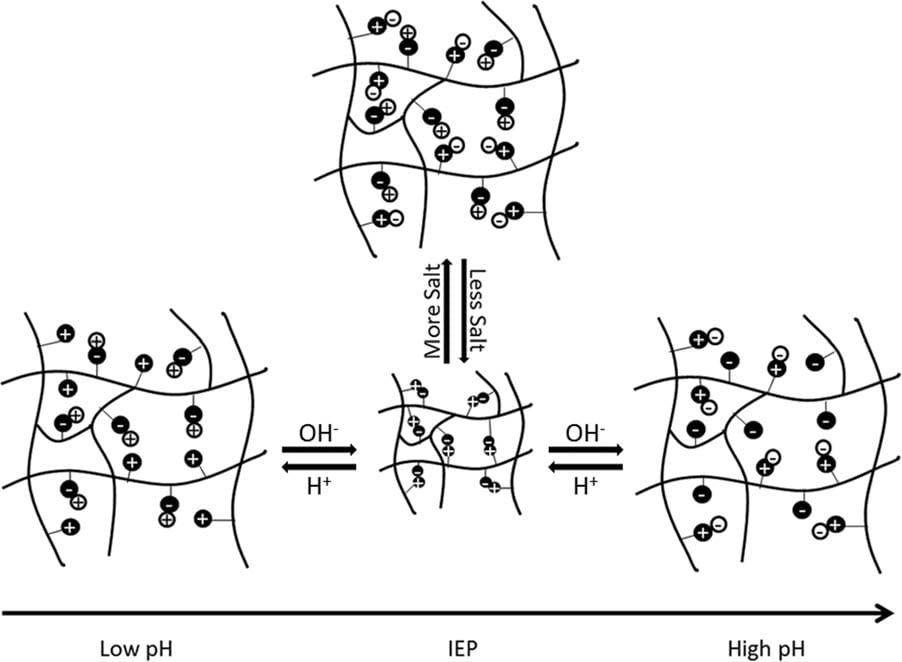 Polyampholytes can exist as random copolymers with a distribution of oppositely charged monomers throughout the polymer, as block copolymers where the charged monomers are polymerised in separate regions of the polymer, or as nonlinear star polymer networks.  In addition, there are four subclasses of polyampholytes based on the strength of their anionic and cationic functional groups.  All of these variations have been shown to influence the final behaviour of the system.

The beginning of the review provides detail on the characteristics of polyampholytes that make them appealing for biomedical use.  The authors go on to highlight surface grafted polyampholyte polymers and their use as biosensor and surface coatings.  They then discuss polyampholytes for membrane-based bioseparations, drug delivery, and tissue engineering.

Despite the significant amount of progress that has been made, there have been few studies investigating the behaviour of polyampholytes in vivo.  Bernards feels that new experiments of this kind are key to attracting more attention to polyampholytes from the biomedical community, and plans to move his research in this direction.