Platinum might not be the right thing for fuel cells – is there a better catalyst?

A researcher has argued that fuel cells are inefficient because they're using the wrong catalyst material. 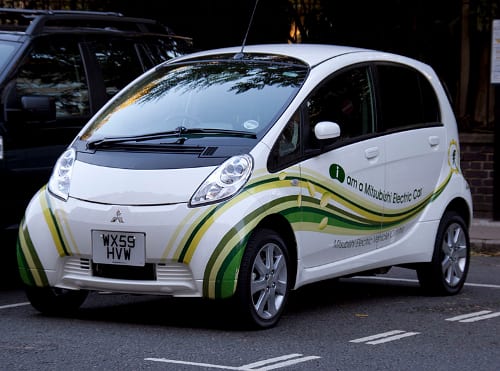 Fuel cells are inefficient because the catalyst most commonly used to convert chemical energy to electricity is made of the wrong material, a researcher at Case Western Reserve University argues. Rather than continue the futile effort to tweak that material – platinum – to make it work better, Professor Alfred Anderson has urged his colleagues to start anew.

“Using platinum is like putting a resistor in the system,” he says. Anderson freely acknowledges he doesn’t know what the right material is, but he’s confident that researchers’ energy would be better spent seeking it out than persisting with platinum.

“If we can find a catalyst that will do this [more efficiently],” he said, “it would reach closer to the limiting potential and get more energy out of the fuel cell.”

Anderson’s analysis as well as a guide for a better catalyst have been published in a recent issue of Physical Chemistry Chemical Physics and in Electrocatalysis online.

Even in the best of circumstances, Anderson explains, the chemical reaction that produces energy in a fuel cell like those being tested by some car companies ends up wasting a quarter of the energy that could be transformed into electricity. This point is well-recognized in the scientific community, but to date efforts to address the problem have proved fruitless.

Anderson blames the failure on a fundamental misconception as to the reason for the energy waste. The most widely accepted theory says that impurities are binding to the platinum surface of the cathode and blocking the desired reaction.

“The decades-old surface-poisoning explanation is lame, because there is more to the story” Anderson said.

To understand the loss of energy, he used data derived from oxygen-reduction experiments to calculate the optimal bonding strengths between platinum and intermediate molecules formed during the oxygen-reduction reaction. The reaction takes place at the platinum-coated cathode.

He found the intermediate molecules bond too tightly or too loosely to the cathode surface, slowing the reaction and causing a drop in voltage. The result is the fuel cell produces about .93 volts instead of the potential maximum of 1.23 volts.

To eliminate the loss, calculations show, the catalyst should have bonding strengths tailored so that all reactions taking place during oxygen reduction occur at or as near to 1.23 volts as possible.

Anderson said the use of volcano plots, which are a statistical tool for comparing catalysts, has actually misguided the search for the best one “They allow you to grade a series of similar catalysts, but they don’t point to better catalysts.”

He said a catalyst made of copper laccase, a material found in trees and fungi, has the desired bonding strength but lacks stability. Finding a catalyst that has both is the challenge.

Anderson is working with other researchers exploring alternative catalysts as well as an alternative reaction pathway in an effort to increase efficiency.