Platinum and Light Together Fight Cancer 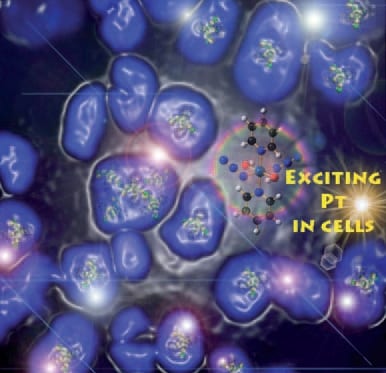 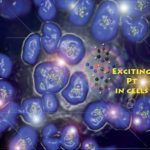 Researchers continue to search for cancer treatments that effectively destroy tumor cells while protecting surrounding healthy tissue and the body. One intriguing approach involves photoactivated drugs: an inactive precursor would be administered, then the diseased tissue could be irradiated to convert the drug into its cytotoxic form locally. Peter J. Sadler and his co-workers at the Universities of Warwick and Edinburgh, as well as the Ninewells Hospital in Dundee, have developed a new platinum complex that is suitable for this approach. As the British researchers report in new work, this new drug was demonstrably superior to conventional cisplatin.

The challenge in the production of photactivated cystostatic drugs is that the inactive form must be thermally stable and must reach its target areas, such as the DNA of diseased cells, intact prior to irradiation. Such compounds must thus be resistant to reactive biomolecules like the reductant glutathione, which is present at high concentrations in all cells. “Another challenge lies in controlling the wavelength of light used to activate the drug,” says Sadler. “The wavelength determines how far into the irradiated tissue the light can travel. Longer wavelengths go in farther than shorter ones.”

Platinum complexes are proven antitumor agents. Cisplatin is one prominent example. However, platinum drugs have significant side effects. Sadler and his co-workers hope that these can be reduced through the use of photoactivated platinum drugs. To achieve this they have developed a new platinum complex that contains two azido (N3), two hydroxy (OH), and two pyridine ligands. In its inactive form, the complex demonstrates the required stability, even toward reactive biomolecules. “The special thing about our complex is that is not only activated by UV light,” reports Sadler, “but also by low doses of blue or green light.” Light activation generates a powerful cytotoxic compound that has proven to be significantly more effective than cisplatin against a whole series of cancer cells tested. Says Sadler: “ The mechanism by which this drug works is clearly different from cisplatin. This is likely due to the two pyridine ligands that remain bound to the platinum after photoactivation.”

AI for drug discovery: What can we do?
Nanomedicine and drug delivery systems: The cutting edge of modern healthcare
Spiral polymer stents treat coronary artery disease
Nobel Prize in Medicine awarded for the discovery of hepatitis C