A trilayer plasma-deposited coating that encapsules maize to protect against infection by the fungal pathogen Fusarium graminearum. 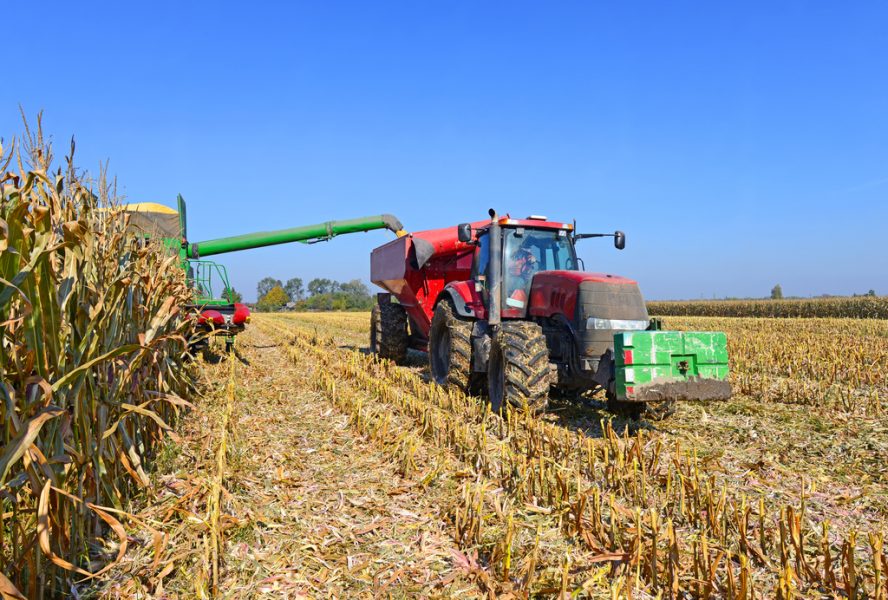 Maize is one of the most important crops of agro‐food interest, representing the first cultivated cereal worldwide, and providing a great carbohydrate source for human and livestock consumption. Under specific pedoclimatic conditions, several fungal pathogens can affect maize plants, causing a great reduction in production with consequent economic losses.

In the last few decades, seeds coated with protective chemical compounds have been widely used to reduce the impact of fungal diseases on maize plants during their initial growth stages. In particular, sowing coated maize seeds protects seedling plants in their first growth stage. Moreover, this agronomic practice can further reduce chemical treatments and negative impacts on the environment and farmer health. 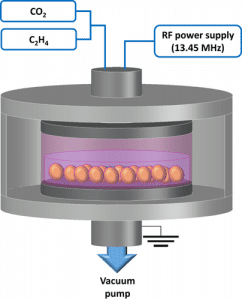 Scheme of the plasma reactor used in the study.

Plasma technologies are based on the use of ionized gases, and impact our everyday life with a huge number of applications in the field of microelectronics, polymers, packaging, environment, health and many more. Since these techniques use a minimum amount of chemical reagents and no solvents, they are also considered eco‐friendly.

Plasma technologies are now gaining great attention in agriculture for their multiple applications, especially on seeds and the decontamination of crops. However, little has been published on the plasma deposition of protective coatings on seeds. That is, until now.

A team of researchers from Italy tested whether a multilayer coating encapsulating a fungicide molecule could be effectively applied to the surface of seeds by means of plasma technology in order to control fungal infection.

The efficacy of the trilayer coating in limiting fungal infection is most likely due to its capacity to dose, the leaching time of the fungicide compound in the soil around it, as well as its ability to act as barrier against the fungi. The positive results demonstrated in the study have confirmed the potential of this approach, which is very promising since technological improvements can certainly be foreseen.

Further studies are certainly needed to confirm this hypothesis, and the structure of the trilayer coating could be further optimized. “In any case, we believe to have shown once more the potential of plasma technology in agriculture, in particular for controlling fungal infections on seeds” according to team member Chiara Lo Porto.

Closing the plastic loop with a one-pot recycling process
Photothermal Fabrics for Solar Desalination
How do nanoplastics affect crop yield and nutrition?
A new, inhaled siRNA therapeutic option for asthma