Plasma-Processed Air To Keep Your Fruit and Veggies Fresh

Researchers present an experimental set-up which generates plasma processed air to wash and dry off fresh and fresh-cut produce. 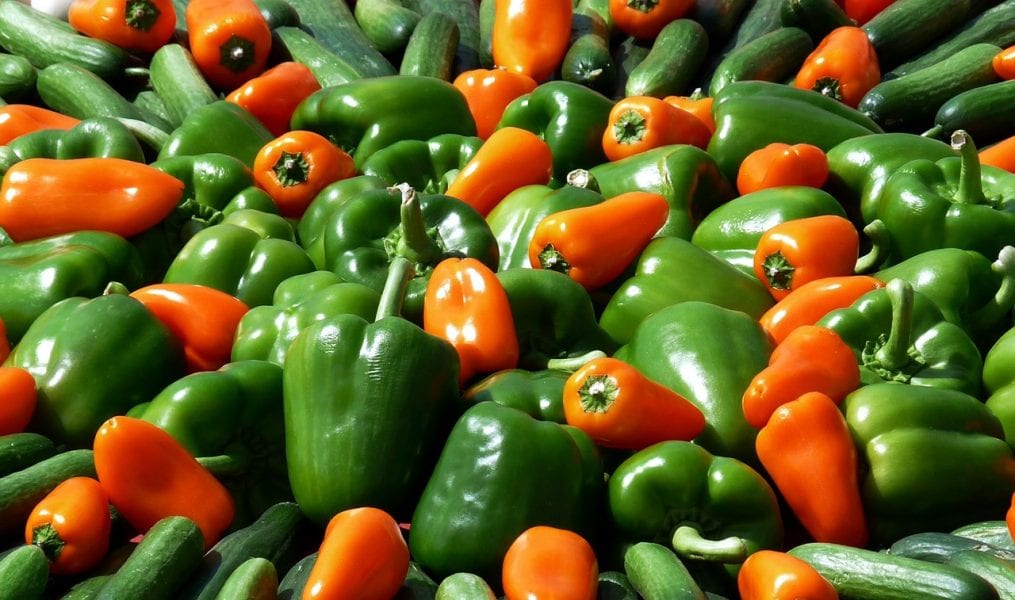 Fresh and fresh-cut produce have a limited shelf life of several days, which allows only a regional distribution of them. The limited shelf life and the associated losses of fresh produce have various causes, but especially depend on microbial contamination at all stages in the value chain. The microbial contamination may also cause foodborne illnesses, which occur annually and worldwide. Here, produce like fresh-cut salad and fresh sprouts are frequently affected. The U.S. Food and Drug Administration listed both, leafy greens and sprouts, under the ten riskiest foods in their Center for Science in the Public Interest Report 2009. The European Food Safety Authority described in their zoonosis report of 2011, 5648 reported food-borne outbreaks for 2011 with more than 200,000 confirmed human cases.

Conventional methods of fresh food sanitation are based on rinsed water, which may contain high amounts of chemicals, e.g. chlorine, chlorine dioxide or ozone. Although the poor stability of these chemicals and the association of chlorine with a possible formation of carcinogenic compounds have called the use in food processing applications into question. Therefore, the development of environmentally friendly alternative sanitation methods is important, but also the product compatibility, costs, environmental impact, impact on product quality and regulatory provisions should be taken into account. One possible alternative method could be the application of non-thermal atmospheric pressure plasma for washing and drying of fresh and fresh-cut produce. 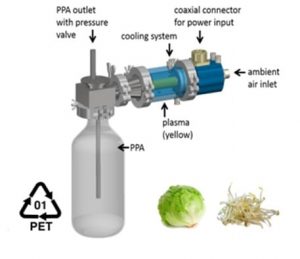 Researchers from the Leibniz Institute for Plasma Science and Technology in Greifswald, Germany presented an experimental set-up based on a microwave-plasma source, which generates plasma processed air (PPA) in a recent study.The method for the generation of antimicrobial active air presented within this work showed a possible inactivation of six different microorganisms with microwave plasma processed air (PPA) based on compressed air. A significant dependency of inactivation efficiency due to used microorganism, their resistance to plasma-chemical components, and surface was detected. In most cases of plant specimens, a tailing in the inactivation kinetics was observed. More structured surfaces of vegetables offered cavities for the bacteria, and therefore, shade effects, which can inhibit the effects of PPA.

The inactivation effects on bacteria by PPA depend on many parameters, such as plasma source, gas mixture, specimen, specimens’ surface and bacterial species, and concentration. However, the promising results and the advantages of plasma processed air (low-temperature, simple and cheap generation, comparability to ozonized air) offer a wide range of possible applications and non-thermal plasma might be implemented in the food industry for the decontamination of raw agricultural products such as apples, lettuce, almonds, mangoes, melons, egg surfaces, cooked meat, and cheese within the next years.

Almost 40% conversion efficiency predicted in new perovskite solar cell
A Whale of a Solution to Climate Change
How can we leverage heritage in a changing global climate?
Breaking down a cell's barriers with a medicine-carrying nano-submarine