A doctor and researcher, Banting pioneered the development of insulin for the treatment of diabetes. 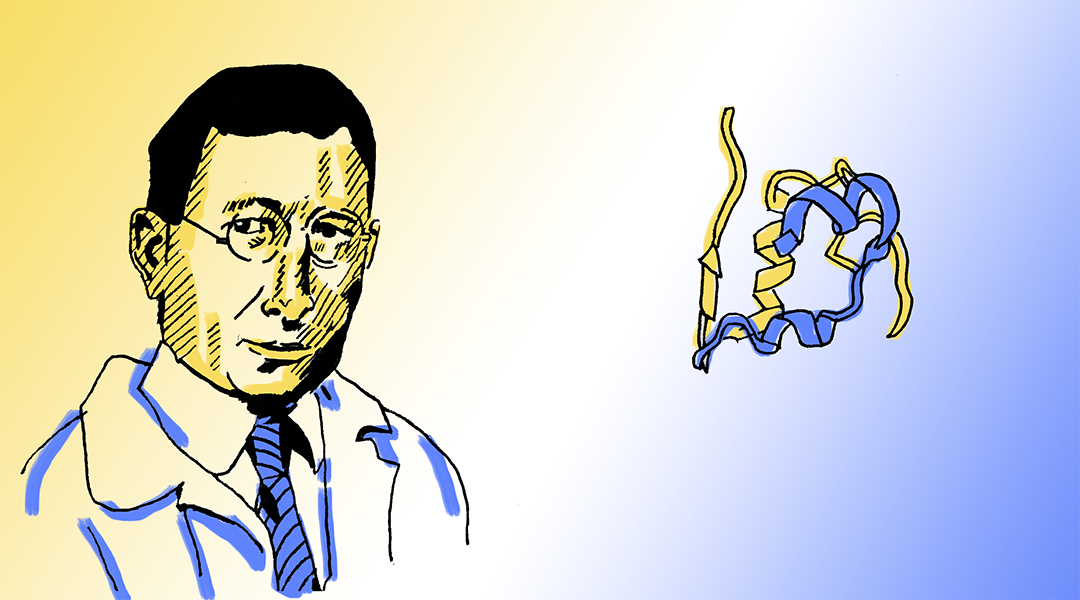 Sir Frederick Banting was a Canadian physician and scientist who gained global acclaim and was awarded the 1923 Nobel Prize in Physiology or Medicine, which he shared with Charles Best, for his discovery of insulin.

Diabetes is a chronic disease that arises when the body cannot produce or use insulin; a crucial hormone that regulates blood sugar levels. The disease had been documented as early as 1550 BCE in the Ebers Papyrus, which noted an illness characterized by frequent or plentiful urination — though it has been debated as to whether this refers to polyurea as a result of diabetes or frequent urination due to urinary tract infections.

At the turn of the 20th century, the prognosis for diabetes was still quite poor and no effective treatment was known; afflicted children were not likely to live into their adolescence and adults diagnosed with the disease had tragically short life spans.

A foray into medicine

Banting was born in Alliston, Ontario in November of 1891 to William Thompson Banting and Margaret Grant. He studied medicine at the University of Toronto Medical School, though this was put on hold with the outbreak of World War I in which he served as part of the Canadian Medical Corps in France. In 1918, he was wounded at the battle of Cambrai and awarded the Military Cross for heroism under fire.

After the war, he returned to Canada to complete his training as an orthopedic surgeon at The Hospital for Sick Children in Toronto, and for a short time, he worked as a practitioner in London, Ontario, lecturing part time at Western University.

It was then that Banting became interested in diabetes. Prior to this, scientists such as Joseph von Mering and Oskar Minkowski had determined the importance of the pancreas in diabetes, as its removal in dogs immediately caused severe diabetes.

To provide some context, the pancreas is one organ made up of two glands. The first gland contains exocrine cells, which produce digestive enzymes that are drained as part of a digestive fluid through the pancreatic duct into first part of the small bowel. The second gland is composed of endocrine cells—which exist as small islands of cells, called the islets of Langerhans—and produces hormones, which are released into the bloodstream.

It was hypothesized that the pancreas secreted a crucial hormone, which was named “insulin” by Edward Schafer, that controlled sugar metabolism. However, extensive efforts to extract insulin from the pancreas to re-administer to patients were never successful. This was presumably because the hormone was degraded by digestive enzymes in the pancreas during extraction processes, which ranged from grinding up the pancreas to soaking it in water, alcohol, saline, or glycerin.

A means of extracting insulin

In 1920, while preparing a lecture on the pancreas, Banting came across an article published by Moses Baron, which inspired a new idea and proffered a solution to the problem of extracting insulin before it could be destroyed. What Baron’s paper noted was that when the pancreatic duct was experimentally blocked, the digestive exocrine cells degraded, however, the islets of Langerhans remained intact. Banting therefore hypothesized that by degrading the cells that produced the destructive enzymes, only the hormone producing cells would be left, from which insulin could be extracted.

In 1921, Banting began working on this idea in the laboratories of J.R.R. McLeod, a professor of physiology at the University of Toronto. Charles Best, then a medical student, was assigned to him as his assistant.

In his Nobel Prize speech, Banting describes their early investigations: “Our first step was to tie the pancreatic ducts in a number of dogs. At the end of seven weeks … the pancreas of each dog was removed and … histological examination showed that there were no healthy acinus cells. This material was cut into small pieces, ground with sand, and extracted with normal saline. This extract was tested on a dog rendered diabetic by the removal of the pancreas. Following the intravenous injection, the blood sugar of the depancreatized dogs was reduced to a normal or subnormal level, and the urine became sugar-free. There was a marked improvement in the general clinical condition as evidenced by the fact that the animals became stronger and more lively, the broken-down wounds healed more kindly, and the life of the animal was undoubtedly prolonged.”

Banting’s gift to the world

With assistance from chemist James Collip, Banting and Best were able to develop a method to consistently purify and refine insulin for clinical trials through which our knowledge of its physiological action grew and inspired researchers to continue making breakthroughs to improve the lives of patients with diabetes.

Banting sold the patent rights for insulin to The University of Toronto for $1, famously claiming: “Insulin does not belong to me, it belongs to the world.”

This allowed it to be mass-produced, making it widely available to the public for the treatment of diabetes. Although not a cure, this breakthrough has saved millions of lives and, providing treatment for a disease that was previously considered a death sentence.