A pioneer in preventative medicine well known for his isolation of the bacteria behind the bubonic plague, Shibasaburō helped establish our understanding of infectious diseases and made inroads into the first vaccines. 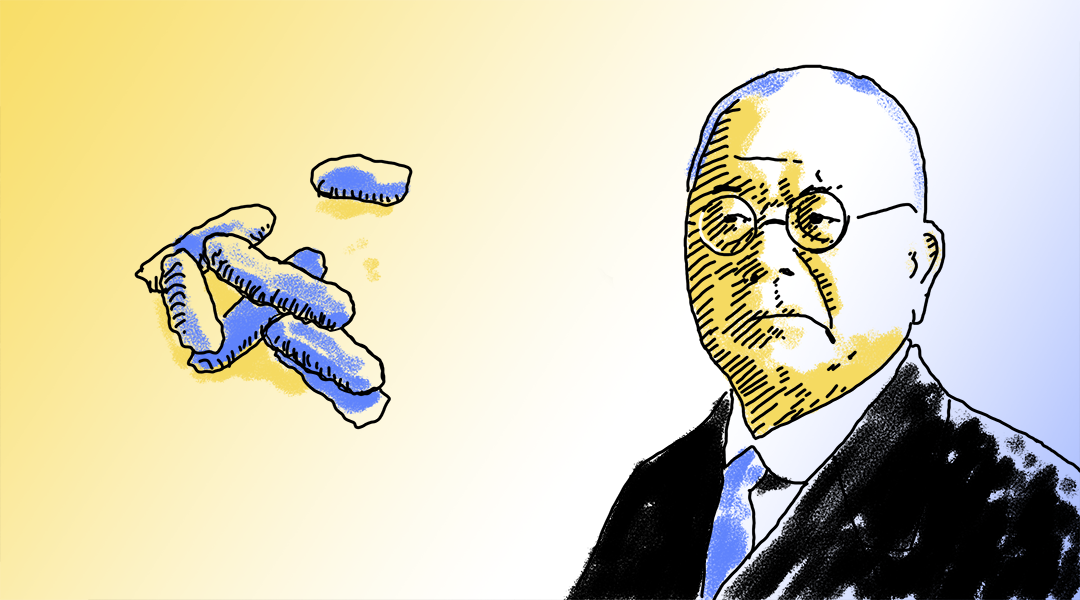 This edition of Pioneers in Science honors renowned Japanese bacteriologist, Kitasato Shibasaburō, well known for his 1894 isolation of the bacteria responsible for the bubonic plague.

In the year 1900, infectious diseases, such as influenza/pneumonia, tuberculosis, and gastroenteritis, were the leading causes of death worldwide. The turn of the century was the Golden Age of microbiology, with key players in the field, including Robert Koch, Louis Pasteur, Shibasaburō, and many others, advancing our ability to isolate, identify, and treat infectious agents.

Septic techniques, antibiotics, antivirals, and vaccines all sprouted from these early discoveries, changing life for the better and greatly impacting human health and longevity.

Shibasaburō was born on January 29, 1853, and grew up in the village of Kitasato in Higo Province — today, Kumamoto Prefecture. It was during this time, known as the Edo period (1603-1868), that Japan began to embrace the study of Western medicine, initially brought through religious missions by the Jesuits in the 16th century and again by Dutch physicians in the 17th century. These ideas, however, did not gain traction until the Meiji Restoration of 1868, with one of the leading figures of this period being Shibasaburō.

After studying medicine at Furoshiro Medical School (now Kumamoto University School of Medicine) and later at Tokyo Igaku Gakkō (now University of Tokyo Faculty of Medicine), in 1885, Shibasaburō went to Berlin to study under Robert Koch, a pivotal figure in the early days of bacteriology and microbiology.

In 1889, Shibasaburō was the first to isolate and grow tetanus bacillus in pure culture, and in 1890, worked with fellow researcher Emil von Behring in developing a serum therapy for tetanus. Using attenuated forms of the infectious bacteria that cause tetanus, Behring and Shibasaburō inoculated rabbits, rats, and guinea pigs, and collected their blood sera — the fluid component of blood with the cells and clotting factors removed — that now contained what the two called “antitoxins” — what we now know as antibodies. By injecting this serum into non-immunized animals that had been infected with the real bacteria, they found that the animals could build immunity and be cured of infection.

This, along with work Behring was carrying out with colleague Erich Wernicke to treat diphtheria, were the first inroads into vaccines and the first examples of “passive immunization” against infectious disease. This launched the field of serotherapy, and the first successful serum treatment of a child suffering from diphtheria occurred in Germany in 1891. The following year, death rates as a result of the disease fell dramatically. Though Shibasaburō was nominated for the 1901 Nobel Prize in Medicine for this work, it was awarded solely to Behring.

Following his successes in Germany, Shibasaburō gained international recognition and returned to Japan in 1892, where, with the help of prominent educator and intellectual leader Fukuzawa Yukichi, he founded and became president of the Institute for Study of Infectious Diseases in Tokyo. It would later become the National Institute for Infectious Diseases and became competitive with France’s Pasteur Institute and the Rockefeller Institute in the United States as one of the world’s leading infectious disease research centers. Notable contributions from the institute include those of Shiga Kiyoshi, who isolated the dysentery bacillus Shigella, which is named after him.

In 1894, a plague outbreak erupted in Hong Kong and, as a result of his expertise, Shibasaburō was sent to study the disease and determine its bacterial origin. He independently discovered the culprit, now named Yersinia pestis, at almost the same time as French scientist Alexandre Yersin. Though Shibasaburō’s discovery was made a few days earlier, for many years there was controversy within the community regarding whether or not he had actually discovered the correct bacterium. The conflict arose as a result of “vague and contradictory” reports from Shibasaburō’s lab. He described them a round pairs called cocci when found in blood samples, however, claimed they appeared as rod-shaped in tissue. Yersin’s report identified the bacteria as a rod-shaped microbe that refused to take on a purple dye called a Gram stain.

An independent retroanalysis carried out in 1976 of the organism discovered by Shibasaburō helped shed light on the issue. While the microbiologists carrying out the analysis found it likely that Shibasaburō’s samples were contaminated with another bacterium called Streptococcus pneumoniae (a round bacteria that causes pneumonia), there is “little doubt that Kitasato did isolate, study, and reasonably characterize the plague bacillus” and he should therefore not be denied due credit.

After his work in Hong Kong, Shibasaburō returned to Japan and continued working at the Institute for Infectious Diseases, where he made substantial contributions to the field of medicine and bacteriology. In 1914, he resigned as director and founded the Kitasato Institute. In 1917, he became dean of Keio University’s medical school.

In 1918, when the Spanish flu began circulating, researchers searched for the underlying bacterium. At the time, viruses were still unknown to scientists and leading experts in infectious diseases, including Shibasaburō, hypothesized the existence of an “influenza germ” based on current knowledge. It would not be until 1933, following the invention of the electron microscope, that scientists would confirm the existence of viruses. As a result, his and other’s efforts to create an influenza vaccine based on known serological methods were, unfortunately, unsuccessful. But these early experiments provided a foundation for future advancements in the field.

Shibasaburō’s work saved countless lives, and after a lifetime dedicated to advancing public health, he died in Tokyo in 1931. Prior to his death, he helped establish a number of medical organizations and biological companies in Japan, many of which are still present today and produce some of the world’s leading medical research.

Without the work of scientists like Shibasaburō, we would be living in a very different world. His isolation of a number of deadly bacteria and inroads into the antibacterial properties of convalescent serum therapies paved the way for modern preventative approaches to infectious disease, many of which we are still benefiting from.

Printed Electronics: Print Your Own Speakers
Pioneers in Science: Sir Frederick Banting
Perpetual loneliness linked to a lack of trust
Eco-friendly glue sticks to the basics