Physicists create a quantum domain wall in the lab

Researchers have discovered how to create and manipulate a quantum object called a "domain wall", which exhibits particle-like properties. 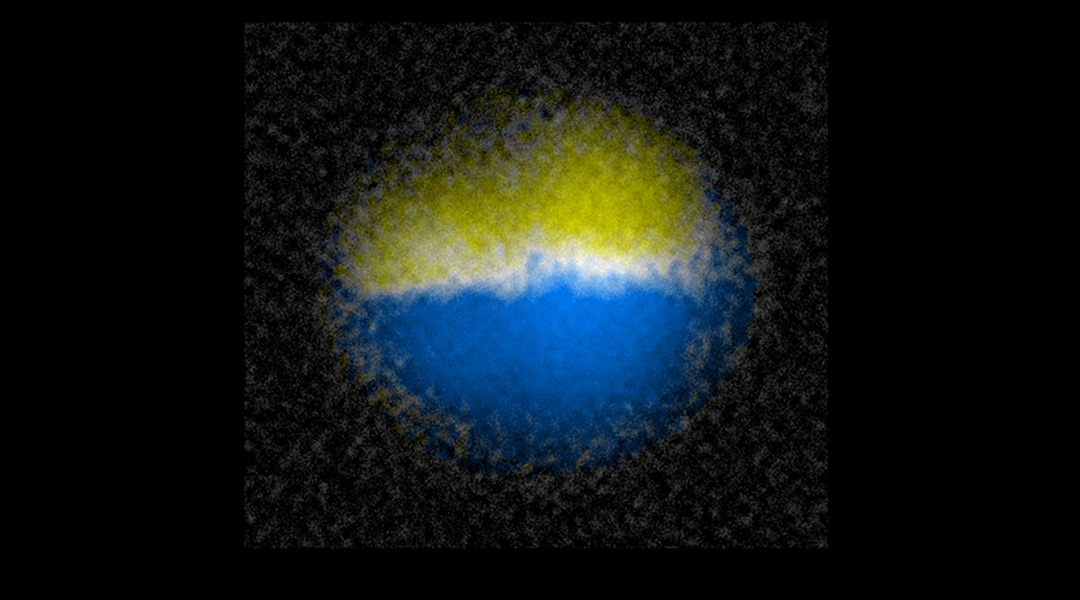 A group of American physicists have created an exotic quantum object known as a domain wall in an array of atoms at ultra-low temperatures.

Domain walls can be considered quasiparticles, such as phonons and vortices in liquid helium, which means that in many respects, they behave like elementary particles when studied on scales larger than the distances between individual atoms. Understanding how they behave and how to create them could have far reaching implications not only in particle physics, but technology as well.

The team of researchers from the University of Chicago, led by Professor Cheng Chin, managed to create and observe a domain wall in a linear array of 40 000 cesium atoms kept at extremely low temperatures.

The array was controlled using a pair of counter-propagating laser beams, which allowed the physicists to change the atom density. What they observed was the formation of domains — regions where atom densities are either lower or higher than a certain critical value, which they measured and compared to an accurately predicted value (the difference between these two values was less than 10%).

The boundary between these regions or domains is called the domain wall. Despite the fact that microscopically this object is just a fictitious boundary between two sets of atoms, from a macroscopic point of view, the system behaves as a genuine particle with a well-defined mass.

“It’s kind of like a sand dune in the desert — it’s made up of sand, but the dune acts like an object that behaves differently from individual grains of sand,” said Ph.D. student Kai-Xuan Yao, the first author of the study, in statement.

The other particle-like property that the scientists determined for the domain wall was that it displayed something similar to an electric charge and how it would interact with an electromagnetic field. However, in the domain wall’s case, the field is replaced by a gradient of atom density called a synthetic field.

This experimental study is a breakthrough and is very important as the existence of domain walls is predicted in some areas of elementary particle physics and cosmology. A better understanding of these objects may boost our ability to nature on the most fundamental level.

The scientists hope that in the future their results may be applied to quantum computing, information storage, and programming quantum materials. But in order to use domain walls this way, physicists need to first understand not only how to create them, but also how to control them.