Block copolymers based on azobenzene-containing homo-polyesters have been investigated for use in future data storage technology. 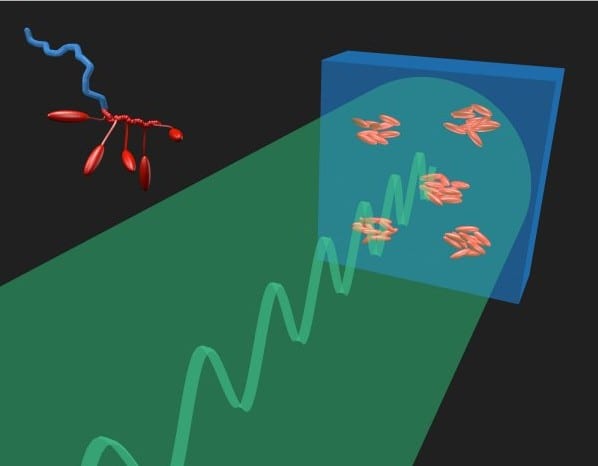 High capacity and fast transfer rates are key elements in information storage devices. Volume holography is a promising technique to fulfill these requirements. High capacity is provided through a hologram’s multiplexing and fast transfer rates come from the fact that each hologram (1 MB of data) can be produced and read with a single light pulse. One of the challenges still remaining in volume holography is to find appropriate storage materials, mainly in the case of rewritable media.

Polymers with azobenzene moieties have been thoroughly investigated for this purpose. In particular, since azo compounds with low azo content are needed for volume holography, block copolymers (and their blends) with an azo block and another block transparent to the writing light are currently considered to be promising candidates.

Azobenzene-containing homo-polyesters have proved to give a fast and stable response to light pulses. However, block copolymers based on them have not been investigated – likely due to difficulties in the synthesis of such materials.Now, in newly published research, R. Alcalá (Universidad de Zaragoza) with co-workers and colleagues at the Danish Polymer Center report a first attempt in this direction.

Such a modular synthetic approach facilitates ligation of well-defined macromolecular architectures with predetermined size and composition.