Interestingly, C. elegans is capable of a remarkable case of phenotypic plasticity, called the dauer stage, where it is capable of surviving without food for three months. (Image credit: D. Kucharski K. Kucharska/Shutterstock) 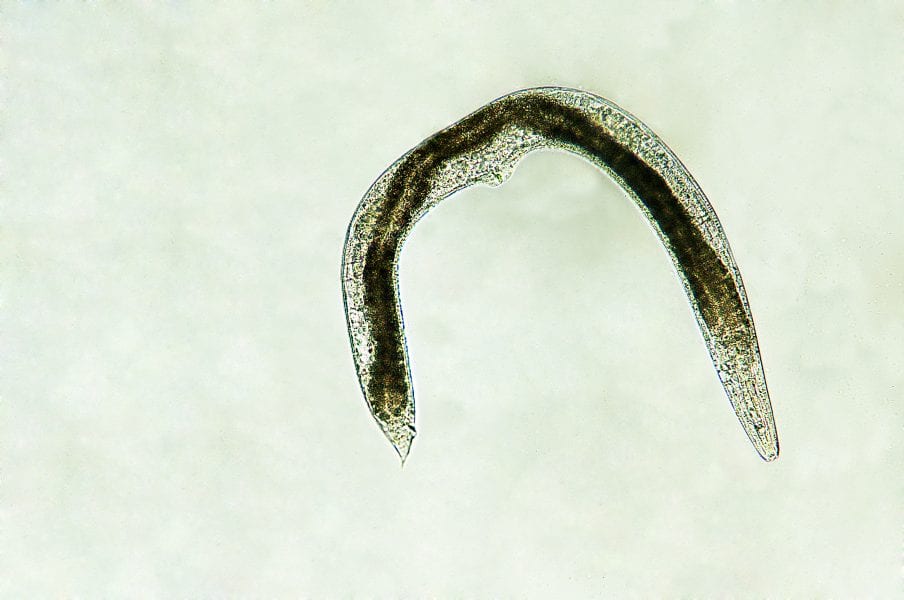 Poker aficionados know that it is not always the best hand that wins, but rather the player who adjusts their strategy based on their hand and their perceived surroundings who comes out on top. While all organisms are dealt a specific hand of genetic cards, how that hand is played varies depending on environment. A “genotype” is the genetic constitution of an individual organism (the dealt hand), while a “phenotype” is the observable characteristics of an individual. Despite having a relatively fixed genotype, individual organisms are often capable of changing their phenotype based on environmental conditions. For example, many plants “stretch” in low-light conditions. The ability of a single genotype to produce variable phenotypes based on environmental conditions is called phenotypic plasticity.

The interaction between genes and environment adds a layer of complexity to the traditional genetics question of “What genes are responsible for trait X?” The model organism Caenorhabditis elegans is a simple nematode (roundworm) that is extensively used for investigating the role of genes on development. Interestingly, C. elegans is capable of a remarkable case of phenotypic plasticity, called the dauer stage, where it is capable of surviving without food for three months. Dauers have several anatomical differences from non-dauer animals that allow them to survive for extended periods in adverse environmental conditions. For example, the nervous and digestive systems as well as muscles and skin all remodel during dauer. While the genes that regulate the decision to enter into dauer have been an intense research area for the past 40 years, less is known about how various tissues remodel during dauer.

A  review article by Androwski et al. recently published in WIREs Developmental Biology summarizes the current state of knowledge regarding dauer remodeling. The authors point out that there are likely additional remodeling events during dauer that await discovery. For example, while researchers have reconstructed the entire nervous system of adult C. elegans, only parts of the neuroanatomy of dauers have been characterized. The authors review the genetic pathways that regulate dauer remodeling. While some of these genes are used only for dauer plasticity, others are recycled from earlier “non-plastic” events. Finally, the authors speculate on how these remodeling events are coordinated and the evolutionary significance of dauer plasticity. For example, the infective stage of many parasitic nematodes is thought to have evolved from a dauer. The authors suggest that an understanding of dauer remodeling may have implications for parasite control. Furthermore, an understanding of remodeling in a simple animal may provide insight into how our own bodies adjust to new and stressful environmental conditions.

Protein Biohybrids as a Toolkit for New Materials
Insights into heart development with 3D bioprinting
Where and how do RNAs localize in tiny prokaryotic cells?
Your brain: Built by cilia