Perpetual loneliness linked to a lack of trust

Loneliness has been linked to detrimental and sometimes deadly health effects, and so researchers are seeking a biological answer to help prevent and treat it. 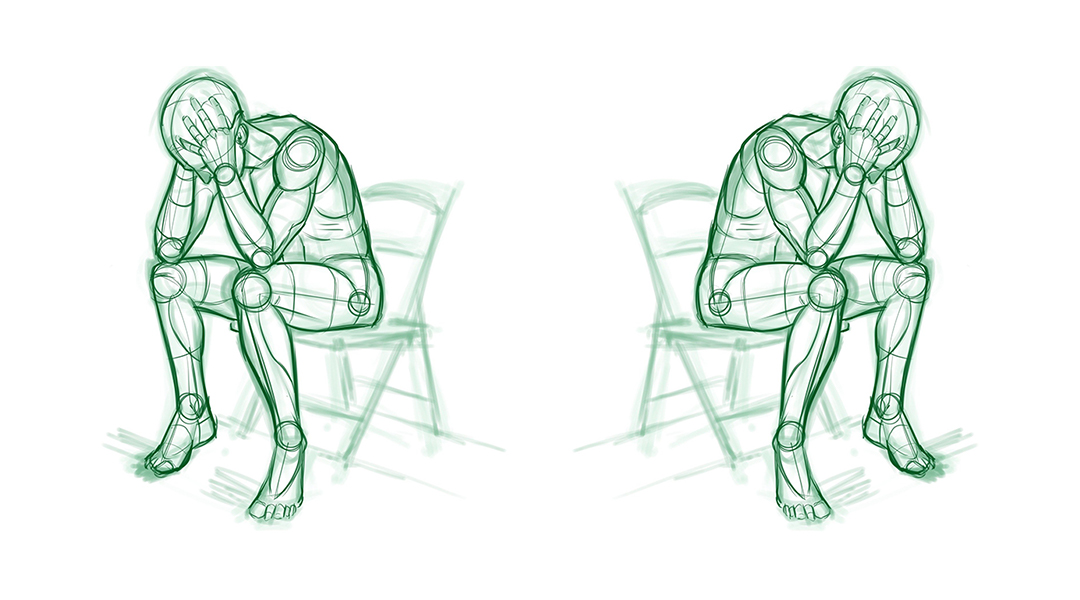 Image adapted from PoseMuse on Pixabay

The importance of social connection and community has been observed across the animal kingdom, and many argue this has been central to human beings’ ability to not only survive, but to thrive in a harsh world. Though the extent of this importance varies across cultures, whether we acknowledge it or not, our well-being is inextricably linked to our social environments, interpersonal relationships, and how we collaborate and cooperate with others.

When a person’s need to belong is not satisfied, distressful feelings of loneliness, that is perceived social isolation, occur. “Even before the [COVID-19] pandemic, it was clear that loneliness is a major public health concern with detrimental effects on physical and mental health,” said Dr. Dirk Scheele, the deputy lab head of the Department of Psychiatry and Psychotherapy at University Hospital Bonn. “For example, loneliness is a bigger risk factor of premature mortality than obesity or substance abuse.”

Scheele and a team of researchers sought to investigate neurobiological mechanisms that may be linked to persistent loneliness in some individuals. From an evolutionary perspective, loneliness may have evolved to motivate the formation of new social relationships, in the same way as hunger induces scavenging. “However, if this reconnection fails, it can lead to a biased perception and interpretation of the social environment, which might trigger a vicious circle that can make loneliness worse,” explained Jana Lieberz, a Ph.D. candidate in Scheele’s team and first author of the study.

According to the researchers, scientists currently don’t know which cognitive or neurobiological mechanisms are linked to this idea of “perpetual loneliness”, in which people are unable to form new, positive relationships to address this social need. Several popular science publications have speculated that loneliness may be linked to negative cognitive biases, or negative expectations about new interaction partners, although there has been little evidence to support this.

“If we want to help people suffering from loneliness, we need to know where to start,” said Lieberz. The team therefore designed a study, which has been years in the making, to measure interpersonal trust towards unfamiliar people and identify the underlying mechanisms taking place in the brain. Establishing this understanding will help adapt current methods and protocols for treating these types of patients.

“We [hoped to] shed light on one of the biggest conundrums in loneliness research,” said Scheele. “Why do people remain lonely despite numerous opportunities for social interactions in a world with social media?”

The team asked that since positive relationships are built on trust, how does interpersonal trust and its underlying neurobiological mechanisms play into this idea of loneliness. They therefore selected 42 individuals selected from a sample of over 3000 people who had filled out an online questionnaire. They were selected because they were affected by severe loneliness but did not suffer from a mental illness. They used a second group of 40 individuals who did not suffer from persistent loneliness as a control group.

“Because we were particularly interested in the neural processing of situations that require rapid trustworthiness decisions, we decided to implement a trust game during functional magnetic resonance imaging (fMRI),” said Lieberz. “In this game, we asked our participants whether they want to share money with another unfamiliar person who was displayed on a screen. The participants knew that they could make profit by sharing money. At the same time, however, they had to trust that their gambling partners would not keep the money.”

In human societies, the development of positive relationships is based mainly on cooperation and when forming new relationships, during initial encounters, when there is no prior information about the likelihood of reciprocity, rapid trustworthiness decisions are required.

The test was to determine if reduced interpersonal trust or altered trust processing in lonely individuals was linked to reduced benefits from positive social interactions i.e., winning and sharing the money.

“After finishing the trust game, we simulated a [conversation] with emotionally positive content outside of the scanner,” said Lieberz. “To gain a comprehensive picture of what characterizes lonely individuals, we assessed the mood of our participants and the psychophysiological (e.g., pulse) and hormonal responsiveness to this conversation. We found that lonely individuals exhibited diminished responses to this positive interaction and these responses were linked to the observed changes in the brain during the processing of trust.”

The team think that this biased trust in lonely people might be based on an altered neural processing of these types of positive social situations. “In particular, we were able to identify a brain region called the anterior insula that is involved in the altered trust processing,” added Lieberz.

Lonely individuals were found to have a “blunted functional connectivity” between the anterior insula and occipitoparietal regions, which correlates with the diminished responsiveness to the positive social interaction and reduced trust. “Our findings suggest that a pre-existing, reduced interpersonal trust may bias them to benefit less from even very positive social interactions,” said Scheele. This only leads to reinforcement of trust bias, and the cycle of loneliness continues.

Scheele told Advanced Science News that he plans to continue research in this area, shifting toward correcting this bias through a short-term psychotherapy group intervention. “The idea is to target the trust-related cognitive bias that we have identified in the present study,” he said. “Furthermore, a lack of social connection is a strong risk factor for several psychological disorders, but we know very little about the underlying neurobiological mechanisms. For instance, it is clear that social connection is also a key factor influencing the outcome of a psychiatric inpatient therapy, and we want to examine how social bonding contributes to the treatment success.”

Uncovering the secrets of cellular organization
Meredith Barbee: Support your students, let them know you care about them
Killing cancer with iron
No, the human brain did not shrink