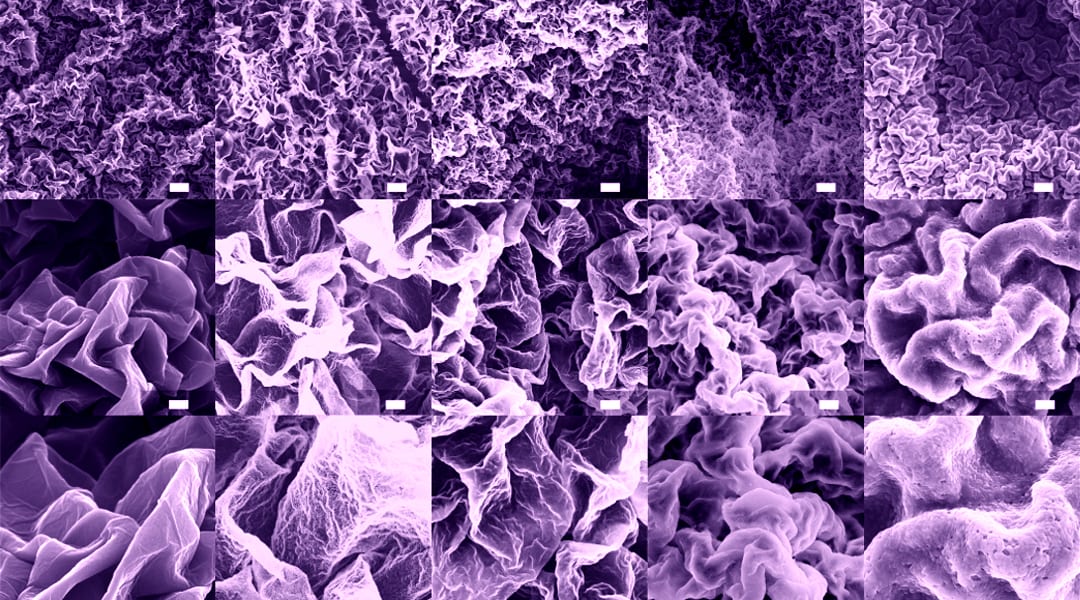 The discovery and technological applications of two-dimensional (2D) materials – ultrathin sheet-like or plate-like materials that consist of only one or a few layers of bonded atoms has received tremendous attention over the last decades. Most of these 2D materials are fabricated by exfoliation (peeling) of single layers from 3D solids that have a naturally layered crystal structure, and are thus easily pulled apart at the atomic level. Recently, an increasing interest in creating 2D materials with a length many times that of their width (high aspect ratio) from non-lamellar materials has been aroused. Therefore, various synthesis methods that direct growth in two dimensions have so far been proposed.

In this regard 2D materials, such as graphene oxide (GO), have been used as matrices to develop oxide films. The way researchers have achieved this so far, is by inserting metal ions between the multilayer stacks of GO, a process that has allowed them to move in the direction of producing multilayer metal oxide films. This process, however, does not typically produce true atomic-scale growth of platelet crystals, but rather fragile 2D assemblies of particles separated by large unfilled spaces that are responsible for poor mechanical properties.

Schematic of the conversion of MGI to tessellated metal oxide film. The resulting oxide nanoplatelet is α-Fe2O3 with basal surfaces that are primarily (001) planes. More information here.

In a study published in Advanced Materials, Liu et al. from Brown University found a way to overcome this limitation and grow fully-dense, space-filling ceramic films. In their study, they demonstrate a new approach in graphene-templating, based on “metalized graphene ink” precursors engineered to ensure colloidal stability over a wide range of metal-carbon ratios.

Easily cast into high-quality planar or micro-textured films that upon annealing achieve true 2D growth, the group fabricated fully-dense, tiled films of Fe and Co oxides. The structure of the produced tiled-crystal ceramic films consists of crystalline platelets that fill the 2D space in perfect alignment without overlapping or forming gaps, reproducing the micro- and macrostructure of a multilayer graphene host.

In addition to planar films that are dense and sufficiently robust to exist as free-standing ceramic films, the method can be used to fabricate wrinkled or crumpled films. Patterning the new ceramic films with “metalized graphene inks”, high quality planar or micro-textured films, whose micro- and nanostructure can be controlled, can now be cast or printed into patterns, or be used for bio-texture replication or 3D shape creation.

The researchers of this study state that, “We anticipate this unique approach to structure control in metal oxide films can be utilized for enhancing total surface area and specific crystal facet area for oxide catalyst supports, or for the establishment of high-curvature ridge/valley structures for electric field enhancement or band gap modulation of interest in electrocatalysis”.