Paul Meredith: “I’ve never seen what I do as work”

The Swansea-based materials physicist talks about the role of energy materials in mitigating climate change, his love of sports, and how his passion for science helps it to blend seamlessly into his life. 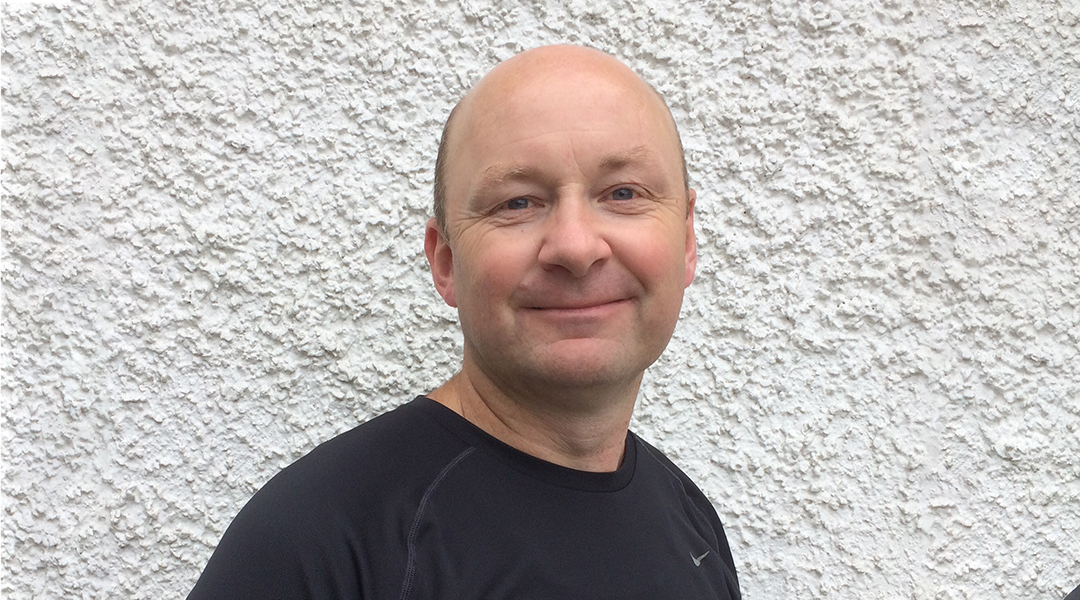 Raised in the little mining village Waunarlwydd in Swansea, South Wales, Paul Meredith pursued his higher education at Swansea University and Heriot-Watt University followed by a postdoctoral period at Cambridge. There he met people like Professor Sir Sam Edwards, Professor Dame Athene Donald, and Professor Sir Neville Mott who, among others, inspired him to work in the exciting field of sustainable advanced materials.

In 2001, he moved to Australia where he worked for the next 16 years at the University of Queensland and held several positions including Director of the Centre for Organic Photonics and Electronics and Director of UQ Solar. Moreover, he was an Australian Research Council Discovery Outstanding Researcher Award Fellow and played an active role in the development of the Queensland State Renewable Energy Target of 50% by 2030.

In 2017 he came back to Swansea where he is now a professor of materials physics and Sêr Cymru National Research Chair at Swansea University and also holds an honorary professorship at the University of Queensland in Brisbane. He has established research efforts in the physics of sustainable advanced materials for applications such as solar energy, optoelectronics, and bioelectronics and leads the new Centre for Integrative Semiconductor Materials.

Unravelling basic structure-property puzzles — if you understand why a material behaves a certain way, that’s the first step to making it do what you want! Also making a very positive impact on the clean energy agenda and mitigation of the coming disaster of climate change. We all need to contribute.

What advice would you give to your younger self?

I was the first scientist in my family so had to be completely self-motivated and driven. I didn’t know whether I truly wanted to be a physicist or a professional rugby player (I love my sport) until quite late in my education. I was [also] torn between being an industrial scientist or an academic researcher — it turns out that you can be both and that’s an excellent career pathway. I tend to be interested in too many things and I get excited by radically different problems, including things like developing policy, which I’ve done quite a bit of. Training as a physicist is challenging but gives you so many career options.

My best advice would be to always seek guidance from your mentors and experienced people you respect, work hard with integrity on problems you think are important, and don’t worry about taking too many wrong turns, things usually work out  if you are prepared to have a crack and take a few risks.

What would you say has been your most impactful contribution to your field and what do you hope will be your legacy?

From a capability and legacy perspective I’ve established two research efforts from scratch in two radically different places (Australia and the UK) and trained more than 40 young scientists who are now all over the world in various roles. Scientifically, our work on understanding the solid state electro-optical physics of natural conducting biomaterials, such as melanins, is a foundational element of the growing field of bioelectronics.

Our group’s work on the basic working principles of next generation semiconductor materials and devices (photodetectors and solar cells in particular) has also been impactful; for example, our demonstration that 3D organohalide perovskites were non-excitonic materials was an important milestone.

[Int terms of] legacy, of course the young scientists that I’ve trained, the talent that I’ve mentored. I hope our group and our work is viewed in the community as thorough, honest, and insightful. Probably my biggest legacies though will come from my contribution to renewable policy legislation in Australia, and current efforts in South Wales to support and underpin the growth of our semiconductor industry.

I want to see low embodied energy advanced materials dramatically impact (in a positive way) the sustainability of our modern society as we seek to decarbonize economies. That means we need to dramatically expand our understanding of the solid state physics of (for example) soft semiconductors, and have a far clearer understanding of the links between molecular structure and physical properties. I also want to see nuclear fusion with greater than unity conversion efficiency, solar cells producing a far greater fraction of the planet’s electricity and driving photochemical fuel sources. I also think we are close to a bioelectronics revolution where pharmaceuticals are replaced by electroceuticals.

Can you briefly comment on the research discussed in your recently published essay?

The subject of our essay is the rise of a new class of organic semiconductor, namely the n-type non-fullerene electron acceptors. These new materials have driven a discontinuous increase over the past 3 years in organic solar cell efficiencies and they seem to have quite different physics in many ways to the materials we have traditionally used. In the essay, we speculate as to whether these materials could drive through the important 20% efficiency barrier quite soon, and highlight the pros and cons of the non-fullerenes including potential issues associated with their ‘scaling’ – that is the creation of a viable solar technology based upon large, stable modules. They are fascinating materials that are challenging long held beliefs and could be directly used in a new design pathway for organic semiconductors.

I’m in the middle of leading a new initiative to create a dedicated research facility called the Centre for Integrative Semiconductor Materials at Swansea. Our intention is to build a facility in which multiple semiconductor platforms can be studied, processed and integrated device platforms developed — a blending of traditional silicon technology with next generation compound semiconductors and next, next generation systems such as organics and perovskites, 2D systems, etc.

I believe it may be the first lab environment where so many different types of semiconductors can be processed — we call it the fab of the future and it has industry design principles at its core. We hope to finish the facility in mid-2022 so we’ll let you know how it goes!  I think it’s an important step forward in advanced materials.

What are your interests outside of the lab? Do you think a work/life balance is important or even attainable in your line of work?

We are a sporting family, we love playing and watching, and I spend most of my spare time engaged in some sporting endeavor with my wife and two teenage daughters. I am a tragic and long term fan of my soccer team Swansea City. We also love the beach, hiking, skiing and we have a pony called Poppy who seems to take up an inordinate amount of time, effort, and money.

I’ve never seen what I do as work, it’s just completely an inter-woven part of our life. Objectively, an outside observer would question my work-life balance, but that depends on your definition of work really.