Semiconductor technology is expected to lower the cost of particle accelerators. 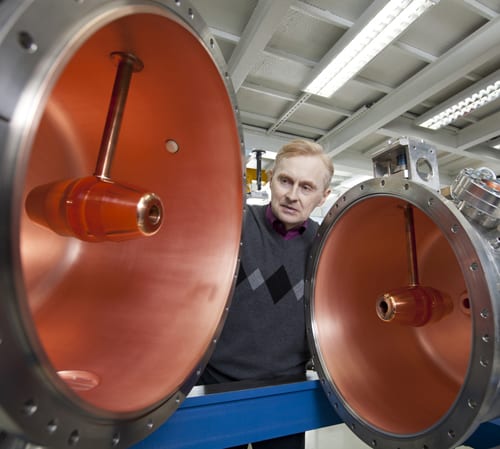 Corporate Technology (CT), Siemens global research department, has developed a new accelerator technology in cooperation with one of its strategic partners, the Russian research center Skolkovo, which is located near Moscow. Other partners involved in the project are the Budker Institute for Nuclear Physics in Novosibirsk, the Institute for Theoretical and Experimental Physics in Moscow, Goethe University in Frankfurt am Main and the Gesellschaft für Schwerionenforschung (Society for Heavy Ion Research) in Darmstadt. 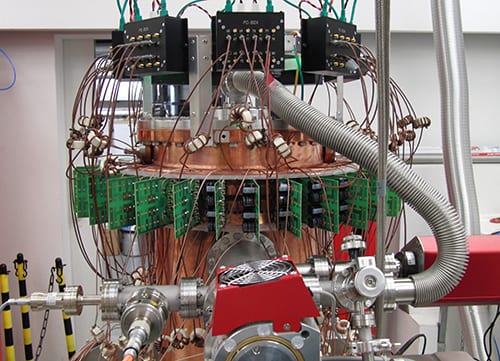 High energy beams of neutrons, protons and other ions are used, in medical radiation therapies and in the materials processing industry. The high voltages required to accelerate these particles are produced by high-frequency generators. Using new semiconductor components, Siemens researchers pledge to significantly increase the efficiency of the generators. This new technology requires less space and is less expensive to produce and operate as the research consortium reports.

People often associate particle accelerators with large laboratories such as CERN and DESY. In fact, most of the around 30,000 facilities in use worldwide are located in clinics and industry. At the heart of an accelerator is a high-frequency generator that produces high voltages at several hundred megahertz. They are based on electron tubes that require a sophisticated high voltage electrical supply and reach a maximum efficiency of 60 percent.

In order to achieve a higher efficiency the CT researchers are using transistors based on the semiconductor silicon carbide. These components work at very high frequencies, cope with high power outputs and offer up to 70 percent efficiency. One such transistor has an output of several kilowatts and is a hundred times smaller than a comparable electron tube. Now, modules made up of several transistors can achieve a power output of 160 kilowatts at a frequency of 324 megahertz. These values are roughly what medical and industrial applications require. The next step is to produce units with an output of around three megawatts suitable for scientific applications.

The researchers are also using semiconductor technology to develop inexpensive standardized control cabinets for the drive units of accelerators. It will also be possible to combine these cabinets according to the needs of a given situation. A prototype should be ready in 2013.