Oxygen biosignature alone does not indicate life on other planets

Oxygen is a promising exoplanet biosignature, but several scenarios exist in which a lifeless, rocky planet could evolve to have non-biological oxygen in its atmosphere. 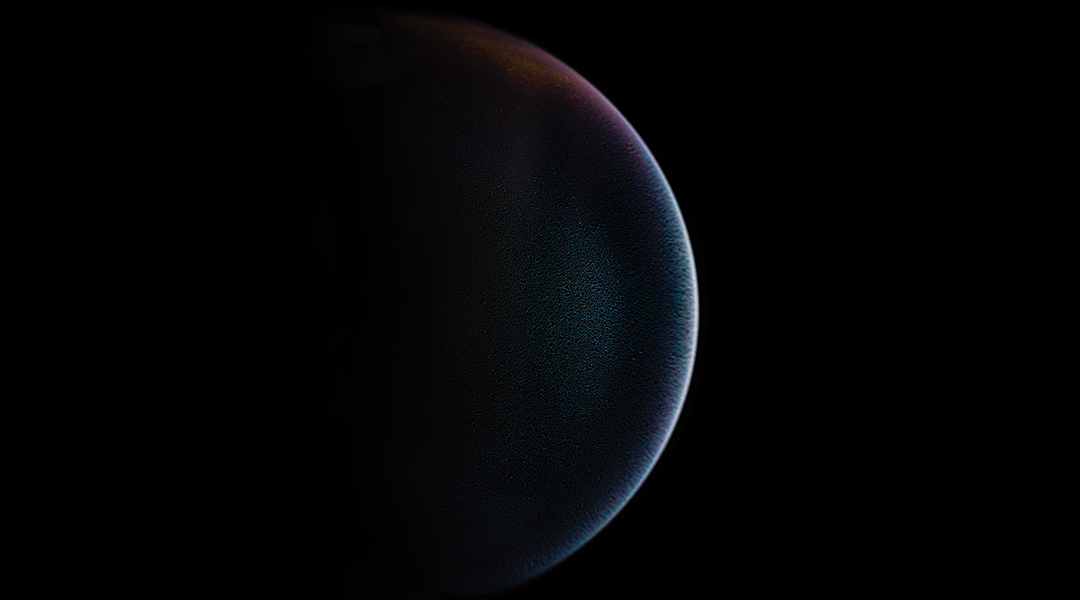 Are we alone in the galaxy? Though the question has been circulating for centuries, answering it has not proven easy, perhaps because it begs another: How do we identify life on other planets without visiting them?

In the last few decades, our analysis of exoplanets has become more and more sophisticated with the advancement of telescopes that allow astronomers to identify the chemical components of a planet’s atmosphere through spectral analysis.

In this context, to be able to classify a life-sustaining planet, many scientists use an Earth-like model where an oxygen biosignature would likely be an indicator. However, according to some experts, this might be too simplistic and there are two sides to this coin. For one, is extraterrestrial life limited to oxygen-based atmospheres? And does the presence of oxygen guarantee life?

In a recent study published this week in the journal AGU Advances, a team of researchers from the University of California, Santa Cruz argue that seeking out life based on oxygen biosignatures alone could lead to a number of false positives. This, they say, is because there are in fact several scenarios in which a lifeless, rocky planet could evolve to have non-biological oxygen in its atmosphere.

“There has a been a lot of discussion about whether detection of oxygen is ‘enough’ of a sign of life,” said Jonathan Fortney, professor of astronomy and astrophysics and director of UCSC’s Other Worlds Laboratory. “This work really argues for needing to know the context of your detection. What other molecules are found in addition to oxygen, or not found, and what does that tell you about the planet’s evolution?”

The new findings are based on a detailed computational model that simulates the evolution of rocky planets from their molten beginnings over billions of years. Where previous models focus on atmospheric processes, this model takes into account the evolution of geochemical and thermal processes that take place in the mantle and crust, and how they interact with the planet’s atmosphere.

“It’s not computationally intensive, but there are a lot of moving parts and interconnected processes,” said Joshua Krissansen-Totton, a Sagan Fellow in the Department of Astronomy and Astrophysics at UC Santa Cruz and author of the study.

By changing the composition of volatile elements that were present at the planet’s origin (water, carbon monoxide, hydrogen, carbon dioxide, etc.), the team obtained a number of different atmospheric outcomes, some of which resulted in an abundance of oxygen, but with a geological origin, not a biological one.

What they found was that any Earth-size planets that lie within the habitable zone are unlikely to accumulate non-biological oxygen if their initial atmospheric composition were the same as Earth’s.

This is because natural geochemical processes, such as melting or weathered rock, as well as reactions between oxygen and other volatile molecules found in the crust, act as oxygen sinks. “If you run the model for Earth, with what we think was the initial inventory of volatiles, you reliably get the same outcome every time: without life you don’t get oxygen in the atmosphere,” said Krissansen-Totton. “But we also found multiple scenarios where you can get oxygen without life.”

In one instance, if an Earth-like planet were to start off with more water, then this would result in the development of deeper oceans. This in turn would put so much pressure on the planet’s crust that it would halt natural geological processes and, as a result, eliminate oxygen sinks.

In the opposite case, where the planet starts off with a relatively small amount of water, the magma surface of the initially molten planet can freeze quickly while the water remains in the atmosphere. This “steam atmosphere” puts enough water in the upper atmosphere to allow accumulation of oxygen. “The typical sequence is that the magma surface solidifies simultaneously with water condensing out into oceans on the surface,” Krissansen-Totton said. “On Earth, once water condensed on the surface, escape rates were low. But if you retain a steam atmosphere after the molten surface has solidified, there’s a window of about a million years when oxygen can build up because there are high water concentrations in the upper atmosphere and no molten surface to consume the oxygen produced by hydrogen escape.”

In a third example, where the initial CO2:H2O ratio exceeds one, oxygen sinks would be suppressed due to the low mantle volatile content and because surface conditions are too hot for aqueous reactions. Oxygen may then accumulate from the steam atmosphere that persists after magma ocean solidification. “In this Venus-like scenario, all the volatiles start off in the atmosphere and few are left behind in the mantle to be outgassed and mop up oxygen,” Krissansen-Totton said.

These computer-generated scenarios highlight the need for astronomers to be able to sift through the false positives by developing telescopes that allow them to search for additional evidence.

“For each scenario, we try to say what your telescope would need to be able to do to distinguish this from biological oxygen,” added Krissansen-Totton. “This is useful because it shows there are ways to get oxygen in the atmosphere without life, but there are other observations you can make to help distinguish these false positives from the real deal.”

These scenarios emphasize that no single observation, including oxygen detection on habitable zone planets around sun‐like stars, will be uniquely diagnostic of life. Next‐generation telescopes need to be built with this in mind if we are to accurately identify life on planets outside our solar system.

Bringing ancient viruses back to life
Pioneers in Science: Jagadish Chandra Bose
Decline in carbon-intensive arrangements can help mitigate climate change
No, the human brain did not shrink