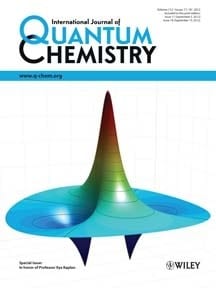 Reactive oxygen species such as hydroxyl (OH•) and perhydroxyl (OOH•) radicals are formed by several enzymatic and non-enzymatic processes in the human body.  Through reactions with DNA, such species are known to cause biochemical damage, which can lead to a variety of pathologies, including cancer. This damage can involve the formation of stable species such as cytosine glycol, 5-hydroxycytosine, etc., which in turn means that the damage caused accumulates and is difficult to reverse.

In a theoretical paper published in the International Journal of Quantum Chemistry, Prof. Mishra’s group at Banaras Hindu University, India has exhaustively studied two specific reactions of the hydroxyl and perhydroxyl radicals (hydrogen abstraction and addition) with cytosine and thymine for the first time.  For those of you familiar with DNA’s double helix structure, these nucleobases are two of the four repeating units (the C and T, in ATCG, if you will).

Through extensive density functional theory calculations, the researchers identify specific sites in each of the nucleobases that react with the two species of radicals above, identifying barrier heights and heat of reactions. For some of these sites, the reactions are barrier-less, i.e., spontaneous, which identifies such sites as locations of particular concern from a drug design viewpoint. In a notable result, they also find that the perhydroxyl radical is much less reactive than the hydroxyl radical for each of the bases studied. Though they carry out their studies assuming both gaseous and aqueous media, the latter are likely to be the most relevant to the actual chemical environment inside the human body.

Clinically, it is important to understand the precise nature of the damage caused by the biochemical reactions involving these DNA-bases. The calculations presented compare reactions at several different candidate sites within those molecules and detail the likeliest reaction pathways. This study is expected to be helpful for an understanding of the damage mechanism, and as a result, in the development of appropriate therapies.