Outsourcing in Academia: the New Jersey Center for Biomaterials model

Interview with Joachim Kohn, director of the New Jersey Center for Biomaterials, on the center's innovative model and research outsourcing. 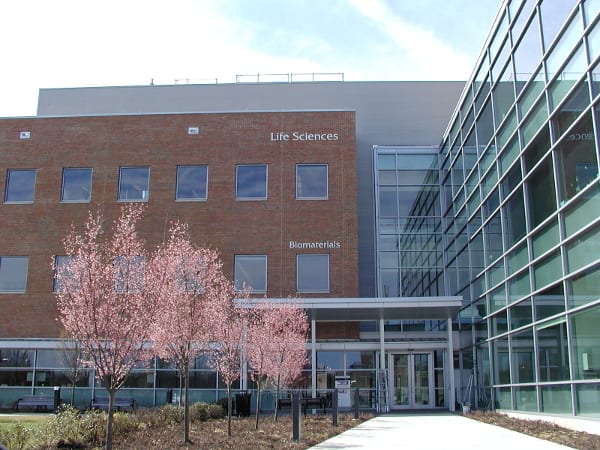 In this MaterialsViews.com interview, we talk to Prof. Joachim Kohn, director of the New Jersey Center for Biomaterials at Rutgers University. The center has an innovative business model, which allows management of extensive grant resources while keeping a small footprint on the Rutgers campus. This model translates some of the tenets of industrial outsourcing to academic research, with very interesting and potentially far-reaching results.

Can you give me a brief pitch for the New Jersey Center for Biomaterials and the idea behind its organization?

As an academic research center, based at Rutgers – the State University of New Jersey, the New Jersey Center for Biomaterials (NJCBM) coordinates academic, technical and clinical resources to stimulate inventive research in biomaterials science. NJCBM is dedicated to improving patient care and public health through the invention and development of future generations of biomaterials.

NJCBM’s scientific focus is the design, synthesis, characterization and fabrication of new biomaterials for tissue engineering, drug delivery and regenerative medicine. Central to this focus is developing an understanding of cell-material interactions that can lead to new medical implants and devices.

Founded as a cooperative research initiative in 1997, NJCBM has grown into a nationally recognized resource in biomaterials and implant science based on its comprehensive network of outstanding faculty, facilities and collaborative research activities. NJCBM supports, develops and coordinates shared core facilities and offers extensive services to both faculty in the member universities and worldwide industry partners. This network of relationships has fostered innovative and productive research partnerships to address challenges at the frontiers of biomaterials science.

The bulk of NJCBM funding comes from US federal grants and contracts, with a smaller portion from industry interactions.

How did you come up with the idea of outsourcing part of the research?

First we need to define the term “outsourcing”. We use the term outsourcing to indicate an academic collaboration where the grant resides at Rutgers while the work is done at an institution other than Rutgers. In a conventional collaboration both parties contribute to the work and the grant support may be split between the collaborating parties. In our case the grant administration is at Rutgers, and Rutgers is the primary contractor, but instead of conducting the work at Rutgers, we elected to subcontract the work to laboratories with superior expertise and capabilities, irrespective of their location. This mode of operation arose naturally in order for our polymer materials science facilities and staff to translate our research toward application areas outside our own expertise and resources.

What are the similarities and differences with respect to outsourcing in industry?

Industrial outsourcing is understood to mean that a company located in the United States uses manufacturing facilities in other countries to produce a certain product. If you replace industry with academia, company with University, then you can see immediately the similarities and dissimilarities.

Where are the outsourced researchers located, are any of them abroad? If some are abroad, is this problematic for funding? Are any researchers at private companies directly supported by the NJCBM grants?

The outsourced researchers are located predominantly in US academic institutions. We have had one funded interaction with a UK university, and it was no more difficult to establish a subcontract with them than with a US institution.  Researchers at several US companies are directly supported by subawards from NJCBM grants.

What are the pros and cons of outsourcing the research?

The advantages of my business model are:

1)        I do not need to duplicate infrastructure and capabilities that exist at other places.

2)        I do not need to create a large infrastructure footprint locally in order to administer significant research programs.

3)        I have significant flexibility in personnel administration and selection of focus areas. To explain this point: if I hire a particular scientist, I am stuck with this scientist and his or her expertise for the duration of his employment contract. Growing or reducing the size of the group is also difficult once personnel have been hired. In the outsourcing model, I can still administer the grants on which I serve as the principal investigator but I’m far more flexible and far more agile when grant support either increases or wanes.

Do you have any special trick to organize collaborations, so that distance and lack of day-to-day “down the hall” contact does not become problematic? Do you make much use of virtual tools, teleconferencing…?

We use a significant amount of teleconferencing and virtual tools to make up for the lack of day-to-day contact. Running a distributed network of laboratories is more labor-intensive than having everyone at the same place. It requires a dedicated support staff of capable scientists and the discipline to collect and evaluate frequent progress reports. None of this is very new, since industry has worked among distributed performance sites for many years. The concept however is new in academia. I do not claim to have invented anything new; I only adapted a common business practice from industry and brought it into the academic world. 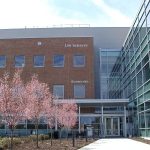 Did you encounter skepticism when you proposed to structure the center around this concept?

I did not propose the structure of the center around the outsourcing concept. Instead, the center was originally envisioned to operate like all other centers. Our business model arose naturally over time and became a guiding principle when we designed a relatively small building of only 30,000 square feet to be the home for the polymer laboratories and outreach programs of our center. The building also houses our offices for administration of major federal grant programs.

What are the research areas in which the outsourcing concept has shown itself to be the most fruitful?

The area where the outsourcing concept has been most fruitful is regenerative medicine, where we have taken advantage of nationally leading laboratories in a variety of application areas: neural, musculoskeletal, and dermatological.  In addition, projects on technologies for polymer scaffold characterization, especially imaging technologies, have benefited from our ability to outsource to specialized laboratories, which already have high levels of expertise and resources.

What are the issues you encountered that were more problematic than you thought at the outset?

The most significant issue is quality assurance of the work performed off-site.

Do you think the model can be generally used elsewhere, or are there specific advantages of the biomaterials center, Rutgers University, and New Jersey that made the model a success?

I think this particular business model is nothing new and is not limi
ted to any one institution or place. It simply is the wave of the future. When I started my scientific career a collaboration between an organic chemist and a physical chemist within the same department was regarded as” interdisciplinary” research.

How do you think this experience is going to be important for the future of scientific research, especially in an era of tighter budgets across the board?

There’s no doubt that the amount of available funding will shrink over the next couple of years for scientific research in the United States. Only those organizations will survive that are able to create the best possible outcome for the sponsor for the least cost. What I have described here is simply a model of distributing grant funding among laboratories most capable of producing results irrespective of their physical location and irrespective of their particular institutional affiliation.