Using bilayered graphene, physicists explore the possibility that our reality is only one half of a pair of interacting worlds. 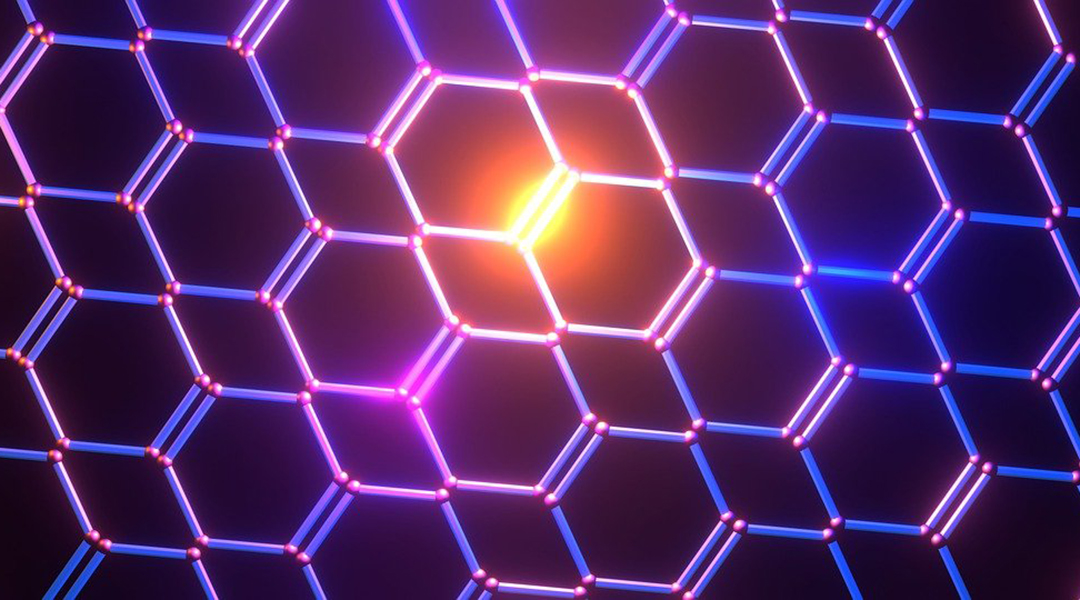 Is ours the only universe? A new study inspired by the physics of two stacked sheets of graphene seems to suggest that it is not and that some phenomena in cosmology and elementary particle physics could be the result of two almost identical coalescing worlds interacting with each other.

One such problem, which might now have a solution thanks to a recent preprint paper by Alireza Parhizkar and Victor Galitski, is a discrepancy between the measured value of the cosmological constant and a theoretical estimate of its quantity.

The cosmological constant is present in equations for the general theory of relativity, which describe spacetime and its evolution; its value governs the rate of the universe expansion. The physical entity responsible for the occurrence of the constant in the equations is thought to be dark energy stored in the quantum fields living in the vacuum of space.

The value of this constant can be estimated theoretically assuming that our understanding of quantum field theory is correct up to a length scale called the Planck length, which is known to be a natural length scale of quantum gravity. However, here a problem arises: the actual value of the cosmological constant deduced from the observed expansion rate of the universe is about 120 orders of magnitude less than this estimate.

“This is the largest — by far the largest — inconsistency between measurement and what we can predict by theory,” said Parkhizkar, a graduate student at the Joint Quantum Institute (JQI), in an interview. “It means that something is wrong.”

Consequently, there must exist some mechanism that makes the real value of the cosmological constant many orders of magnitude less than the naive estimation, which physicists consider “natural”. This is where the physics of bilayer graphene comes into play.

The physical properties of a single layer of graphene depend on the size of its elementary hexagonal pattern. In bilayer graphene, if the layers are deformed with respect to each other, a new periodic structure called a moiré pattern occurs and its length scale may be orders of magnitude larger than the size of the original hexagons. As a result, the energy levels of the electrons in the material change with respect to their energies in a single layer.

The physicists put forward an idea that the same effect could be responsible for the discrepancy between the measured and observed values of the cosmological constant: if the graphene layers are replaced by entire universes where electron energies are considered vacuum energies.

If particles from different universes were to interact, an effective value of the cosmological constant becomes time-dependent, which results theoretically in a relatively small realistic value (as the cosmological evolution goes), even if the constants in individual universes are extremely large, as quantum gravity predicts.

The researchers solved the equations of their theory, called moiré gravity, and found that their model not only gives a plausible solution to the cosmological constant problem, but also predicts cosmological inflation — an exponential expansion of the universe during the first moments after the Big Bang, which is now considered almost certainly to have occurred, explaining many observable properties of the universe.

What is perhaps even more impressive is that the moiré gravity theory automatically includes the Higgs mechanism of the elementary particle mass generation, and the corresponding Higgs boson that was discovered on Large Hadron Collider in 2012.

“We think this is an exciting and ambitious idea,” says Galitski, a Chesapeake Chair Professor of Theoretical Physics in the Department of Physics at JQI. “In a sense, it’s almost suspicious that it works so well by naturally ‘predicting’ fundamental features of our universe such as inflation and the Higgs particle.”

The model not only includes already observed or hypothesized phenomena, but some new predictions about elementary particle interactions, which could hopefully be observed in the future. The team plans to continue studying their theory, hoping to one day find a way to test it experimentally.

“We haven’t explored all the effects — that’s a hard thing to do, but the theory is falsifiable experimentally, which is a good thing,” Parhizkar said. “If it’s not falsified, then it’s very interesting because it solves the cosmological constant problem while describing many other important parts of physics. I personally don’t have my hopes up for that — I think it is actually too big to be true.”