Pre-folded bioadhesive patches could be the future for sealing wounds after keyhole surgery. 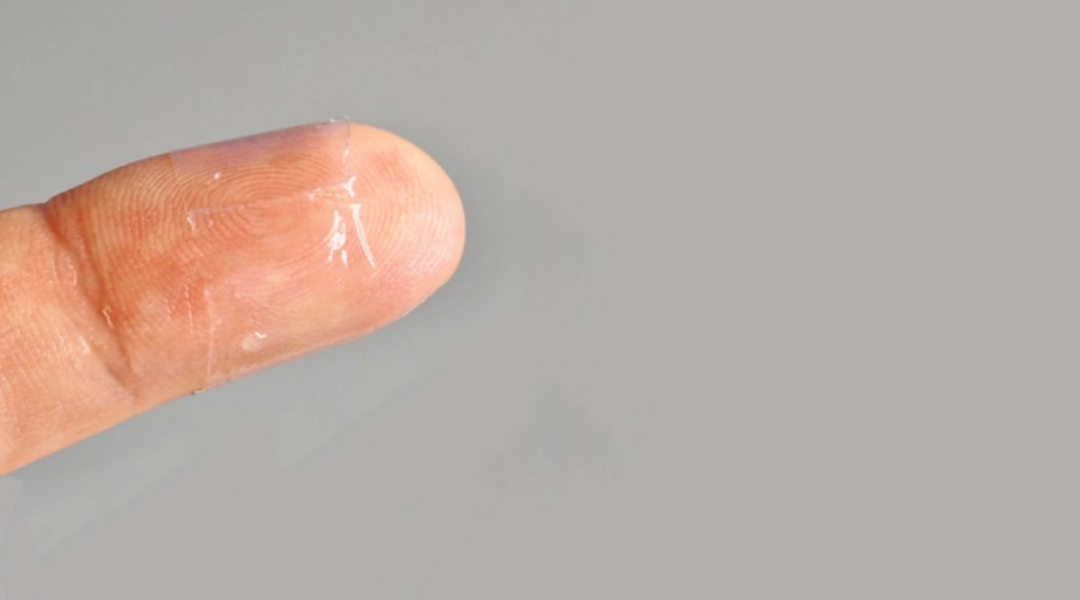 A lot of surgery is nowadays carried out using keyhole surgeries. This minimally invasive approach — which uses small incisions to thread cameras and surgical tools through the body toward the site of interest, negating the need for “open” surgery — has revolutionized the operating theater and is of course more comfortable and less harrowing for the patient.

One drawback of keyhole surgery, though, is that one of the most important steps in any surgical procedure — the sealing up of the wound site when the procedure is over — remains challenging for surgeons.

Researchers at MIT are working to solve this problem by combining the art of origami with the cutting-edge of bioadhesive materials science.

Bioadhesive materials have long been touted as potential replacements for traditional sutures and staples which offer a safe, non-toxic, bio-compatible, and anti-bacterial alternative. The trouble with bioadhesive materials, however, is the difficulty in inserting them into patients through narrow incisions typical of keyhole surgeries; this is where origami holds the key.

Publishing in Advanced Materials, engineers at MIT, in collaboration with the Mayo Clinic, have developed bioadhesive materials which can be folded to fit on small surgical tools, but which unfold upon contact with wet tissue and organs. Furthermore, the special film can resist contamination with bacteria and bodily fluids and is biodegradable. This origami-inspired functionality of next-generation wound-healing materials could greatly help surgeons in patching up their patients during minimally invasive surgeries.

“This patch technology spans many fields,” said co-author Christoph Nabzdyk — a cardiac anesthesiologist and critical care physician at the Mayo Clinic in Rochester, Minnesota — in a press release. “This could be used to repair a perforation from a coloscopy, or seal solid organs or blood vessels after a trauma or elective surgical intervention. Instead of having to carry out a full open surgical approach, one could go from the inside to deliver a patch to seal a wound at least temporarily and maybe even long-term.”

With a material that is designed to react and adhere to wet tissues, an immediately obvious obstacle for these origami patches is preventing them from sticking to tissue en route to its intended wound site, instead of at the wound site itself. The researchers cleverly get around this problem with a triple-layer approach.

The main bio-adhesive material is the middle layer. This middle layer is sandwiched by two protective layers with two separate functions; the bottom layer is a silicone-based oil that acts as a lubricant so make the passage of the folded patch easier. When the patch reaches its target, a gentle press against the tissue is enough for this lubricant layer to be squeezed out, allowing the patch to bind to the intended tissue. The top layer is an elastomer embedded with a polymer containing positive and negative ions. This special elastomer attracts water molecules in the surrounding environment during the patch’s journey, and effectively acts as a water-based shield against bacteria or other contaminants.

The researchers demonstrated these capabilities by showing the origami patches successfully adhere to tissues even submerged completely in water or blood. The fact that these materials work by the art of origami meant the researchers designed some films to fold around already-existing tools used for minimally invasive surgery.

The authors believe that the novelty in the form and function of this patch is an exciting step toward overcoming existing barriers in the fields of minimally invasive and robotic surgeries. The researchers are already working with clinicians and surgeons to optimize the design of their origami bioadhesive patches, and hope one day soon they can be applied to broader clinical use.

The Arctic has begun to enter a new climate state
Your brain: Built by cilia
The true colors of stars
Gravity energy storage elevated to new heights