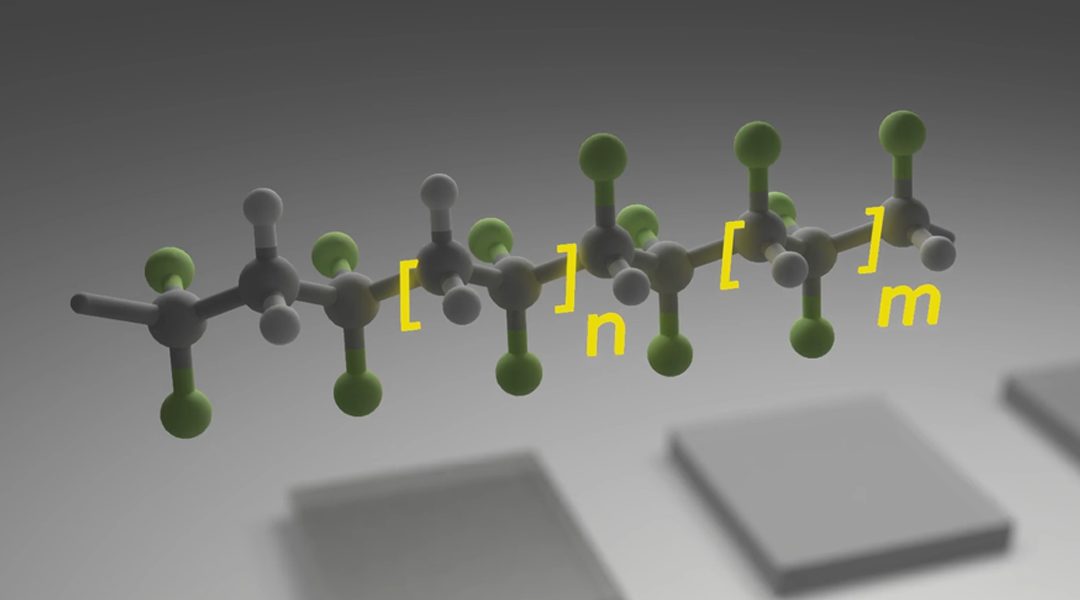 With their increased energy efficiency and data retention, ferroelectric tunnel junctions have the capability to revolutionize future memory and logic devices. However, the high temperature required to manufacture inorganic-based components and the use of hazardous chemicals inhibits their technological application. More easily processable organic-based components are therefore a promising alternative.

The organic ferroelectric tunnel junction is fabricated by spin-coating a film of ferroelectric copolymer onto a bottom oxide electrode composed of indium tin oxide (ITO), La0.67Sr0.33MnO3  (LSMO), or Nb-doped  SrTiO3 (STO). Annealing at 135 °C and evaporation of gold then forms the top electrode. Ordered polymer chains of ferroelectric copolymer lead to large macroscopic polarization in the direction of fluorine atoms, which is reversed on applying an electric field.

This enhancement is attributed to the formation of a Schottky-like barrier when polarized in the direction of the gold layer, which is eliminated upon polarization reversal. This massive TER effect could ensure large data integration density in computers.

To find out more about these tunnel junctions for organic-based memristors, please visit the Advanced Functional Materials homepage.