Optical technique could be essential tool for computer chips

Technique developed several years ago at NIST for improving optical microscopes could be applied to the next generation of computer chip circuit components. 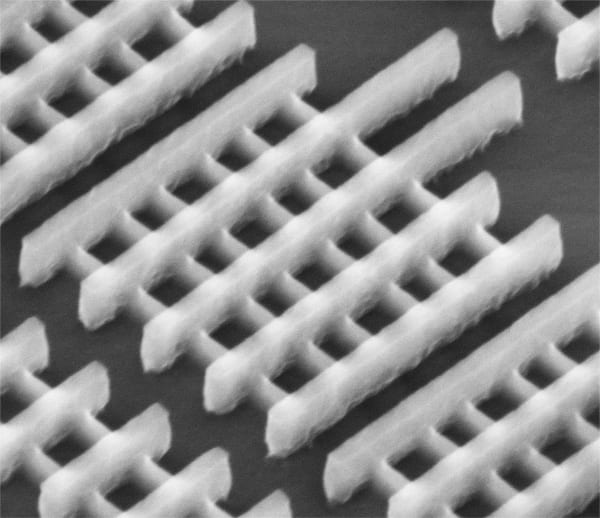 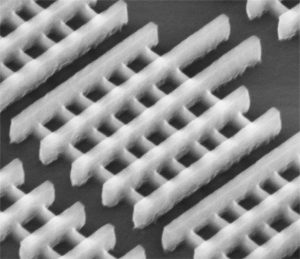 A technique developed several years ago at the National Institute of Standards and Technology (NIST) for improving optical microscopes now has been applied to monitoring the next generation of computer chip circuit components, potentially providing the semiconductor industry with a crucial tool for improving chips for the next decade or more.

The technique, called Through-Focus Scanning Optical Microscopy (TSOM), has now been shown able to detect tiny differences in the three-dimensional shapes of circuit components, which until very recently have been essentially two-dimensional objects. TSOM is sensitive to features that are as small as 10 nanometers (nm) across, perhaps smaller—addressing some important industry measurement challenges for the near future for manufacturing process control and helping maintain the viability of optical microscopy in electronics manufacturing.

For decades, computer chips have resembled city maps in which components are essentially flat. But as designers strive to pack more components onto chips, they have reached the same conclusion as city planners: The only direction left to build is upwards. New generations of chips feature 3-D structures that stack components atop one another, but ensuring these components are all made to the right shapes and sizes requires a whole new dimension—literally—of measurement capability.

“Previously, all we needed to do was show we could accurately measure the width of a line a certain number of nanometers across,” explains NIST’s Ravikiran Attota. “Now, we will need to measure all sides of a three-dimensional structure that has more nooks and crannies than many modern buildings. And the nature of light makes that difficult.”

Part of the trouble is that components now are growing so small that a light beam can’t quite get at them. Optical microscopes are normally limited to features larger than about half the wavelength of the light used—about 250 nanometers for green light. So microscopists have worked around the issue by lining up a bunch of identical components at regular distances apart and observing how light scatters off the group and fitting the data with optical models to determine the dimensions. But these optical measurements, as currently used in manufacturing, have great difficulty measuring newer 3-D structures.

Other non-optical methods of imaging such as scanning probe microscopy are expensive and slow, so the NIST team decided to test the abilities of TSOM, a technique that Attota played a major role in developing. The method uses a conventional optical microscope, but rather than taking a single image, it collects 2-D images at different focal positions forming a 3-D data space. A computer then extracts brightness profiles from these multiple out-of-focus images and uses the differences between them to construct the TSOM image. The TSOM images it provides are somewhat abstract, but the differences between them are still clear enough to infer minute shape differences in the measured structures—bypassing the use of optical models, which introduce complexities that industry must face.

“Our simulation studies show that TSOM might measure features as small as 10 nm or smaller, which would be enough for the semiconductor industry for another decade,” Attota says. “And we can look at anything with TSOM, not just circuits. It could become useful to any field where 3-D shape analysis of tiny objects is needed.”