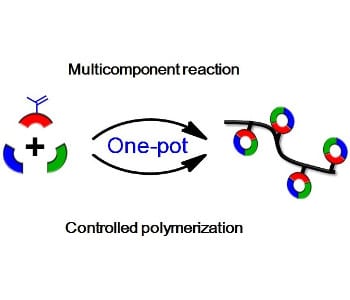 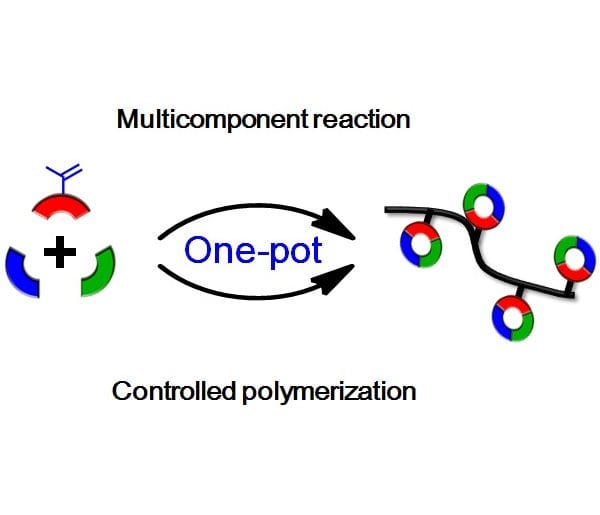 One-pot synthesis is a simple but efficient method for complicated compound fabrication. Starting materials are just mixed in one reactor and the final product generates after a series of reactions. Such a technique is highly welcomed by organic chemists because it is free from laborious separation and purification of intermediates.

As presented in their recently published Talent Article, functional monomers are prepared by traditional organic reactions and in-situ polymerized spontaneously. They have shown that the reactions involved in their one-pot system cooperate well and without interference. Thus they can prepare well-defined products with controlled molecular weight and narrow polydispersity index. Up to date, several one-pot systems, including binary, ternary and even quaternary systems, have been developed. These systems may be applied in materials and biomedical research.

Compared with orthodox approaches, the advantages of one-pot multicomponent systems include a relative simplicity, atom economy and high efficiency. Therefore, such techniques provide a valuable alternative for the preparation of functional polymers. For instance, they have investigated the synthesis of polymers bearing chiral pendent groups or having sequenced monomer composition.

It can be concluded that the presented results on one-pot multicomponent systems contribute significantly to the methodology for polymer synthesis.