An RNA sequencing technique provides evidence for adult neurogenesis, the production of new neurons in the brain. 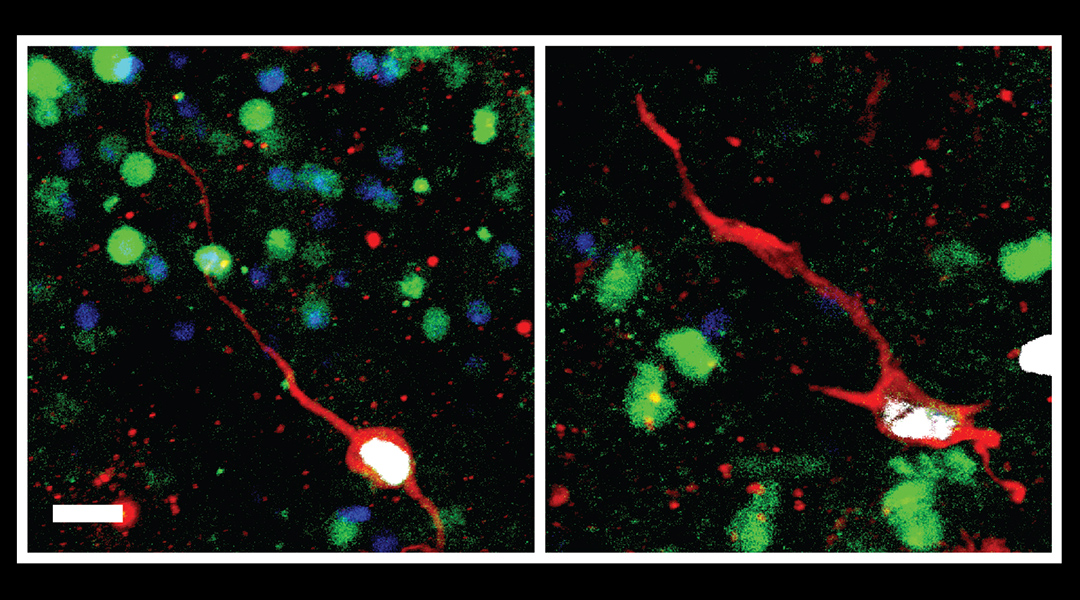 A team led by scientists from the University of Pennsylvania revealed the presence of new, not yet mature neurons in the brain region called the in the hippocampus of adults — a finding which has interesting implications for our understanding of brain function, as well as treating and understanding diseases such as Alzheimer’s.

Adult neurogenesis in the hippocampus

Adult neurogenesis, which is the ability to produce new brain cells as adults, has been hotly debated by neuroscientists largely because the method used to find evidence for it has drawbacks. “Everybody used the same methodology, histology, to detect the cells using antibodies, which has this caveat. They only look at very few proteins, and the tissue may not be suitable,” said Hongjun Song, one of several authors who published this new evidence for adult neurogenesis in the journal Nature.

To get around this problem, they employed single nucleus RNA sequencing, a technique that produces a snapshot of all the RNA being translated by genes within the cells of a sample. “Instead of looking at one gene or two markers, we look at the whole transcriptome, we look at all the genes together,” explained Song.

The team used this method on samples from the hippocampi of newborns all the way to people who were 93 years old, as well as some with Alzheimer’s. By sampling tissue from across the human life span, they would be able to detect differences in new neuron growth throughout life and during disease. As such an active brain region, any insight could lead to a better understanding of the brain’s ability to adapt and learn over time.

However, simply seeing what genes are being used by the neurons in a sample isn’t enough to tell them the ages of these brain cells. “Immature neurons are similar to mature neurons — they are the same neural subtype, they express many similar genes,” said Song. To detect their subtle differences, the researchers turned to AI.

By training an algorithm using samples from prenatal and newborn tissue samples, they were able to accurately discriminate and quantify differences in gene expression between mature and immature neurons, and use this to show which brain samples had new, immature neurons within them.

The results were clear: immature neurons were present in the hippocampus tissue of adults. Not only were they present, but the differences in the genes they were using compared to older, established neurons suggests they are used for different tasks. “That really provided good evidence not only [that] the cells are there, but [that] they also have additional properties. They’re going to do things the mature neurons cannot do,” said Song.

Surprisingly, they also found that depending on the age of the person, the genes used by their freshly formed neurons would also change, implying that new neurons have different functions in a newborn compared to an adult.

While the researchers don’t yet know exactly what these different functions may be, showing that these neurons are present and using different combinations of genes is still an exciting finding. For example, in the Alzheimer’s patients, the team showed that not only do they have less new neuron production compared to healthy people, but again, the genes being used are different. In terms of therapy, boosting the numbers of new neurons in Alzheimer’s patients may not treat the disease. What new neurons they are producing are acting differently than their healthy counterparts.

An important step, many new questions

This study represents an important step in brain research. It shows these techniques work and it provides several enticing clues suggesting that the production of new neurons is not only happening throughout the life span of humans, but that these new cells have different functions throughout our life and in diseased versus healthy patients.

According to Song, the next steps are to profile samples from other brain disorders and find the stem cells responsible for producing new neurons. “I think from the treatment point of view, but also from biological mechanistic point of view, we would like to know where they come from and what’s the differences over age or over disease?” said Song.

Neuromodulation enabled by light-sensitive nanoparticles
Bad dancing can be blamed on genetics
Scientists discover a new protective layer in the brain
Can art help us understand our own brain?