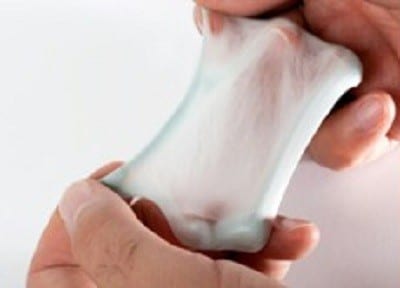 The Munich-based chemical group Wacker has developed a new solid resin that increases the efficiency of gumbase manufacturing. is the water-insoluble constituent of chewing gum, and acts as a carrier for sugar, sugar substitutes (polyols), sweeteners and flavorings.

The production of chewing gum is usually a complex process that is performed in several stages and uses a number of different ingredients. In some cases, the ingredients require intensive preparation and processing. The new gumbase facilitates the production process, since fewer time-consuming steps and also fewer ingredients are necessary, as Wacker told.

With Capiva S, it is possible to produce not only normal chewing gum, but also bubble gum. What’s more, the required elasticity is achieved without additional elastomers and rosins. Added flavors are released faster, which reduces the overall quantity of valuable flavorings necessary for a full flavor. Above all, the resin itself is tasteless. Since the new solid resin is highly resistant to oxidation, the chewing gum has a longer shelf life.

Even after lengthy chewing, there’s no bitterness, or hardly any, according to the company. One of the new solid resin’s key advantages is reduced adhesion. With Capiva S, the gum is less sticky – which means it adheres poorly to surfaces and is much easier to remove.

Wacker reported that the novel resin is suitable for conventional manufacturing processes and equipment. The product has already been approved in Europe and China, and approval applications are being submitted in several other countries and regions, including the USA and South America. Additionally, the Munich-based chemical group has filed patents relating both to the manufacturing process for the new solid resin and to its application in chewing gum.

How do nanoplastics affect crop yield and nutrition?
Building a lemon bioeconomy with green technology
Reviewing the Decision-Making Behavior of Irrigators
Affordable seismic dampers for residential and commercial buildings