Computer simulations provide valuable and often critical insight into the structure and properties of materials and molecules. 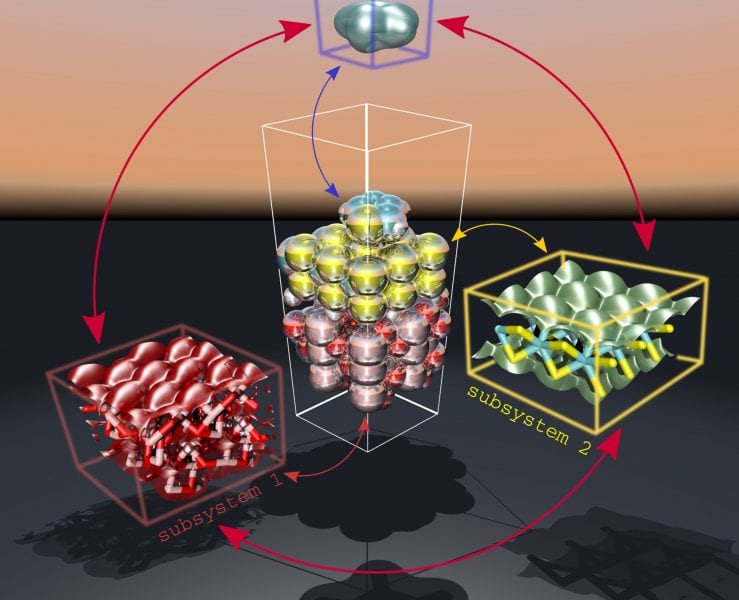 Computer simulations provide valuable and often critical insight into the structure and properties of materials and molecules. Such simulations have therefore become central to the design and characterization of novel and yet-to-be-discovered materials (e.g., improved solar cells) and biosystems (e.g., new pharmaceutical agents) without performing costly experiments in the laboratory. Such approaches can also provide atomistic details that cannot be furnished by experiments alone.

In the distant past, scientists were limited by direct solutions of the quantum-mechanical Schrödinger equation which were so computationally expensive that computer simulations were limited to the study of molecules containing tens to hundreds of atoms. Density functional theory (DFT) offers an alternative solution to the Schrödinger equation and produces remarkably accurate models and predictive capabilities with a relatively low associated computational cost. Consequently, DFT has established itself as the reference method for large-scale simulations of systems in chemistry, biology, physics, and materials science containing hundreds to thousands of atoms. Despite its manageable computational costs, however, the complexity still limits the use of this approach for realistically-sized systems which typically contain thousands or even millions of atoms.

These limitations of DFT have been directly addressed in an article entitled “eQE: An open-source density functional embedding theory code for the condensed phase” that was recently published in the International Journal of Quantum Chemistry. This work, which was led by Prof. Michele Pavanello from Rutgers University, presents a method that has the potential to significantly extend the range of applicability of DFT by redefining the state-of-the-art in computer simulations of large-scale and realistically-sized condensed-phase (solids and liquids) systems. This work is the direct result of over four years of international collaborative efforts with Prof. Robert A. DiStasio Jr. (Cornell University, USA), Davide Ceresoli (CNR-ISTM, Italy), and Oliviero Andreussi (EPFL, Switzerland) has led to the formation of an open-source software package called embedded Quantum ESPRESSO (eQE) that is based on the Quantum ESPRESSO software package and now available for download by the general public at http://eqe.rutgers.edu. 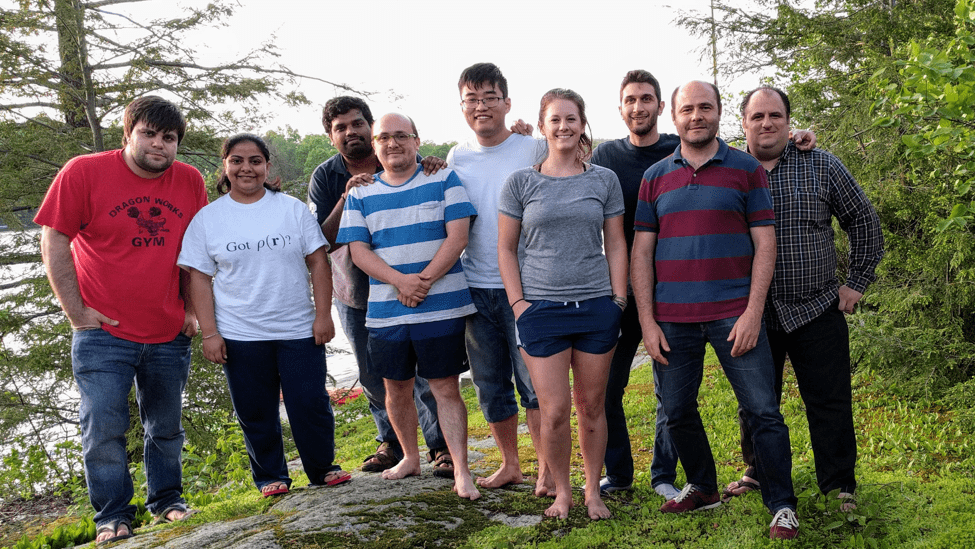 In a nutshell, eQE reduces the computational cost of DFT and achieves near-ideal computational scaling on modern supercomputer architectures by focusing on a divide-and-conquer strategy provided by the subsystem formulation of DFT. This divide-and-conquer strategy solves what would normally be a large and otherwise computationally prohibitive problem by partitioning it into many smaller but coupled subproblems (or subsystems). In this work, the authors have applied eQE to a wide variety of condensed-phase systems varying in size, composition, and complexity to demonstrate that eQE achieves at least an order of magnitude (10x) speedup over conventional DFT. They also show that eQE offers an accurate and reliable treatment for any system composed of noncovalently bound subsystems. In other words, as long as the subsystems are not connected by covalent bonds, eQE is as accurate as standard DFT at only a fraction of the computational cost. The simulations carried out by the authors are proof of eQE’s improvement over the current standard, thereby paving the way for subsystem DFT-based simulations of realistically-sized condensed-phase systems of interest containing thousands to millions of atoms.

The successful coding of eQE hinged upon a strong collaborative effort between the authors. To facilitate such interactions, most of eQE was developed during three Hackathon workshops led by Pavanello in 2014, 2015, and 2017. Each Hackathon took place over one week in which coders (or hackers) worked closely together in a secluded location. In 2015 and 2017, the authors met at a lake house on an island in Northern New Jersey. In this regard, Pavanello finds that the Hackathon approach has been particularly effective for tackling large-scale and challenging projects such as the development of eQE by providing an environment that fosters truly collaborative and multi-disciplinary efforts. According to Pavanello, “It is impossible for a single coder working in isolation to develop a large software package such as eQE. Feelings of discouragement due to the sheer size of the project alone can easily make anyone unproductive. An elegant and fun solution to this problem is to have both junior and senior collaborators working intimately together away from the routine and distractions of daily life. We chose a house situated in a beautiful and natural environment—it was the only house on an island in the middle of a lake in Northern New Jersey.”

Dynamic 3D printing process features a light-driven twist
When function follows form: Semiconductors that behave like metals and superconductors
Ultrasound device improves charge and run time in lithium metal batteries
A new diode could be a game changer for server farms and aircraft