Researchers synthesized a novel copolymer to improve the efficacy of orally-administered drugs. 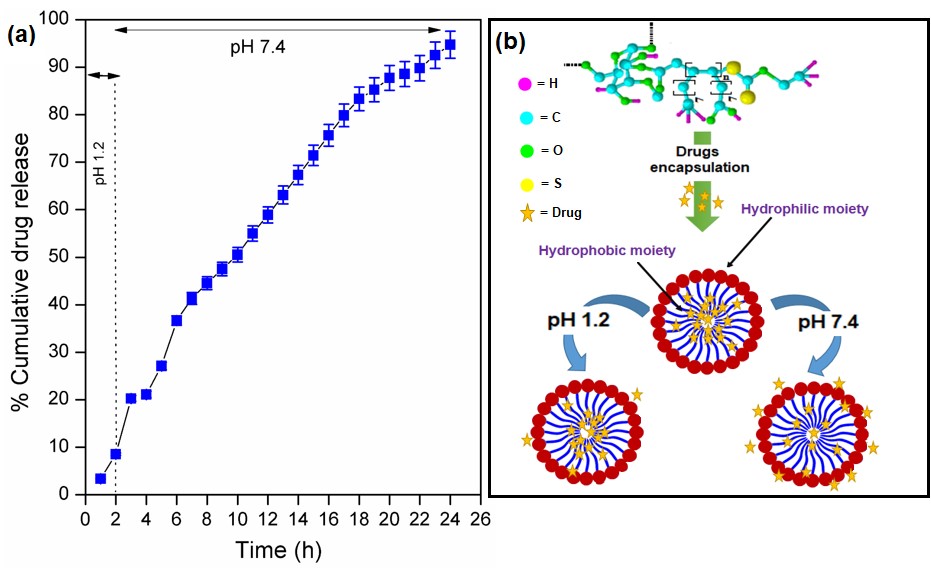 The oral administration of drugs is a tried and true method that is widely favored by patients and healthcare providers alike. Despite the pros of oral drug administration, such as cost-effectiveness and patient compliance, it is not necessarily the most effective method of drug delivery. As such, scientists have attempted to develop more effective drug carriers for use in oral administration, including polymeric micelles. In their work, featured in the Journal of Polymer Science, Part A: Polymer Chemistry, Puja Das Karmakar and colleagues furthered the research that seeks to optimize these micelles for effective and efficient drug delivery while maintaining the convenience of oral administration.

Some drugs are hydrophobic and cannot reach their targeted sites through the gastrointestinal (GI) tract, a difficulty that influences both the effectiveness of the drug and the potential toxicity of the “free” drug. Using a delivery system such as polymeric micelles helps to overcome this issue by carrying the drug intact to the correct site for targeted release. Polymers that are stimuli-responsive, such as to pH, are good options for use in drug delivery systems since different areas of the body possess different pH values.

The team hopes that, in the future, the copolymeric micelle they have synthesized can be used for the increased efficacy of other hydrophobic drugs administered orally.