Bacteria are able to build biofilm bridges to connect with adjacent bacterial colonies. 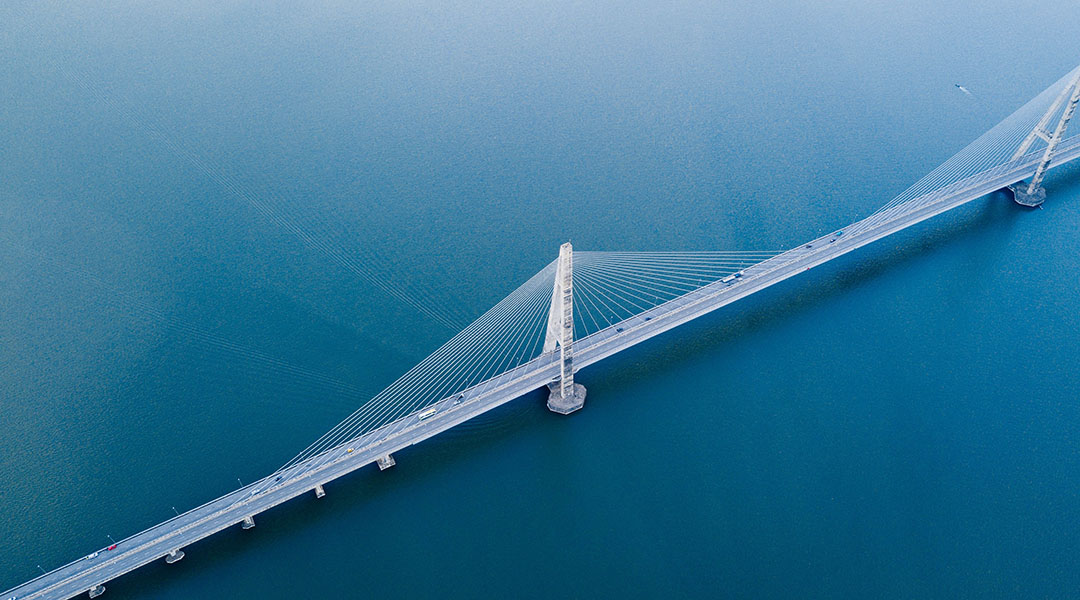 It is interesting to see that bacteria form large networks of such biofilm bridges between distant colonies and that these bridges are packed with highly metabolically active bacteria.

On patterned SLIPS, bacteria did not just grow in compatible hydrophilic regions, but spread over bacteria‐repulsive regions, forming contacts with other bacterial clusters. The biofilm bridges were clearly observable for all species, the shape of which depended on the bacterial strain. For example, P. aeruginosa bridges were dense and uniform, whereas bridge formation by S. maltophilia differed in terms of width and density. The bridges showed both active metabolism (CTC‐positive) and presence of intra- and extracellular DNA (DAPI‐positive), and CTC‐staining provided evidence of highly active bacteria.

The structure and composition of biofilm bridges was analyzed by high magnification fluorescence microscopy. Aggregation, which means co-existence, of actively respiring bacteria, and also of mixed species P. aeruginosa and S. maltophilia, and eDNA in the bridge structures was demonstrated.

Curious as to what factors influence the formation, growth, and spreading of these biofilm networks, the authors investigated the concentration and composition of nutrients in media. Magnesium and iron ions were found to significantly affect biofilm formation at multiple stages of development. Iron limitation resulted in production of the biosurfactant, rhamnolipid, in P. aeruginosa. High concentrations of rhamnolipids increase the motility of the bacteria, and thus support the expansion of biofilms as a stress response to limited iron availability. On the other hand, reduced concentrations of magnesium ions led to a decrease in bridges formation, suggesting that magnesium is an important factor for facilitating the bridges formation.

Biofilm bridge formation is a novel phenomenon, which can be used to reveal more details about the dynamics and communication within biofilm communities. So, the remaining question is: Why do they build these bridges?