Amorphous cobalt-based oxides show catalytic activity in the bulk of the film, not just at the interface with the electrolyte. 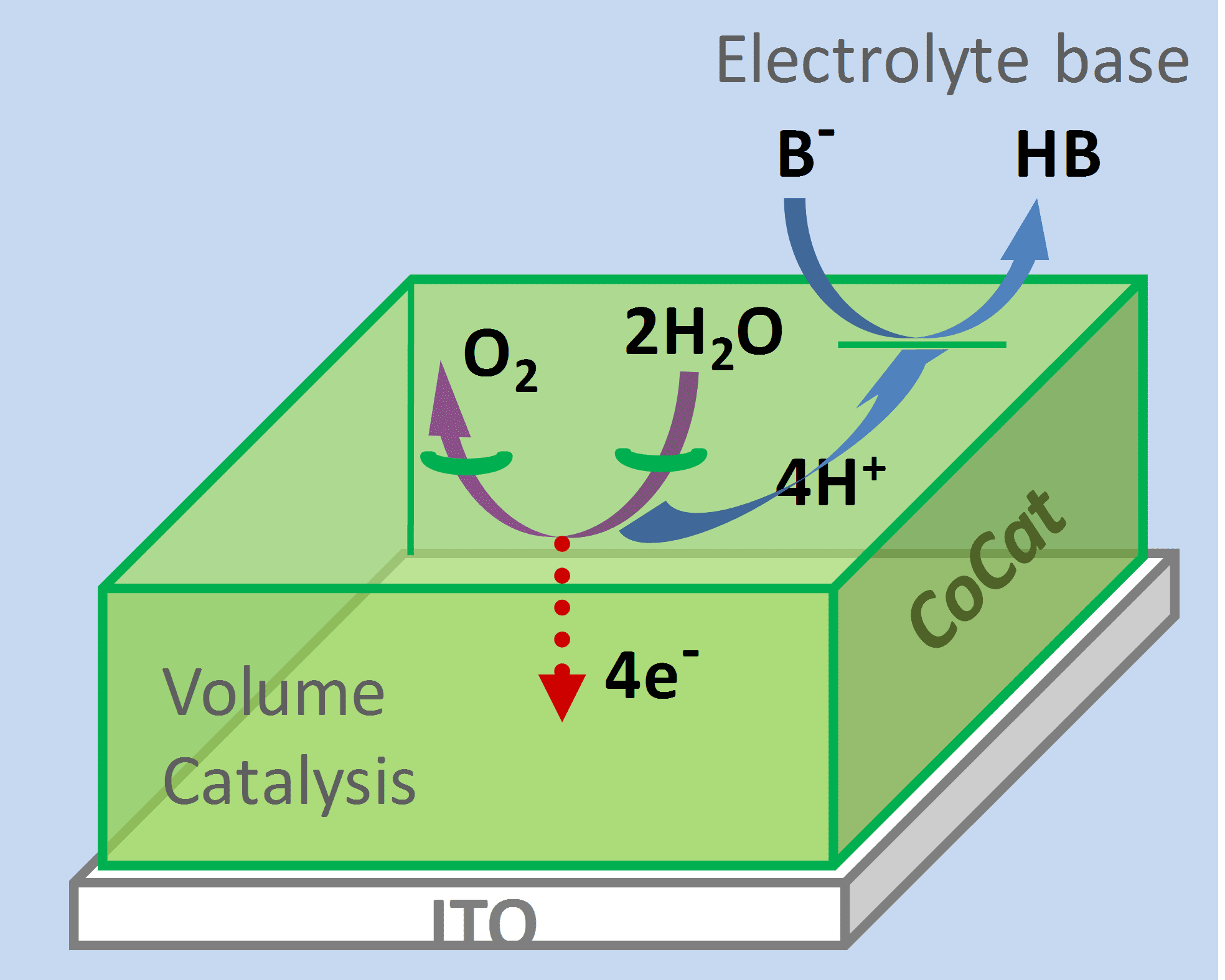 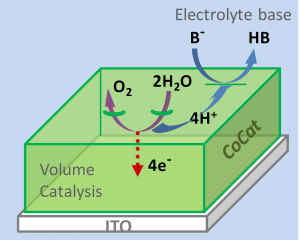 The water-oxidation reaction, one of the half-reactions in water splitting, promises to be a key technology in the long-awaited hydrogen economy. But only if it can be catalyzed efficiently at room temperature and neutral pH and by a catalyst that does not cost the earth.

In 2008, Kenan and Nocera developed an amorphous-oxide catalyst based on cobalt, an abundant first row transition-metal, that shows great activity in the water-oxidation reaction under benign conditions and can be easily obtained by electrodeposition. Their discovery launched a wave of research into similar amorphous water-oxidation catalysts based on other transition metals such as nickel and manganese. Now, in a new article in ChemSusChem, Holger Dau and co-workers share some surprising results about how these catalysts operate.

The accepted view of cobalt-based oxide catalysts is one of a solid metal-oxide film with catalysis occurring at the interface between the solid material and the bulk electrolyte. However, when Dau and his team measured catalytic rate for films of different thicknesses (15 mm to 1500 mm) they found that, at low overpotential, the rate was directly proportional to the catalyst volume. This proves that, rather than catalysis occurring only at a crystal surface, there are reactive sites throughout the bulk of the film.

Is this so surprising? The authors point out that, in closely related cobalt oxides used in lithium-ion batteries, all of the cobalt ions in the bulk metal-oxide are important for charging efficiency. The special structure of the bulk amorphous film also explains the activity: it is formed of molecular-sized fragments of cobalt oxide embedded in a quasi-electrolyte of water, anions, and cations. Water oxidation can take place at the outer edges of the fragments or at internal vacancies; proton transfer can occur within networks of hydrogen-bonded ions and water molecules found at the margins of oxide fragments. Efficient catalysis is maintained by the ability of this internal electrolyte to conduct protons out of the bulk film.

The authors believe that this finding of bulk catalytic activity is general for amorphous transition-metal oxides. In practice, then, to what thickness should the film be increased? Activity increases proportionally to film thickness but there is a limit (2 µmol cobalt cm-2, beyond which activity does not increase further).

This research team has shown that, for water-oxidation catalysts, more is actually more. These results should be important in the practical application of these catalysts.