US scientists show the mechanism of toxicity of gold nanoparticles in living cells, and demonstrate that the nanoparticles are not toxic under diagnostic conditions. 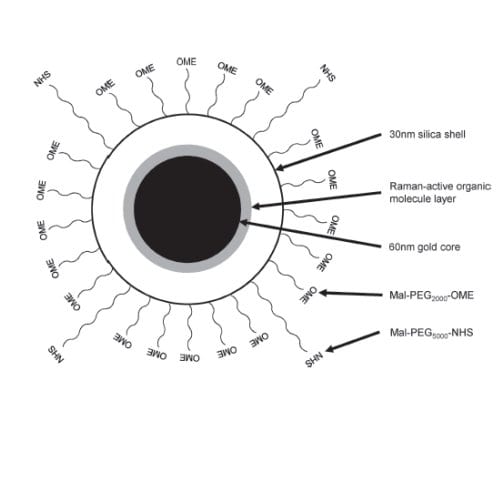 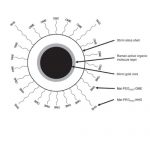 US scientists show the mechanism of toxicity of gold nanoparticles in living cells, and demonstrate that the nanoparticles are not toxic under diagnostic conditions.

Nanoparticles are becoming ubiquitous in diagnostic imaging systems for operation within the body, but the interaction of such tiny particles with living tissue is still controversial as their toxicity is not well understood. Although several studies have investigated nanoparticle toxicity, findings suggest that it is governed by many variables such as shape, size, surface functionalization, etc. of the particles, as well as the types of cells in question.

Gold nanoparticles are of particular interest in diagnostic imaging because of their properties in surface-enhanced Raman scattering (SERS), and the general low toxicity of gold.

Recently, Sanjiv Gambhir and colleagues at Stanford University’s Radiology department performed work on two types of human cells; liver cells, because it is known that nanoparticles are often cleared from the body through the liver, and also the cells that are traditionally used in human toxicity studies. They used gold nanoparticles with an inert polymer attached, all encapsulated in a silica shell, as this is a good model for many diagnostic and therapeutic nanoparticles being considered currently.

Their work showed that the nanoparticles are not toxic in the short term or at concentrations likely to be used for SERS diagnostic tests. Higher concentrations of nanoparticles or longer exposure to the particles resulted in increased ROS generation within the cells, which the researchers were able to measure even before the cells’ antioxidant defenses were overcome and the cells were damaged. This result confirms earlier theories about the role of ROS in cell toxicity.

The researchers are quick to point out that, while their results are encouraging, the cells they are studying are far less complex than whole organs or bodies, and thus further studies are needed in living subjects. They also point out that their nanoparticle is only a model and functional diagnostic particles may well have different properties, shapes, or functional groups which could alter their toxicity behavior. However, knowledge of the mechanism by which the nanoparticles affect cells could be vital in future diagnostic systems.