Although many eukaryotic transcripts contain cap structures, it has been long thought that bacterial RNAs do not carry any special modifications on their 5′‐ends. In bacteria, primary transcripts are produced by transcription initiated with a nucleoside triphosphate and are therefore triphosphorylated on 5′‐ends. 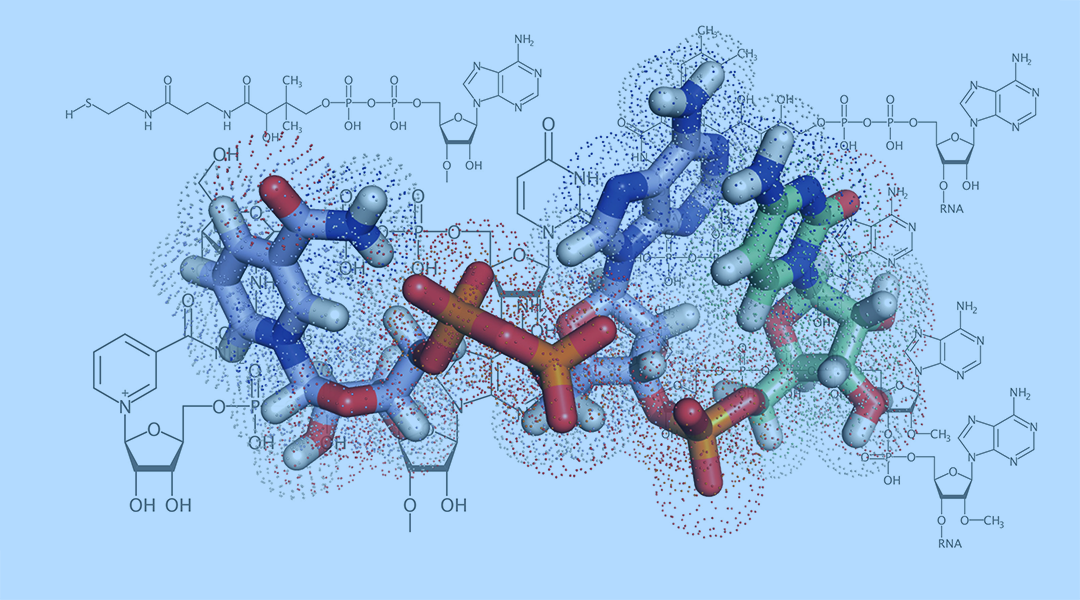 RNA, a primary product of gene expression, has long known to bear multiple chemical modifications specifying and/or alternating its function. Early studies revealed a number of post-transcriptional chemical changes in transfer and ribosomal RNAs that are common for all domains of life. Discovery of the cap structure on the 5ʹ terminus of eukaryotic messenger RNAs and regulatory functions associated with it seemingly drew a line between bacteria, which lack this feature, and higher organisms. Recent advances in analytical techniques, like mass spectrometry, prompted researchers to revisit the composition of bacterial RNAs that led to the discovery of cap-like structures in bacterial mRNAs and sRNAs.

Starting with the initially discovered nicotinamide adenine dinucleotide, repertoire of chemical compounds found on the 5ʹ end of bacterial RNAs has been expanded by another cofactor, coenzyme A, and a few more nucleotide-containing metabolites. Bacterial RNA polymerase appears to play the primary role in capping bacterial RNAs due to its ability to initiate transcription using nucleoside-containing compounds. Another enzyme, NudC, from the family of Nudix hydrolases, acts downstream and limits the life-time of modified RNAs by removing the chemical groups from the 5ʹ end, which otherwise protect capped RNAs from degradation. The latter process resembles the RppH-dependent RNA decay pathway that targets 5ʹ-monophosphorylated RNAs which serve as substrates for degradation. Remarkably, conversion of a 5ʹ triphosphate present in primary transcripts to a monophosphate involves stable diphosphorylated RNA species, which may play a separate role in biological processes.

Capping of bacterial RNAs was found to depend on bacterial growth conditions that hints at the involvement of this process in regulation and response to external stimuli by extending lifetime of capped RNAs. However, the exact function and significance of capping in bacterial RNAs has yet to be discovered. In their recent WIREs RNA Review, authors Vasilyev, Gao, and Serganov have discussed various aspects of 5ʹ modifications and presented the studies which range from early works on distinct phosphorylation states to the latest findings of complex chemical structures on the 5ʹ end of bacterial mRNAs. This Review describes methodological advances that led to the discoveries and touches topics of genetics, enzymology, and structural biology. Discussion on possible physiological significance and functions of capped RNAs in bacteria constitutes another part of the review.