Prize awarded jointly to James Peebles "for theoretical discoveries in physical cosmology" and Michel Mayor and Didier Queloz "for the discovery of an exoplanet orbiting a solar-type star". 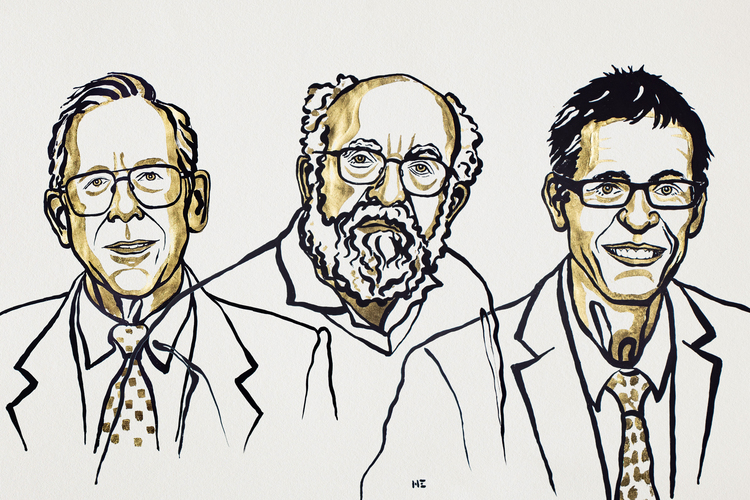 The Royal Swedish Academy of Sciences has jointly awarded this year’s Nobel Prize in Physics to two pioneering discoveries in the field; half the prize to James Peebles “for theoretical discoveries in physical cosmology” and the other half to Michel Mayor and Didier Queloz “for the discovery of an exoplanet orbiting a solar-type star”.

Were it not for these people, our understanding of our universe and our place in it would be radically different.

First, James Peebles. As the Albert Einstein Professor of Science at Princeton University, USA, Peebles has undertaken ground-breaking work in the field of cosmology with his theoretical models of the universe, which have since been vindicated by real-world observations.

The evolution of the universe only gained traction about 90 years ago, when galaxies were confirmed to be moving away from each other—before then, it was assumed the universe was static. This marked a profound paradigm shift in the field of cosmology, but another paradigm shift took place a few decades later in the 1960s, with the discovery of cosmic background radiation. It is this latter shift in our understanding of the universe in which Peebles would go on to play a huge role.

Peebles’ theoretical works started in the 1960s and over the next two decades developed his ideas that would lay the groundwork for our modern understanding of the evolution of the universe.

From his work, we now know that all the content that is known in the universe makes up just five per cent of it; the other 95 per cent is the elusive “dark matter” and “dark energy”.

Cosmologists today are grappling hard with theories and observations to try and understand this dark matter more, and they owe it to Peebles that their work is an established field of cosmology. As the story of the universe’s history continues to reveal its secrets, the work of Peebles could very well lead to further paradigm shifts in this century, that are on par with such shifts in the last.

Perhaps in hope of things to come, Peebles had the following words to say at the press conference immediately after he was awarded the prize; “My advice to young people entering science: you should do it for the love of science … You should enter science because you are fascinated by it.”

The other two laureates have also contributed greatly to our knowledge of the universe, but in a different way.

In 1995 whilst Michael Mayor and Didier Queloz worked at the University of Geneva—at which they are still researching—what we knew about our place in the universe was fundamentally changed when they, publishing in the journal Nature, announced the first-ever discovery of an exoplanet orbiting a solar-type star.

Exoplanets had first been discovered in 1992 orbiting a pulsar, but what made the 1995 discovery so significant was the fact the star it was orbiting was similar to our sun. This immediately gave rise to two questions: how common are solar systems like ours? And more profoundly, is there extraterrestrial life on such exoplanets?

The first question has been quite clearly answered in the 24 years since—it would seem that solar systems are very common; it is now thought that there is on average at least one planet per star across the galaxy and beyond.

The second question remains of course unanswered, but an affirmative answer seems increasingly more likely—about a fifth of sun-like stars are thought to have an Earth-sized planet orbiting within the habitable zone of their solar systems. And of course, this is just assuming that Earth-like conditions are the only ones in which life can flourish; who’s to say that alien life cannot survive on planets we consider “uninhabitable”?

At the moment though, such questions of extraterrestrial life remain in the realm of speculation and hypothesis (but no longer just in science fiction!), and new science and technologies are required to get a better picture of what these far-off worlds are really like. Current methods in astronomy don’t actually “see” exoplanets. Instead, their existence are inferred by so-called transit photometry. This is the relatively simple method of measuring a star’s dip in its light intensity as an object passes in front of it. If the dip repeats at regular intervals, and is consistent in how much the light intensity dips each time, this is the confirmatory fingerprint of an orbiting planet around the star.

Astronomers can also deduce what the atmosphere of the planet consists of by analyzing the star’s light that has passed through its planet’s atmosphere on its way to Earth.

As transit photometry techniques improve, astronomers hope to get more detailed information of exoplanetary atmospheres, which could offer vital information for scientists hoping to see signs of life; does the atmosphere contain water vapor? Oxygen? Organic matter? We do not yet know. But what we do know is that without Mayor and Quiloz’s discovery, astronomy would not be at the forefront of such profound questions, the answers to which could mark a giant step forward for us as a species, and how we see ourselves on this (someone else’s) exoplanet we call Earth.