John B. Goodenough, M. Stanley Whittingham and Akira Yoshino win the 2019 Chemistry Nobel Prize for the development of lithium-ion batteries 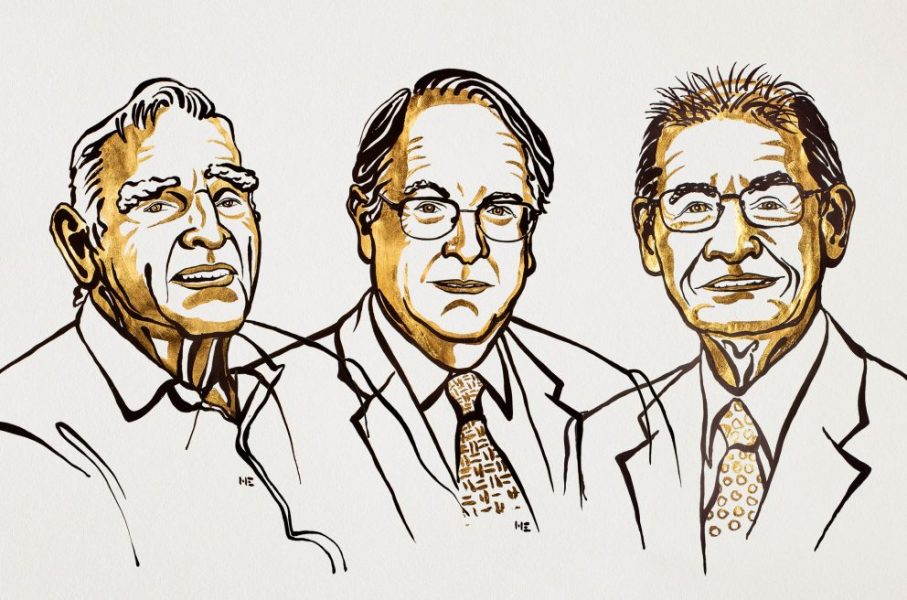 In the late 1980s, Akira Yoshino booked some time in a facility used for testing explosive devices.  He engineered an experiment in which slabs of iron were dropped on two types of battery. One exploded in flames, the other did not.

This test cleared the way for the lithium-ion battery to be commercialized by Sony, and started a consumer electronics revolution whose reverberations are still being felt today.

Three decades later, Yoshino, along with John B. Goodenough and M. Stanley Whittingham, would be recognized for their pioneering research into lithium-ion batteries with this year’s Nobel Prize in Chemistry.

In the 1970s, energy companies around the world began to search for alternative energy sources to petrol since it was widely thought at the time that the planet’s oil reserves were running dry.

At Exxon, scientists were given a great deal of freedom to explore alternative energy sources and a member of the team, named M. Stanley Whittingham, developed a keen interest in new battery technologies.

At that time, the potential of lithium as an energy source was well understood, however, the technical challenges faced by batteries of this type were enormous.  It was assumed that the anode of any battery that used lithium would necessarily use lithium metal as an anode.

As any chemist—or for that matter anyone with access to YouTube—would be able to tell you, lithium metal is problematic. It reacts explosively with water, it degrades in the presence of air, and it is not easy to produce.

With the technology available in the 1970s, convincing a car manufacturer to stick kilograms of lithium under the bonnet of a new car would have been a next to impossible task.

Whittingham’s breakthrough was to show, that at least at the cathode, lithium could be intercalated in a lattice that was made of titanium sulfide, where the lithium was housed in the van der Waals gaps between the layers of titanium sulfide.

Using this material, the first working, rechargeable lithium battery was developed in 1976 and could produce a potential difference of around two volts.

Two volts was not sufficient to run complex devices. In order to be taken seriously as an energy source, the lithium-ion battery required a better cathode material that could deliver high voltage and more current.

In the 1970s, various groups attempted to manufacture such a cathode and at the very end of the decade, John B. Goodenough found a way to do it.

The cobalt oxide material that he developed worked in an analogous way to Whittingham’s, with lithium atoms sitting between cobalt oxide layers in a way that did not disrupt the structure of the lattice.

The prototype batteries using these anodes were able to deliver potential differences of around four volts.

Not only did this new cathode material increase the power of lithium-ion batteries, it was significantly cheaper and more environmentally friendly than the earlier titanium sulfide.

The lithium metal at the anode remained a serious problem. Exxon continued research into their lithium battery prototype for a number of years. The key issue for the project was that over repeated charge and discharge cycles, shards of lithium or “dendrites” would grow from the metallic lithium anode through the battery, all the way to the cathode, causing short circuits.

If lithium could be intercalated at the anode, then perhaps this dendrite formation could be prevented.  Until the middle of the 1980s, all attempts to intercalate lithium at the anode led to degradation of the anode.

All attempts, that is, until Akira Yoshino began his investigations into petroleum coke. His group found that by heat treating petroleum coke, the degree of crystallinity of the material could be controlled. This crystallinity was key to providing a stable lattice for lithium ions.

Using Goodenough’s cathode with a petroleum coke anode, and after demonstrating that these batteries were not explosive, the first commercial lithium-ion battery was produced in 1991.

The ensuing revolution in portable electronic devices swept the globe in the 1990s, and new developments in these technologies are being constantly driven by ever improving battery designs and materials.

As we move into the third decade of the 21st century, the original impetus for Whittingham’s work is more relevant than ever.  Nations transitioning to low carbon economies urgently need alternatives to petrol and coal as energy sources.

From the battery powered car to the giant battery linked into the grid in South Australia, lithium battery technology is helping to put our society on a more sustainable footing.