Polymer solar cells could be cheaper and more reliable thanks to Swedish and Chinese researchers. 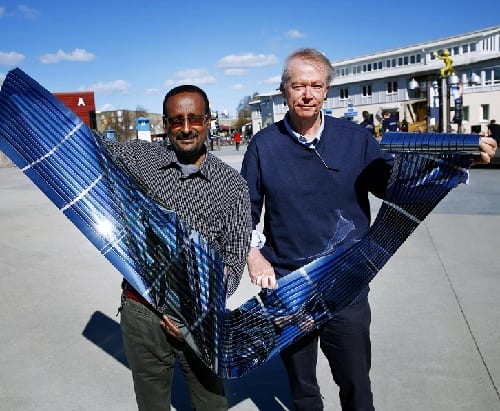 Now, a team of chemists led by Professor Jianhui Hou at the the Chinese Academy of Sciences (CAS) has set a new world record for fullerene-free polymer solar cells by developing a unique combination of a polymer called PBDB-T and a small molecule called ITIC. With this combination, the sun’s energy is converted with an efficiency of 11%, a value that strikes most solar cells with fullerenes, and all without fullerenes.

Feng Gao, together with his colleagues Olle Inganäs and Deping Qian at Linköping University in Sweden, have characterized the loss spectroscopy of photovoltage (Voc), a key figure for solar cells, and proposed approaches to further improving the device performance. 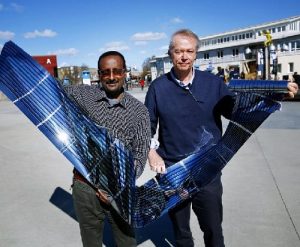 “We have demonstrated that it is possible to achieve high efficiency without using fullerene, and that such solar cells are also highly stable to heat. Because solar cells are working under constant solar radiation, good thermal stability is very important,” said Feng Gao, physicist at the Department of Physics, Chemistry and Biology, Linköping University.

He continued: “The combination of high efficiency and good thermal stability suggests that polymer solar cells, which can be easily manufactured using low-cost roll-to-roll printing technology, now come a step closer to commercialization.”