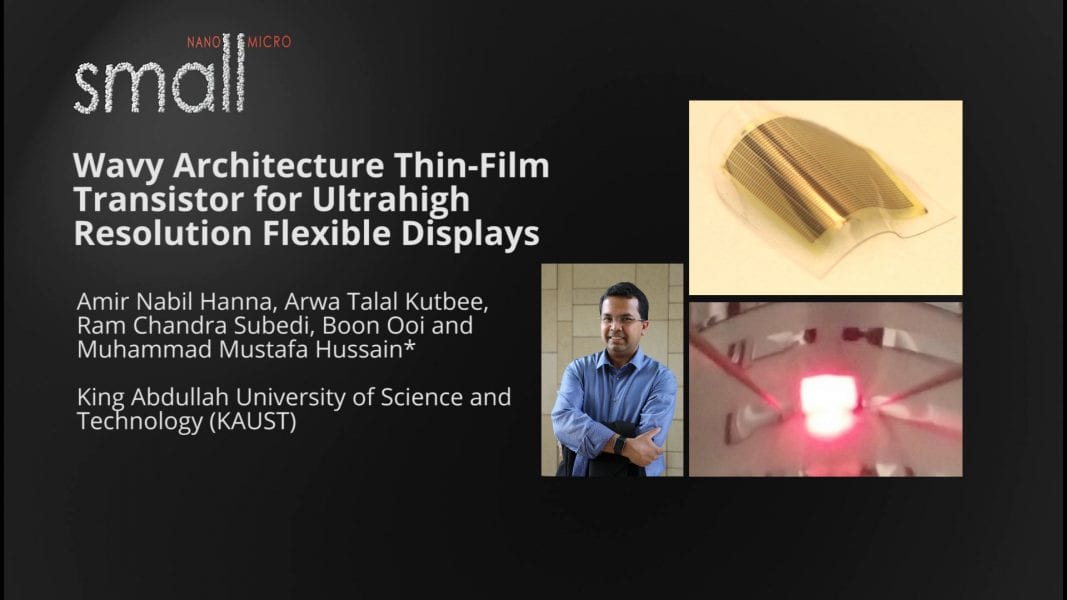 Display technology in consumer electronics is rapidly moving from liquid crystals to light-emitting diodes (LEDs) and ultrahigh definition. An enhancement in definition necessitates the reduction of the thin-film transistor size with a view to higher resolution and efficiency.

In a communication in Small, Muhammad Mustafa Hussain and co-workers from the King Abdullah University of Science and Technology in Saudi Arabia report a grooved thin-film transistor (TFT) architecture that achieves a 70% higher drive current than conventional planar TFTs.

Professor Hussain states, “Don’t we want to have a display technology which is far better than today—with brighter resolution, higher color contrast, and fast responsivity? If that is our objective, then we should know that it’s not the LED, but rather its controller backplane transistors limiting that.”

Flexible TFT arrays and LEDs are possible with this approach. A wavy-channel zinc oxide TFT device with a 3-µm fin width and a 6-µm fin pitch is constructed.

A red LED can be driven by a wavy TFT at currents that are 70% higher than those possible in conventional coplanar TFTs, more than doubling the luminescence.