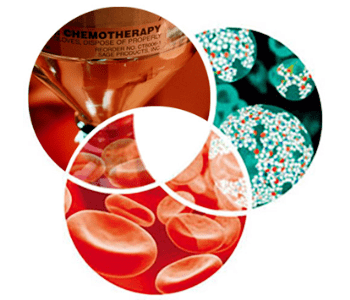 In the United States, leukemia is one of the ten leading causes of cancer deaths, and acute myeloid leukemia (AML) is responsible for one third of these deaths. The mainstay therapy is a combination of cytarabine and an anthracycline. This regimen was originally developed about four decades ago and remains the standard of care. Unfortunately, the majority of patients still die from their disease. Therefore, there is a need for new treatment strategies for AML. AML is a heterogeneous disease with many molecular mechanisms that lead to resistance to treatment. Due to this heterogeneity, the combination of two or multiple drugs can offer superior outcomes over single drug therapy.

Now, to address this question, researchers from the University of Utah have tested four different drugs and investigated their 2-drug combinations effect in cultured AML cells. Four drugs with distinct anticancer mechanisms included two traditional drugs (cytarabine, daunorubicin) and two newly developed drugs (GDC-0980, JS-K). In their study, the cytotoxicity results revealed that the combination of cytarabine and GDC-0980 had stronger synergistic effect than the other combinations. Notably, it has been reported that GDC-0980 may possess the capability of killing cancer stem cells.

However, there are some limitations for clinical application of cytarabine and GDC-0980. For example, cytarabine is generally given at either high intravenous doses or by continuous infusion in the clinic, because of its short plasma half-life and low stability. GDC-0980 is administered orally in a Phase II clinical trial, due to its poor solubility. For improved clinical treatment, new polymer-based formulations of cytarabine and GDC-0980 were synthesized. N-(2-hydroxypropyl)methacrylamide (HPMA) copolymer was employed in their design, because HPMA copolymer-mediated drug delivery can offer some benefits, including improved drug stability, preferred drug biodistribution, a potential to avoid drug-resistance, reduced side effect, and enhanced therapeutic efficacy. The cell culture studies demonstrated that both new formulations had potent anticancer activity and their combination also showed strong synergism. To obtain a better understanding of the mechanism, the effect of different drug combinations on cell division was also investigated.