The combination of ionic liquids with polymers allows the development of smart materials with superior properties and tailored functionalities for several areas of application. 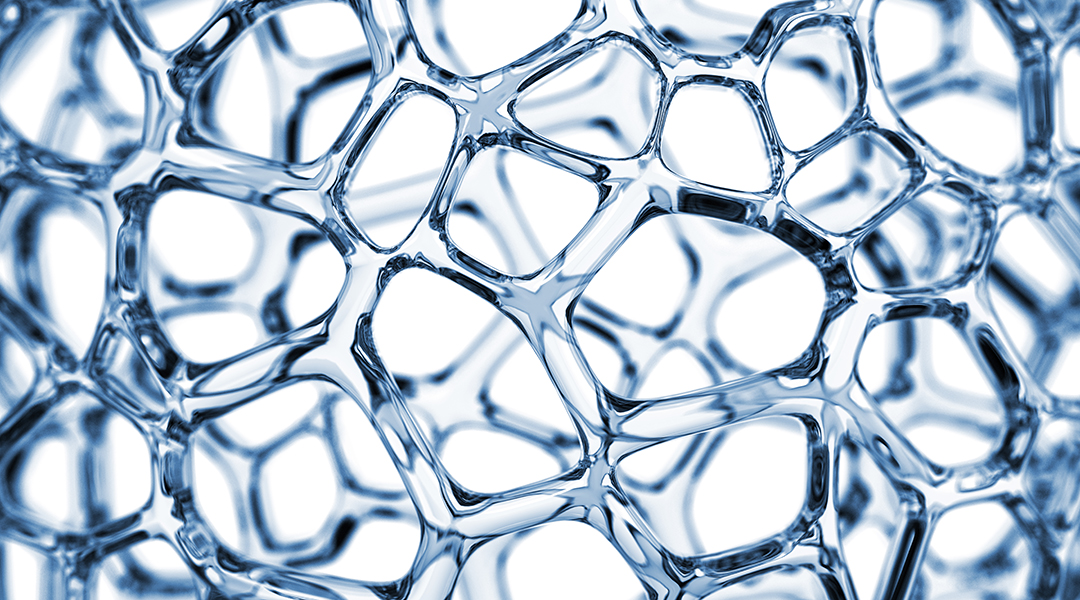 Ionic liquids have emerged as a novel class of chemical compound for the development of advanced materials with outstanding potential applications. Although ionic liquids were discovered as early as 1914, it was only in the last two decades that they have received their due attention, as it was recognized that the physicochemical properties could be adjusted over a large spectrum.

An ionic liquid is a salt in the liquid state with a melting temperature of less than 100°C (212°F), and composed of paired ions. It is chemically, electrochemically, and thermally stable, usually with a decomposition temperature above 350°C (662°F) and is also considered non-flammable and non-volatile.

These compounds can be extensively modified and their properties chemically tuned to improve their effectiveness toward specific applications in areas such as medicine, CO2 capture, batteries, lubricants, or fuels, among others. But not only are ionic liquids desirable materials because their properties can be adjusted, it is also possible to incorporate them into other materials, such as polymers.

The combination of ionic liquids with polymers allows for developing smart materials, which synergistically combine both material’s features. Thus, it is possible to tune the ionic liquid, the polymer, or both to obtain a broad spectrum of multi-functional composites to address the specific requirements of many applications.

According to a collaborative team of researchers from Spain and Portugal, this opens the possibility to develop novel stimuli-responsive materials with different morphologies like gels, films, membranes, and fibers.

In a paper recently published in Advanced Functional Materials, the research team investigated the development of ionic liquid/polymer composites with different functionalities. Professor Senentxu Lanceros-Méndez from the Basque Center for Materials in Leioa, Spain, said: “As many of the effects rely on the synergistically interplay between ionic liquids and polymer matrix, a deeper understanding of the main physicochemical insights of the different phenomena, will be needed, in order to proper tailor materials functional response to specific application needs.”

The recently released paper focuses on advanced materials for applications in responsive and sensitive sensors, actuators, batteries, fuel cells, and biomedical applications. The main advantage seems to be the large variety of ionic liquids, which allows tuning materials responses to a large variety of external environmental stimuli, such as electrical and magnetic fields, heat, or light, among others, based on the vast array of ionic liquid characteristics.

According to the team, the potential that this new technology has for environmental remediation is enormous. However, so far, lithium-ion batteries are the most explored application for ionic liquids. In the researcher’s opinion, ionic liquids have emerged as a potential candidate to replace conventional charge carrier and solid polymer electrolytes, addressing the safety issue without compromise the high ionic conductivity and excellent thermal and mechanical properties.

Although, according to Lanceros-Méndez, the most promising areas of application are elsewhere: “The development of a full set of environmentally friendly multi-functional materials that are compatible with additive manufacturing technologies opens important application possibilities in the areas of sensors and actuators for flexible electronics, as well as in the biomedical field, where materials are being used to develop stimuli-responsive microenvironments for tissue regeneration, among others.”

Phase-Changing Metamaterials: A New Frontier in Technology
Searching for a needle in the haystack: Fast screening for new catalysts
Exchanging heat for pressure: An efficient route to processing titanium alloys
Self-Sustaining Oscillating Surfaces in Soft Matter