A rapid way of diagnosing anaemia using microwave technology being developed into a point of care device for hospitals and the home. 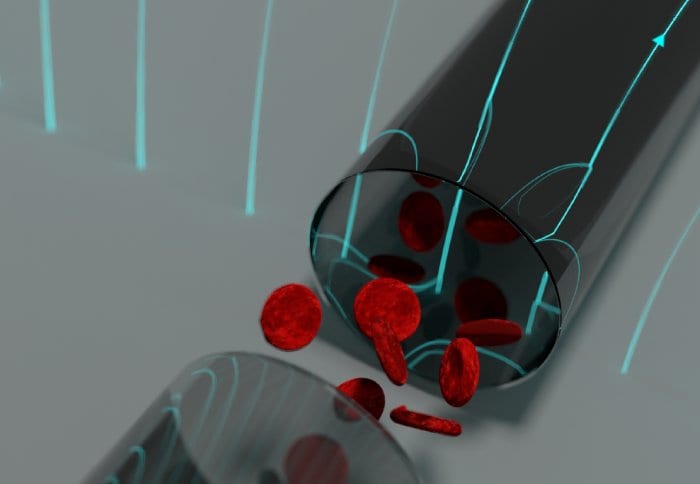 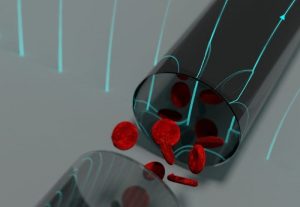 A rapid way of diagnosing anaemia using microwave technology has been developed by scientists.

There are different types of anaemia, which causes lethargy, jaundice, tiredness and shortness of breath. It is generally the result of an iron deficiency in people. According to the World Health Organisation, it affects up to a quarter of the world’s population at any given time.

The research team from Imperial College London are developing technology for a portable finger-prick device to diagnose anaemia type that could potentially provide a quick and effective alternative to sending blood samples to a laboratory for analysis. They believe it would be most useful for doctors treating patients in developing countries, particularly remote rural regions, where access to such laboratory analysis is limited.

If their efforts are successful, the team predict the device will be able to carry out a finger-prick analysis in approximately four minutes, whereas lab analysis can take up to two weeks in developed countries and longer in developing nations.

The research is published last week in the journal Advanced Healthcare Materials.

Dr Toby Basey-Fisher, author of the paper from the Department of Materials from Imperial College London, says: “Anaemia can be debilitating and if left untreated, it can make people more susceptible to illness. This is especially so for people living in developing countries who may not be able to afford proper tests. Our study demonstrates a new method that we hope will enable rapid testing of anaemia alongside a number of other important blood measurements. We are now developing this technology into a portable device to speed up diagnosis, so that treatments can be administered more effectively.” 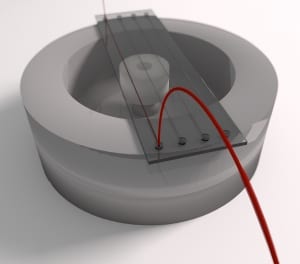 An artist’s impression of how the device works

Currently, the diagnosis of different types of anaemia requires a blood sample, which is transported to a lab for analysis. This involves a process called lysing, which destroys the membrane of the red blood cell and enables haemoglobin to be released from the cell and measured. Low levels of haemoglobin indicate anaemia. Doctors also take measurements of the size, shape and quantity of red blood cells, which is required to determine the type and cause of anaemia.

The team say the advantage of their technique is that the red blood cells do not have to be destroyed in an analysis, which enables a complete analysis in one go instead of successive testing.

The team are in the process of patenting their technology and intend to commercialise their product in the near future. Their aim is that within 3 years, a portable device will be available commercially for use in accident and emergency wards, homecare and at the point of care for patients in developing countries.

This article was first published by Colin Smith on 10th September.