A new experimental mRNA therapy for idiopathic pulmonary fibrosis has done what no current treatment options can do. 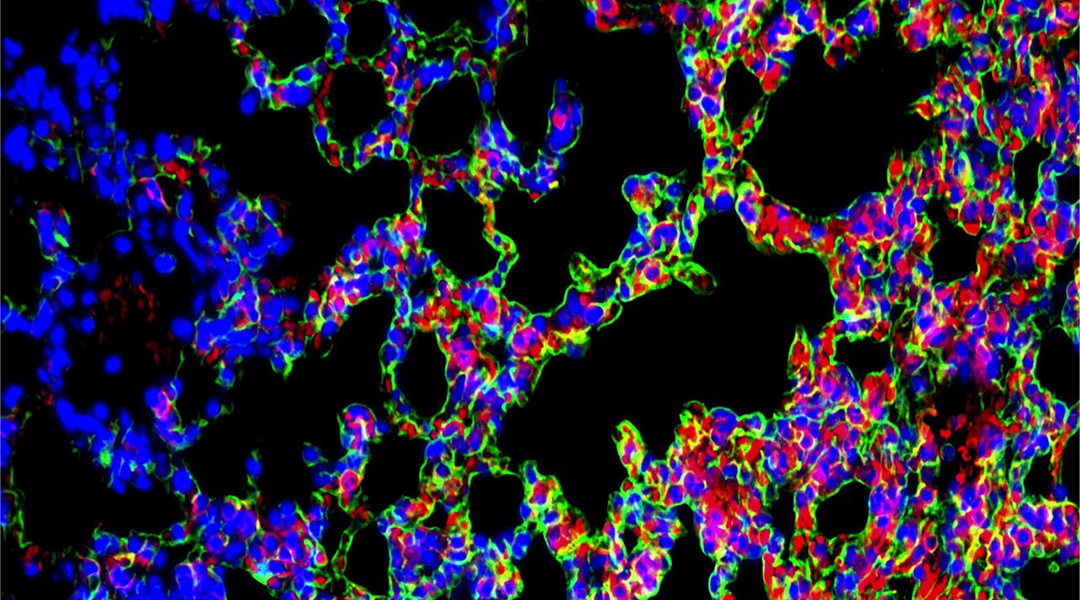 Idiopathic pulmonary fibrosis (IPF) is a lethal respiratory disease in which the lungs become scarred over time, making breathing difficult. Affecting over 5 million people worldwide, there are few treatment options — available medications merely slow down disease progression and can do nothing to prevent the inevitable.

“IPF is characterized by excessive deposition of extracellular matrix and progressive damage of alveolar architecture,” explained Xinyi Jiang, professor in the Department of Pharmaceuticals at Shandong University, in an email to ASN. “Death from respiratory failure is reported to ensue within 5 years of diagnosis in the majority of patients.”

“More worrying is that theoretical studies show that the COVID-19 pandemic may increase the incidence rate of IPF in the next few years,” added his collaborator Rui Zhang. “Patients with IPF have a poor prognosis, with a median survival of 2.5-3.5 years after diagnosis, and few treatment options.”

But there is new reason to be hopeful as in a paper published last month in Advanced Materials, Jiang and his team of researchers at Shandong University are seeking to change this narrative with a new proof-of-concept therapeutic that can reverse scarring in lung tissue as a result of IPF.

It’s not clear what triggers IPF, but development of scar tissue occurs as a result of abnormally functioning epithelial cells in the lungs. These cells act as an interface between the environment and the body, are involved in initiating immune responses, and help in repair following injury, among a number of other vital functions.

In patients with IPF, they become injured and begin producing high amounts of collagen and other extracellular matrix proteins that result in scarring and stiffening of the lungs. An effective therapeutic strategy requires that both the excess extracellular matrix be cleared and the damaged epithelial cells restored to their healthy state.

“Current clinical idiopathic pulmonary fibrosis treatment merely slows the disease progression and fail to recover alveoli, which results in only modest clinical improvements,” said Jiang. “In some cases, these medications even cause undesired side effects. Effective therapeutic strategies for IPF remain elusive, but urgent.”

An inhalable approach clears and repairs

There exists within the body an enzyme called matrix metalloproteinase, or MMP13, whose normal function is to break down extracellular matrix proteins. In fibrotic lung tissues, although MMP13 is present, the enzyme becomes overwhelmed and cannot keep up with the amount of collagen being produced.

“Replenishing MMP13 in [areas of acute injury] may accelerate the turnover of these proteins. However, this would only halt disease progression,” said the team. Actually repairing the lung’s epithelial cells requires them to be regenerated.

“We hypothesized that combined treatment with MMP13 and [growth factor] KGF could accelerate the clearance of the [extracellular matrix] and the reconstruction of the disrupted fibrotic alveoli, which may reverse the progression of IPF and restore lung function,” said Weiqiang Jing, another of the study’s authors.

The new therapeutic has therefore accomplishes two things: it clears out the scar-inducing extracellular matrix proteins and regenerates healthy cells with KGF — a biomolecule that induces cell division and the formation of healthy cells.

To do this, the team developed an inhalable nanocomplex that co-delivers an MMP13 mRNA therapy and KGF to the lungs. “Inhalation is a very old method of drug delivery, and in the 20th century, it became a mainstay of respiratory care known as aerosol therapy,” explained Zhang. “Inhaled drugs could be directly deposited in fibrotic foci [in patients with IPF] to avoid systemic side effects or poor drug absorption in the lung.”

The new therapy is made up of an inner core that contains MMP13 mRNA and a decorated outer protein shell that contains KGF. When inhaled, the nanoformulation is carried via microdrops into the lungs where they are deposited in the alveoli and penetrate into injured cells. Once there, the therapeutic particles are broken down by another metalloproteinase enzyme called MMP2, freeing KGF and the MMP13 mRNA to do their work.

In animal models, the new therapy was shown the heal fibrotic tissue, demonstrating the potential of this novel mRNA-inhaled delivery strategy as a viable treatment option for patients suffering from intractable idiopathic pulmonary fibrosis.

“Long-term toxicity studies are ongoing,” added Jiang. “Based on the current results, we have confidence in the clinical transformation of our new treatment, and expect to progress to clinical trials in the next 3~5 years.”