A simple crash landing allows drones to perch while minimizing the need for complicated control strategies that increase computational load. 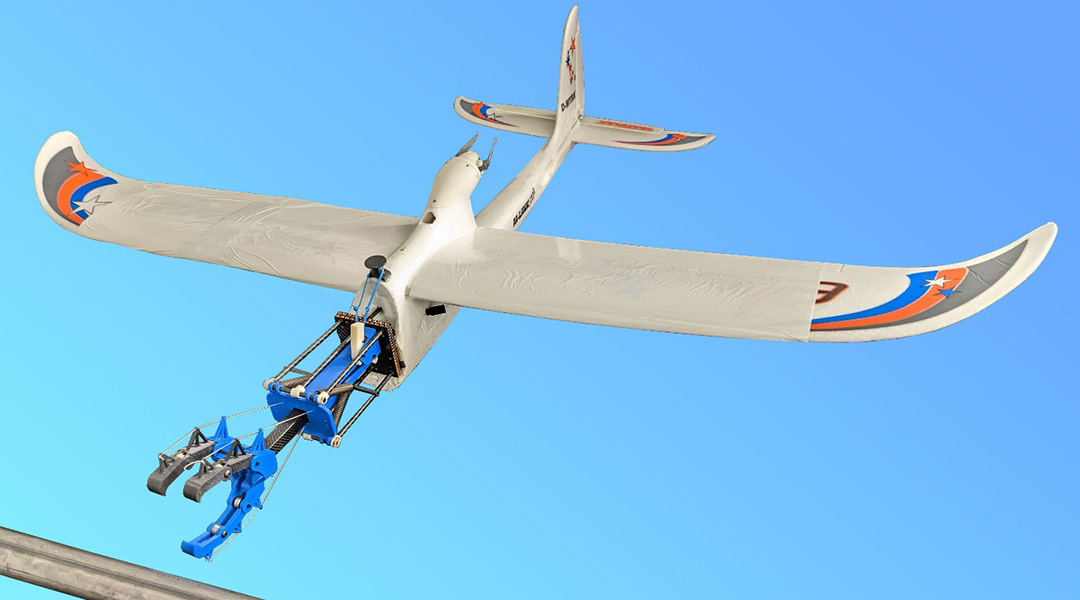 Researchers have long tried to mimic the accuracy and speed with which birds can maneuver in the air, attempting to recreate it in various types of flying robots, i.e., quadcopters and bio-inspired drones. It turns out that this is easier said than done because agile flight is difficult to simulate and control.

To make the problem more manageable, researchers have broken down the capabilities of birds into smaller parts and addressed each one individually. Thanks to this approach, scientists have already developed drones with morphing wings and tails that increase their agility, drones with grippers that mimic the claws birds to grasp objects, and swarming algorithms that help drones synchronize their flights.

However, one skill in particular has remained difficult to mimic. Birds can land effortlessly on different objects thanks to their ability to adjust their tail and wing flapping to quickly and precisely slow down during perching. But when it comes to drones, achieving the same speed adjustments is a big challenge because it requires combining many different technologies into a single robot.

To solve this problem, researchers are developing new speed control algorithms and robotic legs. In this vein, a team from the École Polytechnique Fédérale de Lausanne, Switzerland, have created a novel, claw-like mechanism that is placed on the front of the drone to perch onto different tubular structures, such as powerlines, bridges, cranes, and trees.

In their study, published in Advanced Intelligent Systems, a simple mechanical approach to perching was proposed as an alternative to existing control-based strategies that complicate and increase the computational load of the drone.

Perching with this claw is simple because the robot does not necessarily need to emulate the grace and elegance of a bird’s landing. Instead of slowing down before impact, the drone just crashes head on into the structure. At the moment of impact, the kinetic energy of the drone dissipates through an array of springs integrated into the claw. These springs bleed off the kinetic energy and store a portion of it. Then, during takeoff, this recuperated energy can be used to re-open the claw.

This mechanism will allow for perching at higher speeds than has been previously possible. Because this principle passively stores kinetic energy, it has the added advantage of not requiring additional energy expenditure during perching. Thus, this approach reduces the energy consumption of the drones during the flight and, on the large scale, can be used to decrease the environmental footprint. In the future, energy from the impact could even be used to charge the drone’s battery or to manipulate objects.

This should make things easier for future designers and expand the application of flying robotic drones. Perching can extend the missions, allowing them to reach more distant and hard-to-access places.

Perhaps one day drones will even be able to compete with the epic journeys of migratory birds!