A new deconvolution approach for understanding the properties of commodity polymers 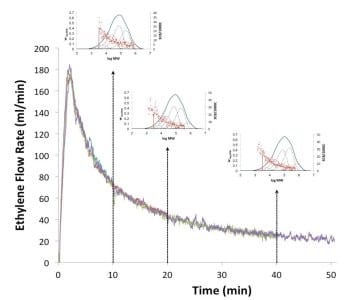 Polyolefins are the most common type of commodity polymers today. These versatile plastics can be found anywhere, from plastic bags and household appliances, to more sophisticated uses in the automotive and aeronautical industry.

Understanding how each site type of these catalyst works is essential to control the microstructure and properties of polyolefins. 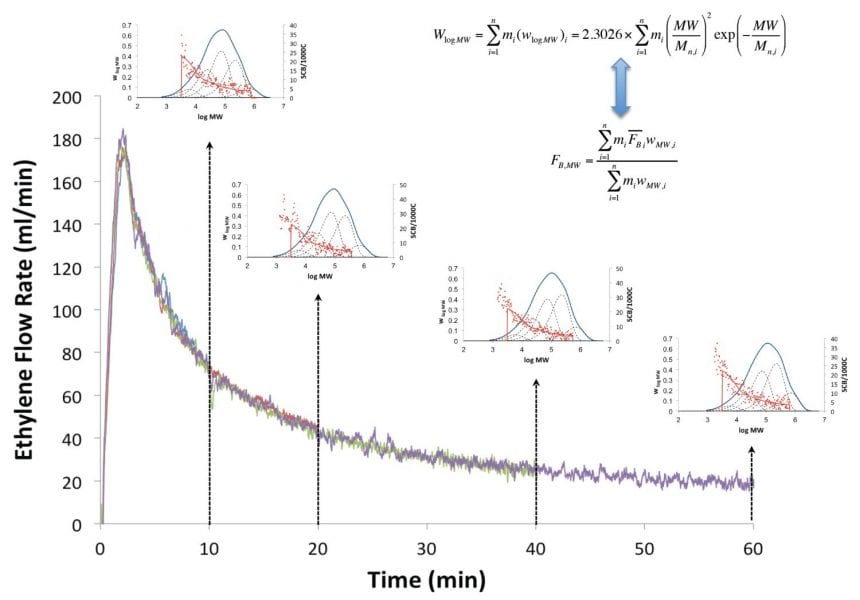 A useful technique to measure these microstructure properties is to analyze polyolefins by high-temperature gel permeation chromatography coupled with an infrared detector (GPC-IR). This analysis determines average fraction of α-olefin incorporated in the copolymer across the molecular weight. For polyolefins made with Ziegler-Natta or Phillips catalysts, the average α-olefin fraction decreases with increasing molecular weights. This is considered to be the fingerprint of polyolefins made with these multisite coordination catalysts.

Researcher from the University of Alberta and the East China University of Science and Technology now have developed a new methodology to identify site types of Ziegler-Natta or Phillips catalysts. The proposed approach uses the GPC-IR plots of sets of ethylene/α-olefin copolymers made at different polymerization conditions and polymerization times in a semi-batch reactor. From this information, the method estimates not only the minimum number of active site types on the catalyst, but also the MWD and the average α-olefin fraction of polymer populations made on each site type.

The method can also be extended to estimate the main apparent polymerization kinetic parameters and reactivity ratios per site type.