Biosensors using natural and artificial antibodies show different responses. Both systems are tracked with pico-newton resolution to find out why. 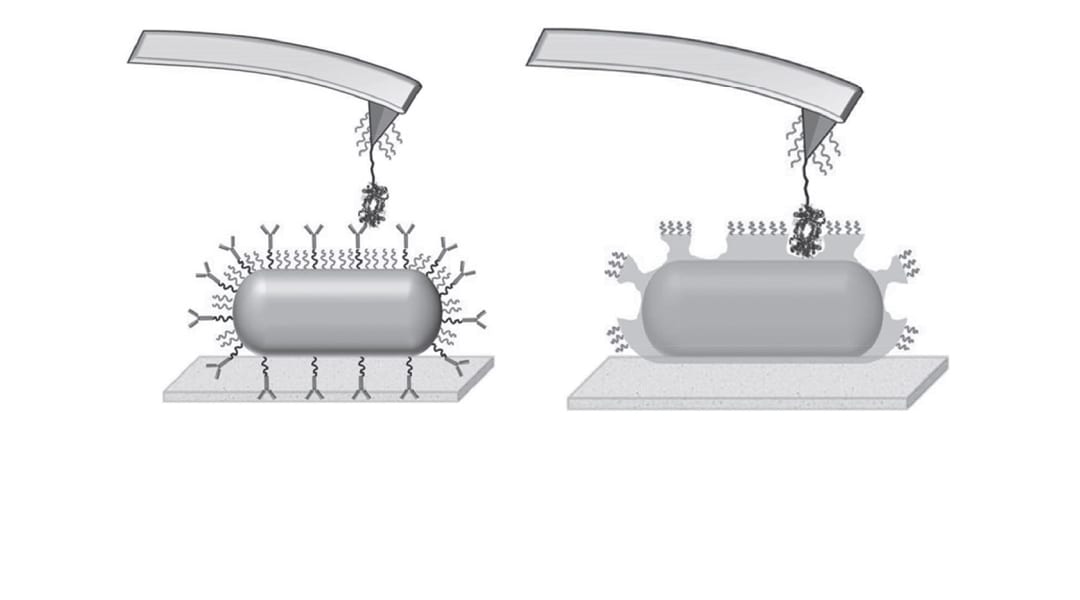 ‘Modern medicine’. The phrase conjures up thoughts of increased life expectancy, greater quality of life, and cures for ailments that many of us can reasonably hope never to experience. Ironically, therein lies a problem: if we are not normally exposed to certain dangerous antigens, how can our bodies learn to recognize and fight them when they suddenly find they must?

Most people know the answer to that: vaccines. Manufactured in a controlled environment, vaccines allow us to introduce our bodies to small, carefully regulated amounts of an antigen without the greater risks of encountering it under less favorable circumstances. As our ability to produce vaccines matures, an alternative to directly introducing our bodies to an antigen is becoming possible: artificial antibodies. 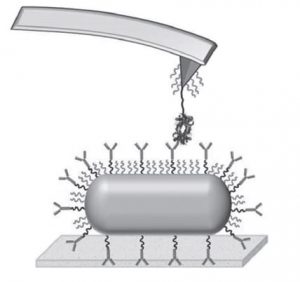 A popular method for the production of artificial antibodies is molecular imprinting. For example, a target virus may be taken as a template, and rationally chosen functional moieties are polymerized around it. The resulting cavity is able to act as an antibody for the virus by ‘recognizing’ its complementary shape, size and chemical functionality.

This recognition is critical for producing a sufficient immune response, and key to the clinical transition of these artificial antibodies is that their recognition ability should be superior to that of natural antibodies. A collaboration working across multiple departments of Washington University in St. Louis, USA, and affiliated with Shanghai Ninth People’s Hospital, China, is now trying to determine this by comparing the relative binding affinities of artificial and natural antibodies at a molecular level. 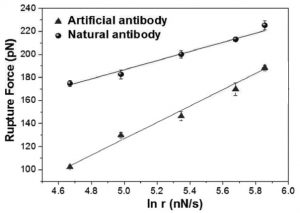 Taking hemoglobin as a target species, they immobilize hemoglobin­–antibody pairs on an atomic force microscopy (AFM) tip and substrate. Changes in the interaction forces between the two are tracked with pico-newton resolution as the AFM tip loading rates are varied, allowing measurement of the kinetics of both the natural and artificial systems as well as the differences between them.