NASA’s Lunar Flashlight Spacecraft may be in deep space trouble

Three of the briefcase-size satellite’s thrusters are underperforming, jeopardizing its journey to the Moon. 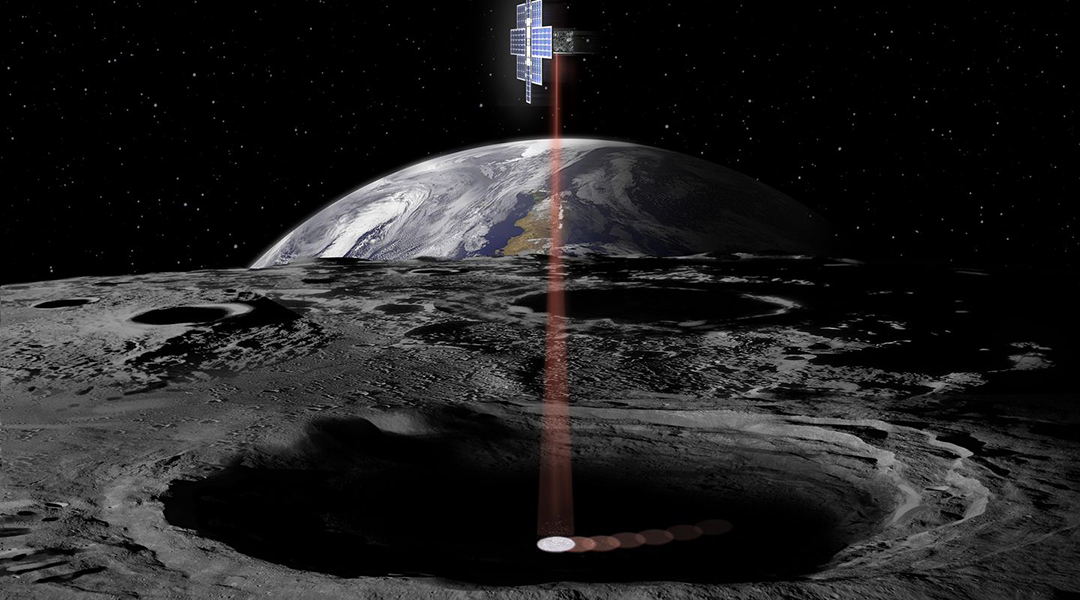 NASA’s Lunar Flashlight mission has run into trouble during the early stages of its four-month journey to the Moon. The space agency revealed on Thursday, January 12th that three of the four thrusters carrying the briefcase-sized satellite, or “SmallSat,” to its lunar destination are not functioning optimally.

“The mission team, which first observed the reduced thrust three days after launch, is working to analyse the issue and provide possible solutions,” NASA wrote, addressing the Lunar Flashlight’s difficulties. “Based on ground testing, the team thinks that the underperformance might be caused by obstructions in the fuel lines that may be limiting the propellant flow to the thrusters.”

Searching for ice on the Moon

The Lunar Flashlight Spacecraft mission launched from Cape Canaveral Space Force Station in Florida on Saturday, December 10th in what was described as “a beautiful launch,” by John Baker, the Lunar Flashlight project manager at NASA’s Jet Propulsion Laboratory in Southern California.

The primary objective of the SmallSat is to search for water ice on the Moon, but it is also testing a new green propellant.

During its journey thus far, the propulsion system of the Lunar Flashlight has operated only for short-duration pulses of a few seconds at a time. Its operators plan to fire the thrusters for longer durations in the hope that this could clear any potential fuel line obstructions. The extended use of the propulsion system could also help to the SmallSat perform trajectory correction manoeuvres to get it back on course for an orbit of the Moon.

The NASA team is also making plans for an eventuality that sees the Lunar Flashlight Spacecraft’s propulsion system continuing to underperform. This will involve using the reduced thrust capacity of the propulsion system to perform the same manoeuvres.

The team is on a tight timeline as in order to successfully orbit the Moon and conduct its investigation, the Lunar Flashlight Spacecraft will need to begin performing daily trajectory correction manoeuvres as early as the beginning of February.

Should it successfully reach lunar orbit, the SmallSat will use a new laser reflectometer built with four near-infrared lasers to shine a light into the permanently shadowed craters of the Moon’s South Pole in an attempt to detect surface ice.

To do this the Lunar Flashlight craft will occupy a unique orbit called a near-rectilinear halo orbit only achieved by one other spacecraft thus far, NASA’s Cislunar Autonomous Positioning System Technology Operations and Navigation Experiment (CAPSTONE) mission.

The same orbit is planned for the International Gateway Space Station, which will eventually circle the Moon, facilitating sustained, crewed space missions to the lunar surface and beyond.

This near-rectilinear halo orbit will allow the Lunar Flashlight Spacecraft to swoop over the lunar south pole at a distance of just 9 miles (15 kilometres) and will carry it away to a maximum distance of around 43,000 miles (70,000 kilometres) away.

Located at a precise and stable balance point in the gravitational interaction between the Earth and the Moon, the near-rectilinear halo orbit is energy efficient, allowing the SmallSat to carry very little propellant.

The propellant that is carried by the Lunar Flashlight Spacecraft is a green propellant called Advanced Spacecraft Energetic Non-Toxic (ASCENT), which NASA says is safer to transport and store than the commonly used propellants, such as hydrazine. It is hoped the SmallSat would, as the first interplanetary spacecraft to carry ASCENT, demonstrate the value of this fuel for future use.

Other than three of the SmallSat’s thrusters, NASA says that the other systems aboard the Lunar Flashlight Spacecraft are operating well, including its Sphinx flight computer, and its Iris radio system. Iris is used to communicate with the Deep Space Network and allows precision navigation capability for small spacecraft that will be employed in the future to allow tiny craft to rendezvous and land on other solar system bodies.

Even if the propulsion system of the Lunar Flashlight Spacecraft is brought back to full capacity, the craft is doomed to die in space as there are no plans to recover it and return it to Earth after its mission concludes.

Dark matter from quantum gravity
Astronomers record last moments of star as it's devoured by a black hole and turned into "spaghetti"
First images of a multi-planet system with a Sun-like star
Is the Universe running out of stars?