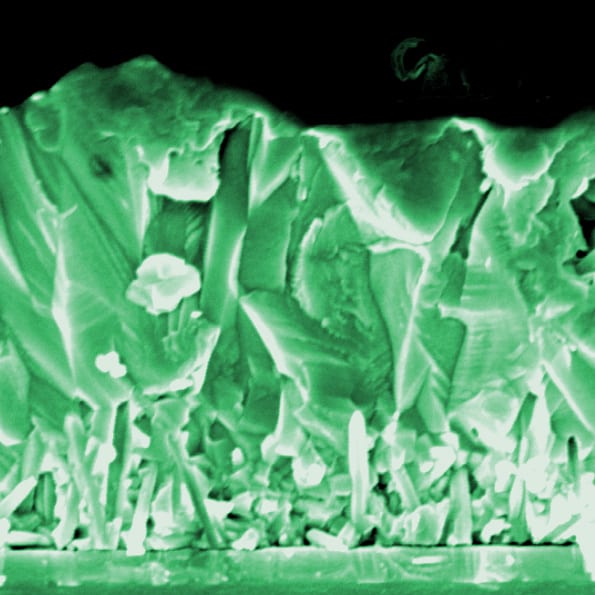 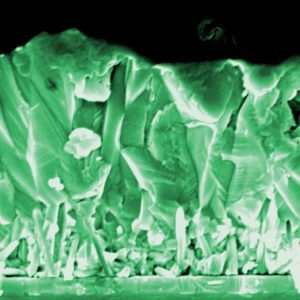 One of the ways of ensuring a sustainable solar cell industry is to make cheap and stable cells, using abundant and environmentally friendly materials. However, until now, many such solar cells, particularly those made from copper and zinc oxides, have had their performance limited by the poor collection of photogenerated charges from these materials. A new study shows how the problems of high cost and long fabrication times associated with the deposition the most efficient nanostructured inorganic solar cells can be overcome.

Using a simple, fast electrodeposition method, Professors Schmidt-Mende, MacManus-Driscoll and Scheu and their co-workers were able to sequentially assemble light-absorbing copper oxide and zinc oxide nanowire arrays to form solar cells with continuous, interdigitated and nanoscopic interfaces. They achieved a five-fold improvement on the efficiency of electrodeposited inorganic solar cells. In doing so, they found that high-quality interfaces are vital for the production of efficient nanowire solar cells, showing that nanoassembly of the active layers tackles the limited charge collection in inorganic solar cells electrodeposited from low-temperature solutions. This is shown in their results: the charge collection efficiency and light absorption in their device structure increased significantly.

The materials used in these solar cells are inexpensive and stable, making them promising for use in low-cost solar panels. The electrodeposition method is scalable, so the ability to coat these cells on virtually any conducting surfaces makes them of great interest for integrating energy harvesting capabilities into building materials and consumer products.