Moving messengers making their way to the limelight

Every gene found in our DNA exerts its action via the activity of its encoded protein product. However, the synthesis of the protein cannot take place directly from the gene. An intermediate messenger RNA (mRNA) molecule is first produced from the gene via a process termed transcription that takes place in the cell nucleus. Once […] 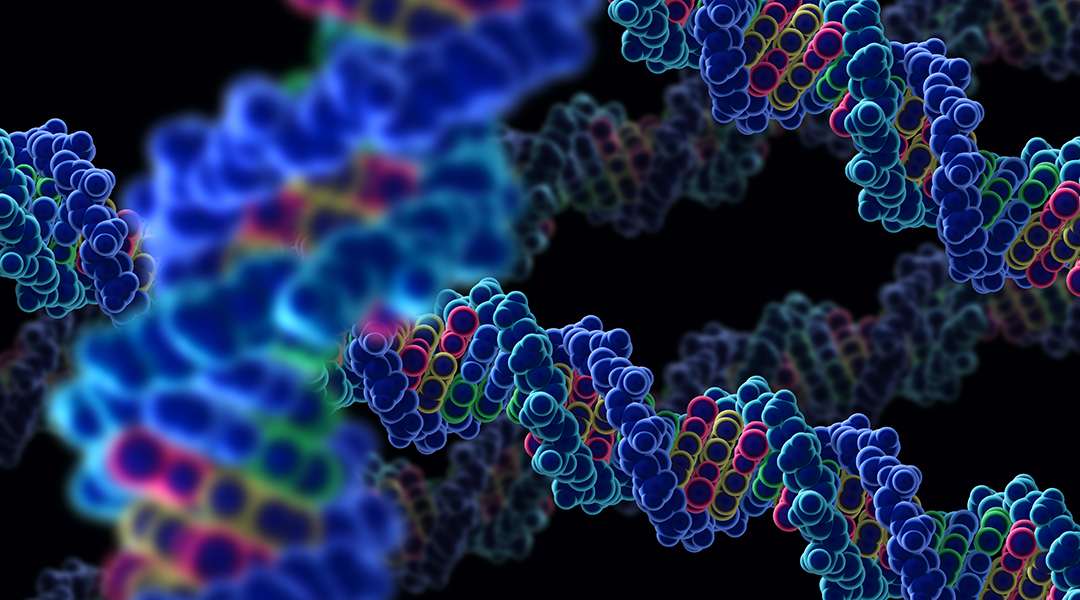 Every gene found in our DNA exerts its action via the activity of its encoded protein product. However, the synthesis of the protein cannot take place directly from the gene. An intermediate messenger RNA (mRNA) molecule is first produced from the gene via a process termed transcription that takes place in the cell nucleus. Once the mRNAs are born and progressively become mature, they come out from the nucleus to the cytoplasm where they serve as precursors to proteins via a complex cellular process termed translation.

Previously, almost all kinds of messenger RNAs that move between the nucleus and cytoplasm were thought to be utilized for the production of the corresponding proteins. However, extensive research in the last two decades addressing the fate of the messenger RNAs following their transport into the cytoplasm suggest that a significant fraction of total cellular mRNAs do not immediately engage in translation (protein production). Instead, many of them are first transported from the nuclear periphery to various subcellular territories where their corresponding proteins will perform their cellular functions. These destinations include the vicinity of specific cell-organelles (mitochondria or endoplasmic reticulum), specific sub-cytoplasmic domains, the periphery of the cell membranes, and many more outreaches before they are translated.

Scientists believe that the movement of the mRNAs in the cells from the nucleus to another location is vital for controlling the spatial distribution of the various critical cellular proteins. Since every protein in the cell has a function in a particular location in the cell, a given protein must be present in a large concentration at that site for its optimum action.

Researchers have now found that the cells are better off if they transport the precursor mRNAs to the appropriate sites of the function of their respective proteins rather than if they make the proteins at any random location. The latter possibility would lead to the risk of sending a specific protein to the wrong cellular sites, which interferes with the protein’s function and also costs the cell a considerable amount of additional energy.

In a recent review published in WIRES RNA, Drs Biswadip Das, Anusha Chaudhuri, and Subhadeep Das from Jadavpur University presented a detailed account of movements of mRNAs in the baker’s yeast, exploring various kinds of transporting mRNAs, the cellular carriers who transport these messages, and the disease consequences if these RNAs do not get managed to localize to their appropriate locations.

“Since studying a complex process like mRNA localization in higher organisms is complicated,” explains Dr. Biswadip Das, “use of a powerful model organism with the availability of a robust experimental technologies, such as baker’s yeast, gives us a handle to conduct experiments addressing mRNA trafficking, which otherwise would be pretty tough to carry out in higher organisms like humans. Demonstration of a large number of localized mRNAs, availability of high-end cell imaging technology, and other high-throughput methods in baker’s yeast has made it an unmatched system to study mRNA transport and localization. Researchers have discovered a lot of information regarding the genes involved in the mRNA transport in higher organisms and how the cellular machinery works to transport these mRNAs”.

Cells acquire multiple advantages from the mRNA localization and trafficking. “Directed transport of an mRNA to a specific subcellular zone saves a lot of cellular energy,” says Dr. Anusha Chaudhuri, one of the study’s authors. “Since the production of one copy of a given protein requires a lot of energy, it is a better strategy for the cells to send and target the precursor mRNAs to the site of action of the corresponding proteins rather than producing the proteins before mRNA arrives on-site. This may cause plenty of mislocalization of these proteins before arriving at the site of their actions. Consequently, cells have to unnecessarily produce a lot of proteins to compensate for this mislocalization on-site.”

How does a specific mRNA know its final intracellular destination? It turns out that this information is engraved in the messenger RNA sequence itself, which are dubbed RNA localization elements or RNA zip codes. Mounting evidence indicates that these elements act as an “address of the final destination of the mRNA on a post-it note”, which plays a fundamentally crucial role in conveying the cellular machinery about their final destinations.

The cellular workforce consisting of an elaborate array of RNA binding proteins, in turn, read the “molecular address” written in the zip codes of these mRNAs and thereby transport them to their specific termini. For recognition, these RNA binding proteins have to physically bind to these mRNA zip codes, which leads to prompt recognition of their final destination addresses followed by their transport and delivery to the distinct sub-cellular territories.

“All localized mRNAs harbor the mRNA sequence information called mRNA zip codes or localization element that works as a ‘zip code’ or ‘molecular address,” explains Dr. Subhadeep Das, another author of the study. “Cells also need a group of RNA binding proteins for their successful delivery of these mRNA cargos to their correct destinations. These act just like the postal workers, who recognize the molecular address written in these engraved ‘zip codes’ in mRNA sequences and carry them to these destinations.”

Researchers also believe that while in transit, the moving mRNAs are also required not to produce their respective proteins prematurely to prevent their mislocalization and to increase their concentrations at the site of action.

“Inhibition of protein production during the transit of an mRNA is a vital aspect of the mRNA localization process since the mRNA transport process aims to increase a high local concentration of the final protein product that would increase the functional efficacy of the protein,” explains Biswadip Das. “Efficient and prompt intracellular transport of the mRNAs to their subcellular destinations without being translated beforehand, thus functionally impinge and influence vital cellular processes that these localized proteins carry out.

“No wonder that many neuropathological disorders and several types of cancers are now found to be linked to the mRNA trafficking. We are strongly hoping that cutting-edge research in the field of mRNA localization and transport will be able to throw new light to unveil novel therapeutic approaches to some of these disorders within the next decade.”