Monitoring of blood capillary/vessel patterns with spatially resolved diffuse reflectance spectrometry might allow for the early detection of clinical shock. 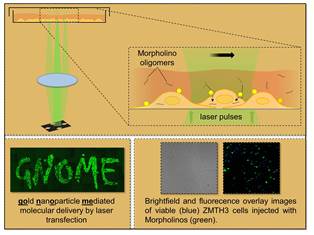 Clinical shock is one of the most common causes of the high mortality rate among critically ill patients in intensive care units. During shock, the transport of oxygenated blood is not sufficient to meet the metabolic demands of the tissue. Early detection is important as shock-preventing medical interventions have to be performed before reversible shock conditions become irreversible.

Although the causes of shock are varied, the basic abnormalities in pathophysiological changes are the same. Early shock can have a variety of signs: a dramatic change in blood oxygenation, specific alteration of the blood pressure and alterations of the blood capillary/vessel network such as period increase, amplitude decrease and diameter changes, depending on the type of shock. Hemodynamic monitoring is currently used for shock detection. Unfortunately, the employed techniques provide only a general indication of the patient’s status and are not always sufficient for determining whether or not a patient is at risk of going into shock. Furthermore, most of these techniques are expensive, difficult to apply, invasive and require complex data processing. For complex and life-threatening infectious diseases with consecutive septic shock development, reliable diagnostics can only be achieved through laborious and time-consuming procedures.

Using a skin tissue phantom model, the researchers from Erlangen University and University Hospital Erlangen were able to validate their new method. The tissue phantom was made up of epoxy-resin-containing capillary channels mimicking the blood capillary/vessel spatial network. Titanium dioxide served as a scatterer and ink as an absorber. The experimental setup included a spatially resolved fiber probe consisting of twenty-nine optical fibers arranged over the skin tissue phantom in an array. Twenty-eight fibers were used as light illumination fibers and one as a detector connected to the spectrometer. The illumination fibers were dynamically switched on and off one after another, starting from the detector side towards the other end.

This preliminary study shows that the group’s method might be used as a real-time and non-invasive tool for the monitoring of shock development and feedback on the therapeutic intervention for emergency & rescue teams as well as for intensive care units. However, further studies will be needed to confirm the potential clinical utility and accuracy of spectrally-spatially resolved diffuse reflectance techniques in animal and patient models.