Novel findings suggest that miR‐146a‐5p may be useful as a noninvasive biomarker and as a targeted therapeutic in several cancers. 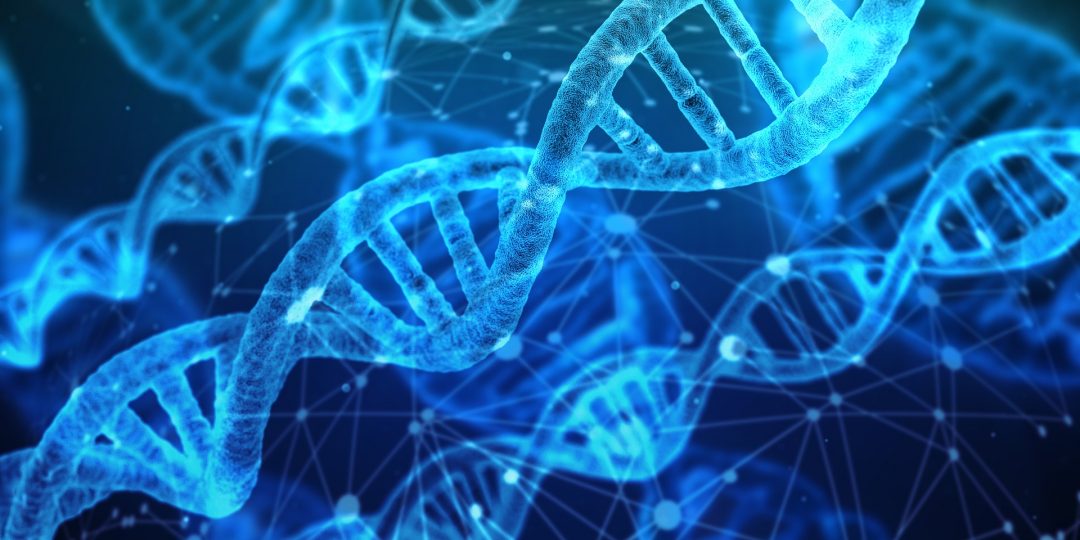 Cancer as we know it is actually an umbrella term for over 100 very unique malignancies in various tissues throughout the human body. Each type, and even sub-type of cancer, has different genetic, epigenetic, and other cellular events responsible for malignant development and metastasis.

At its most basic level, cancer is fueled by aberrant gene expression. Hundreds of different proteins work together to control how fast cells grow, divide, and move, and how long they survive. When uncontrolled, all of these processes can support cancer formation and progression.

Gene expression is a simple term for the complex process where the DNA code is converted into RNA molecules, called messenger RNAs (mRNAs), which are then translated into proteins. Over the last several decades, researchers have discovered that our DNA contains many genes that are transcribed into RNA, but do not code for protein. These non-coding RNAs include microRNAs (miRNAs), which are very small—typically 18-22 bases long.

miRNAs can block specific mRNAs from being translated into protein and are therefore very important in how gene expression is regulated. Because of this, improper expression of certain miRNAs can contribute to cancer development. Currently, groundbreaking work is being performed by academic labs and biotechnology companies aiming to develop miRNAs as novel cancer treatments.

A WIREs RNA review takes an in-depth look at the most recent findings regarding the significance of one particular miRNA, miR-146a-5p, and its involvement in cancer.

Interestingly, this miRNA is expressed at different levels in various cancers. In some cancers, such as glioblastoma, prostate cancer, and pancreatic cancer, miR-146a-5p expression is lower than non-cancerous cells. In other cancers, including bladder cancer, cervical cancer, and melanoma, there are greater amounts of this particular miRNA compared to the normal state. Our article describes the role of miR-146a-5p in individual cancers, as suggested by the literature, and also lists the various genes and pathways it has been shown to regulate. 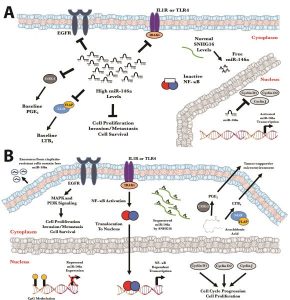 The WIREs review also outlines very novel findings that may support the use of miR-146a-5p as a non-invasive biomarker that could be used to diagnose specific cancers. Some cancer cells can secrete miR-146a-5p in tiny particles called exosomes. These exosomes can be released into different human body fluids such as blood, saliva, and urine.

As demonstrated in intriguing work, researchers have observed different levels of miR-146a-5p in body fluids from cancer patients compared to healthy individuals. For example, patients suffering from bladder cancer had higher amounts of miR-146a-5p in their urine than healthy people did. These results are exciting because they give hope that cancers may be able to be diagnosed through a simple examination of body fluids, which would be a valuable tool to detect the disease at an early stage.

Additionally, the review cites multiple studies that show how treating cancer cells with a miR-146a-5p synthetic mimic could synergize with certain chemotherapies, and in some cases re-sensitize cells to an anti-cancer drug. These novel findings suggest that miR-146a-5p may be useful as a targeted therapeutic to be used in combination with current therapies.