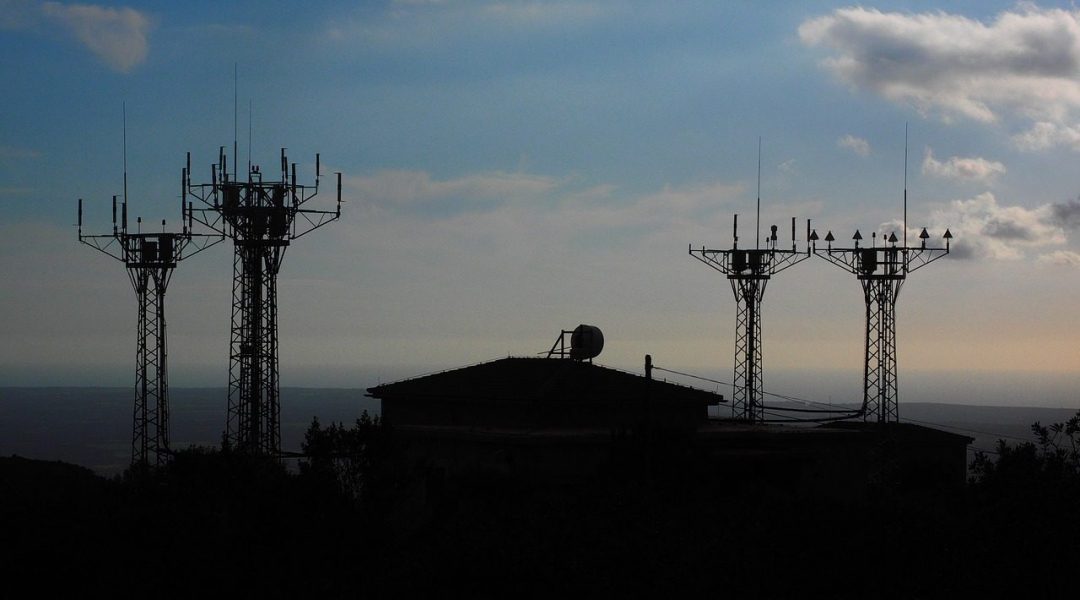 Accurate and robust measurement of the space-time variation of rainfall over large areas is highly relevant for sectors such as water management, weather prediction, agriculture, and traffic control. In a recent primer published in WIREs Water Uijlenhoet and co-workers  provide a review of a novel way to measure rainfall, namely using microwave links from cellular communication networks as path-average rain gauges.

In a world where people and devices are increasingly globally connected, cellular communication networks are indispensable and ubiquitous. The number of mobile phones and other cellular devices used worldwide currently exceeds the global population. Wireless communication between our cell phones is possible via microwave antennas installed on roofs of buildings or on dedicated communication towers. Electromagnetic signals exchanged between such antennas, i.e. among telephone towers, are attenuated by rainfall along their propagation paths. As rainfall patterns change in time and space, so do the strengths of these attenuations.

The temporal dynamics of these signal losses can be monitored relatively easily and converted into path-average rain rates. As such, any so-called microwave backhaul link can potentially be used as a path-average rain gauge. The rapid growth of the number of microwave links used globally for cellular communication (currently estimated at 4 million) therefore provides an enormous potential for improved continental-scale precipitation monitoring and prediction.

Over the past decade, a growing community of researchers has, in close collaboration with cellular communication companies, developed methods to convert the microwave link signals to hydro-meteorologically useful rainfall estimates. Operational meteorological and hydrological services as well as private firms are showing an increased interest in using this complementary source of rainfall information to improve the products and services they provide. The greatest potential of these opportunistic environmental sensors lies in those geographical areas over the land surface of the Earth where the densities of traditional rainfall measurement devices are low: mountainous & urban areas and the developing world.