The third MetOp weather satellite is being put to the test. 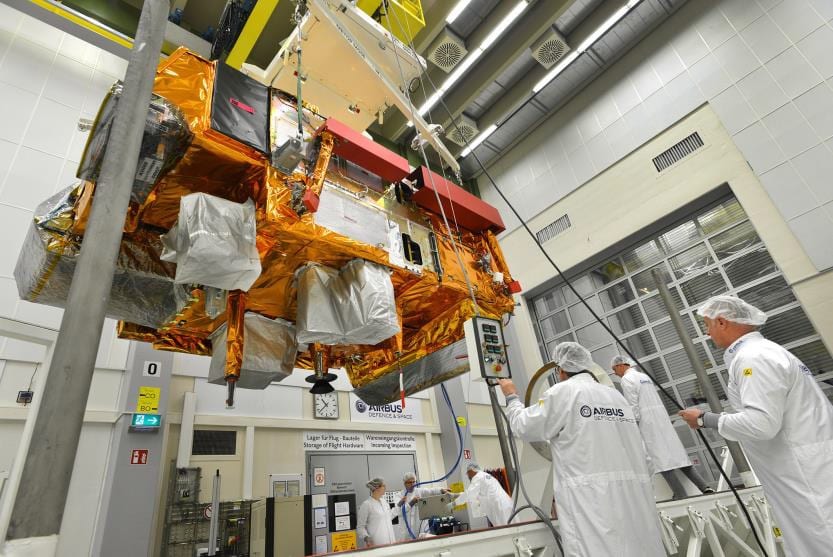 MetOp is a series of operational polar-orbiting weather satellites that orbit the Earth at an altitude of around 800 km. The first satellite in the series, MetOp-A, was launched in 2006 and was followed by MetOp-B in 2012. Both ‘weatherstations’ have since been operating successfully in space.

MetOp is a real all-rounder. An infrared scanner, for example, provides 3D data on temperatures and humidity in the Earth’s atmosphere with unparalleled accuracy. Approaching storms can therefore be detected several hours in advance. The instrument can also collect data on greenhouse gases, such as carbon dioxide, carbon monoxide, or methane on a total of 8400 spectral channels.

The tasks of MetOp include near-surface wind measurement over the oceans, the observation of sea ice distribution and the monitoring of the ozone layer in the stratosphere. But MetOp also transmits other signals: The satellite receives measurement data from ships, buoys and research stations, as well as signals from people in distress. 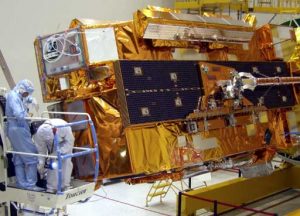 MetOp’s scanner provides 3D data on temperatures and humidity in the atmosphere, besides wind measurement, observation of sea ice distribution and monitoring of the ozone layer in the stratosphere. Source: Airbus.

Airbus Defence and Space, the world’s second largest space company, has sent the MetOp- C payload module, the ‘brain’ for Europe’s next polar-orbiting weather satellite, on its first journey. The module, which weighs around 2.1 tonnes, contains ten measuring instruments together with their control systems. These comprise systems for issuing commands and monitoring instruments, formatting data, encrypting and storing it as well as transmitting it to Earth.

In the coming six months, the payload module (PLM) will be tested in space conditions at the Space Research and Technology Centre (ESTEC) of the European Space Agency (ESA) in Noordwijk in the Netherlands. There, around 30 employees will carry out comprehensive functional tests on the PLM of the third and last MetOp satellite of the first generation. The module will then go on a second trip, to the Toulouse site, where it will join up with the service module (SVM). The service module houses the main computer, power supply, attitude and thermal control systems as well as systems for controlling communications with the ground station. MetOp-C is currently planned to be launched in October 2018.