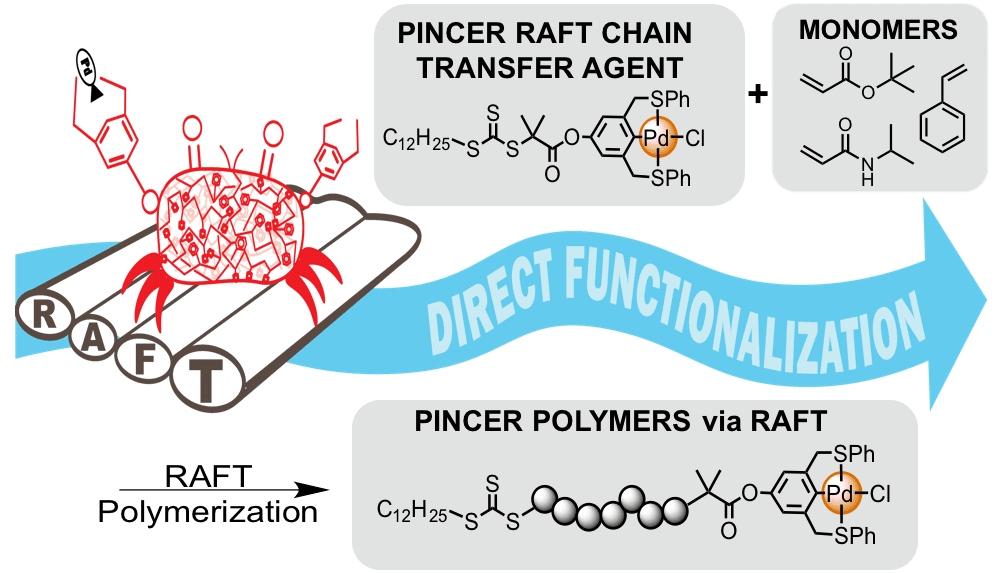 In previous examples, post-polymerization reactions were conducted to functionalize MC moieties onto a polymer chain. These reactions have exhibited incomplete transformations or afforded multiple products that were inseparable from unreacted starting materials. From a supramolecular assembly standpoint, achieving high fidelity and control requires quantitative functionalization and incorporation of MC motifs onto all polymer chains.

State of the art techniques to synthesize high-fidelity, quantitatively-functionalized metallo-supramolecular polymers without post-polymerization involve only ring-opening metathesis polymerization, severely limiting the kinds of materials that can be fabricated. 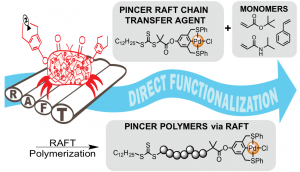 In their Communication in Macromolecular Rapid Communications, Prof. Marcus Weck and co-workers from New York University demonstrate that MC polymers can be fabricated via reversible addition-fragmentation chain-transfer (RAFT) polymerization in a direct fashion, a type of controlled radical polymerization (CRP) method. They also show that using RAFT to fabricate the MC polymers does not interfere with the fidelity of polymers obtained, whilst maintaining 100% functionalization of the metal center in the MC moiety. Tedious, low-yielding, post-polymerization metalation routes are avoided, whilst ensuring that quantitative functionality of polymer chain termini. The authors confirmed the sustenance of this functionality by performing elemental analysis on samples after polymerization of poly(tert-butyl acrylate), poly(styrene), and poly(N-isopropyl acrylamide), which showed close to 100% palladium metal content intact as compared to theoretical calculated values. This new methodology utilizing RAFT is amenable to a wide array of vinyl monomers, opening up several new classes of MC polymers that can be synthesized using this method; this lends great utility to the field of supramolecular material science.