Using an implanted device to build up muscle mass on board the ISS. 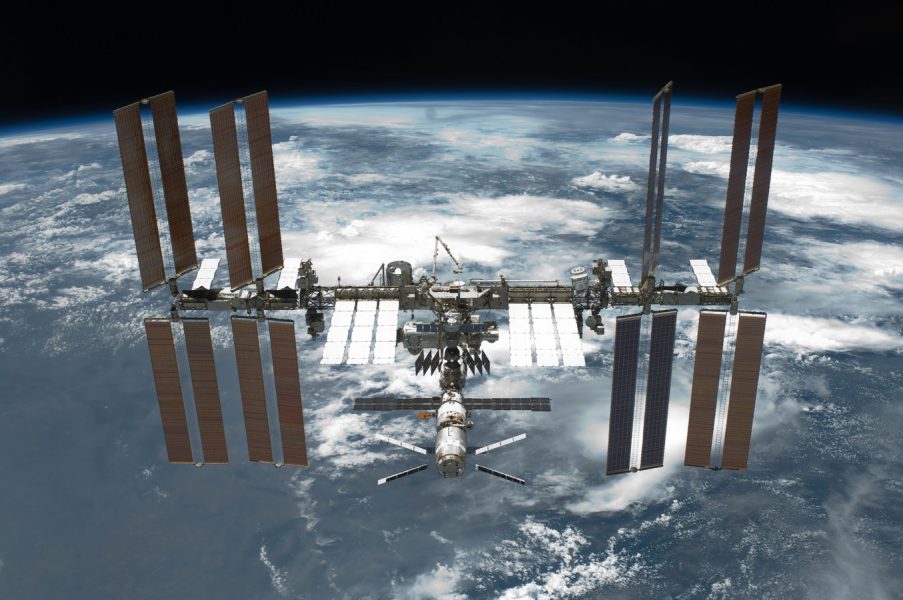 When astronauts spend more than five days in micro-gravity, they can lose up to 20% of their muscle mass. This muscle wasting presents a significant health risk for long journeys, such as NASA’s planned journey to Mars later this decade.

Astronauts like Mike Kelly, who in 2015 spent 340 days in space, exercise for an average of two and a half hours every day. This helps to minimize the impact of muscle atrophy.

A drug regime that could assist the work done through exercise may be of use for future missions. In this context, a team of researchers recently reported the results of a mouse study conducted as part of a SpaceX resupply mission to the international space station.

The mice were implanted pre-flight with a device called a “Nanofluidic Delivery System” (shown above). This device is designed to gradually release very small doses of a drug; in this case, formoterol.

Formoterol is an FDA approved drug for use in bronchodilation. It has also been shown to stimulate increased muscle mass. But at the doses needed for this effect, cardiac related side effects have been observed.

The team hoped that the systematic low dose of formoterol allowed by the nanofluidic delivery system would provoke muscle growth, while avoiding side effects.

A variety of experiments were performed on the mice. In one experiment, a treatment and a control group of mice were transported to the international space station aboard an unmanned SpaceX flight. The astronauts on board the ISS transferred the mice to the rodent habitats.

The mice spent 29 days in space, before splash down near Long Beach Port in California. After retrieval from the ocean, the impact of the drug was assessed.

The muscle mass of the treatment group was significantly higher than that of the control, showing that the implanted device could be used to ward off the muscle wasting effects of long space flights.

However, it was also found that on average, the heart masses in the treatment group had increased. This result is particularly perplexing in light of separate findings by the same team. In a control study on earth, no change in heart mass was observed, and in a simulated low gravity experiment on earth, heart mass actually decreased.

While more work remains to be done to properly assess the side effects, the experiments performed to date demonstrate proof of concept; slow dosing of formoterol can be used in space to increase muscle mass.

Rising Above Climate Apathy
What is the carbon footprint of carbon capture and utilization?
Sniffer dogs detect COVID-19
Beyond Haber-Bosch: Non-Equilibrium Photocatalysis